Hayek’s Road Comes to an End: News: The Independent Institute

Friedrich Hayek, who died on March 23, 1992 at age 92, was arguably the greatest social scientist of the twentieth century. By the time of his death, his fundamental way of thought had supplanted the system of John Maynard Keynes—his chief intellectual rival of the century—in the battle since the 1930s for the minds of economists and the policies of governments.

Hayek’s ideas, which won him a Nobel prize in 1974, influenced Ronald Reagan’s supply-side policy and Margaret Thatcher’s privatization program. He (along with Milton Friedman) is now the most-respected economist in Eastern Europe. Most important, his ideas have been confirmed by events. His analyses of socialist as well as non-socialist societies have been proven astonishingly correct by the breakup of communist Eastern Europe.

Hayek’s influence has gone far beyond economics, however. During the past few decades, his system of thought—building upon the ideas of David Hume, Adam Smith, and other Scottish thinkers of the eighteenth century—has seeped pervasively into scholarly writings. He has influenced not only contemporary economics, political science, and philosophy, but also sociology, psychology, and anthropology. And this influence grows larger each year.

In the 1940s and 1950s, Freud and Keynes were the names to conjure with—literally. No mainstream scholar doubted the basic validity of their systems. Those few writers who argued that the Keynesian or Freudian ideas are theoretically flawed, or lack validation by empirical test, were considered cranks. It then seemed unthinkable that by the 1980s either Freud or Keynes would be largely discredited. Yet that turnaround has occurred.

Hayek’s great work all flows from the fundamental vision of classical economics and political science which Hayek terms “spontaneous order.” This evolutionary principle (originally enunciated in 1705 by Bernard Mandeville) ascribes the development of society and economy to what Adam Ferguson—colleague of David Hume and Adam Smith—called “human action but not human design,” but more commonly known as Smith’s “invisible hand.”

Hayek flexibly and pragmatically adapted this principle to various conditions of modern everyday life. And he derived from this principle the corollary that because every set of circumstances is different, setting general policies from afar is usually inferior to decisions made on the spot by interested parties. On these insights, together with his rock-bottom value of personal liberty under law, Hayek consistently builds his system of politics and economics.

Hayek’s central point with respect to policy is that economic activity cannot be effectively planned and coordinated from a central bureau. Socialism inevitably founders on the impossibility of even the largest computers effectively collecting and analyzing data about individual and group preferences, abilities, and perceptions of their circumstances. Only a system of decentralized decision-making and exchange-induced cooperation—the “invisible hand”—is feasible for a modern complex economy.

Hayek taught that progress arises from an evolutionary process of “discovery” wherein diverse firms and consumers experiment with a variety of profit-seeking activities. Most innovators fail in the marketplace, to their private cost. But some succeed, to the benefit of the public.

Journalists routinely applied the label “conservative” to Hayek. But one of his most trenchant writings is entitled “Why I Am Not a Conservative.” He said that conservatives oppose change and promote authority, but not he. Instead, he—like Milton Friedman—preferred the label “liberal,” with the connotations it had in Great Britain in the early nineteenth century.

Hayek was pragmatic and undogmatic, and his judgments were generally moderate. The main exception was his assertion that a country cannot be “just a little bit” socialist, and that there is no “middle way” between socialism and free enterprise. He believed that any element of socialism tends to spread its tentacles until it entirely corrupts a society.

Hayek’s judgment proved sound in most respects. His 1930s assessment of socialism’s prospects has proven exactly correct. Luckily, Hayek lived long enough to see this confirmation of his analysis in Eastern Europe.

A difficult element in Hayek’s thinking is his apparent condemnation of planned policy change. But Hayek was not against all self-conscious social change. Indeed, he considered the framing of broad-ranging, even-handed, law-based rules for human conduct to be perhaps the most important and challenging task in a society. He simply wanted us to be leery of making social changes until we have done our level best to determine whether there are subtle hidden benefits from apparently dysfunctional or irrelevant customs or systems.

Following Hume, Hayek told us that we can never know why many valuable and important customs and systems evolved. Hence he hoped that we give vestigial practices the benefit of our doubt, and perhaps a bit more. His view may be summed up in a phrase attributed to Robert Frost: Never pull down a fence until you know why it was put up.

A typical bit of Hayekiana to close: After receiving the Nobel prize Hayek wrote that the prize should not be awarded in economics. His reason? Once a person receives the prize, he or she is inevitably asked by journalists about subjects outside his or her special knowledge. And too often the laureate responds to such questions. The answers have a good chance of causing damage because they are taken as statements of expert knowledge even though they are nothing more than uninformed opinions. Hayek’s personal modesty, reflected in this view of the Nobel prize, is part-and-parcel of his abhorrence of the “fatal conceit”—the title of his final book—that the reasoning powers of clever people are capable of successfully remaking society at will. 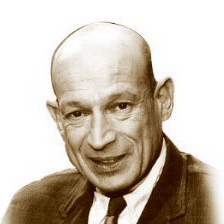 Julian L. Simon (1932–1998) was a Research Fellow and Member of the Board of Advisors at the Independent Institute and Professor of Business at the University of Maryland.
EconomistsEconomyPhilosophy and Religion

RELATED
Economists Should Know Better than to Support Big Government Democratic Policies
The World Is Facing Its Day of Inflationary Reckoning
What Can Healthcare Prices Teach About Inflationary Woes?
Four Reasons Biden’s Student Loans ‘Forgiveness’ Plan is Wrong
Five Ways Minimum Wage Studies Fail
Congress Must End the Federal Mask Mandate Once and for All
George Stigler, Memoirs of an Unregulated Economist
What Krugman Gets Right and Wrong on Trade Surpluses
Which Economists Should Have Gotten Nobels Before They Died?
California Rejects Four-Day Workweek, but Supporters Haven’t Given Up
Whatever Happened to the $15 Minimum Wage?
Religion, Science, Freedom