←  ABOUT US
About
›
Board of Advisors, In Memoriam
›
Person Detail
Julian L. Simon 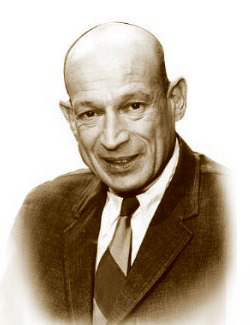 He was the author of 180 articles in scholarly journals and his many books include The Ultimate Resource; The Ultimate Resource II; Population Matters: People, Resources, Environment, and Immigration; The Resourceful Earth: A Response to "Global 2000" (with Herman Kahn); The Economic Consequences of Immigration into the United States; Effort, Opportunity, and Wealth: Some Economics of the Human Spirit; Good Mood: The New Psychology of Overcoming Depression; Basic Research Methods in Social Science; The Hoodwinking of a Nation; A Life Against the Grain: Patterns of Use of Books in Large Research Libraries (with Herman H. Fussler); The Autobiography of an Unconventional Economist; Scarcity or Abundance? A Debate on the Environment (with Norman Myers); The Philosophy and Practice of Resampling Statistics; Basic Research Methods in Social Sciences: The Art of Empirical Investigation; Resampling: A Better Way to Teach (and Do) Statistics (with Peter C. Bruce); The Science and Art of Thinking Well in Science, Business, the Arts, and Love; Economics of Population: Key Modern Writings; How do Immigrants Affect Us Economically?; The State of Humanity; It's Getting Better All the Time: 100 Greatest Trends of the Last 100 (with Stephen Moore); How to Start and Operate a Mail-Order Business; Advertising Management; The Management of Advertising; Marketing Management; Issues in the Economics of Advertising; Population and Development in Poor Countries; and Classical Readings in the Economics of Population.

His popular articles appeared in such publications as The Atlantic Monthly, Reader’s Digest, New York Times, and Wall Street Journal, and he appeared on many TV programs including Today, Good Morning America, Firing Line, and Wall Street Week, as well as national television in Great Britain, Canada, Australia, Brazil, Israel, and other countries.