The traditional psychiatrist was concerned with protecting the public from insane people who were dangerous or unable to care for themselves. Today’s psychiatrist protects people from having to face and cope with the tasks, temptations and tragedies of life—such as building a stable self; using mood- and mind-altering drugs; dealing with economic hardship, personal loss, depression, and suicide; condemning evil and punishing crime.

When a healthcare professional testifies under oath that embezzling to facilitate shopping sprees is a disease called "shopaholism," and a judge exempts the embezzler from punishment, what remains of the difference between behavior and disease? Agriculture, manufacturing, trade, religion and health care—providing material, spiritual and medical goods and services to individuals—belong in the private sphere. We expect these functions to be performed consensually by agreement among free people, not coercively.

In contrast, the police, the justice system, public health and psychiatry—protecting the public from criminals and from certain diseases or disease-causing conditions—have traditionally belonged in the public sphere. We expect these functions to be performed coercively, by agents of the state imposing their will on individuals for the benefit of the community. This arrangement makes individual liberty depend not only on what we consider to be a crime but also on what we consider to be a dangerous disease.

Traditionally, the public health physician was concerned with issues such as sewage disposal, the provision of potable water and the spread of certain infectious diseases, such as cholera, tuberculosis and typhoid fever. His modern counterpart is concerned with so-called "lifestyle diseases" that stem from an overly rich diet, the use of alcohol, cigarettes, illegal drugs, and with violence against oneself and others. Former Surgeon General C. Everett Koop, for example, has declared that violence is a public health emergency.

Much like psychiatrists, public health physicians now offer excuses for a person’s misbehavior, blaming the conduct not on bad personal choices but on abstractions such as "social conditions" or on third parties with deep pockets, exemplified by tobacco companies. Controlling voluntary acts injurious to oneself used to be considered the business of the self and was called prudence, self-control and self-discipline. Controlling voluntary acts injurious to others used to be the business of the legislator, prosecutor, judge, jury and prison warden.

The doctor’s business used to be to diagnose and treat disease—with the consent of the patient. Now, politicians define disease, and doctors control bad behavior. Active children, violent adolescents, anxious adults, sad seniors and anomic assassins and suicides behave as they do because of the various diseases that afflict them.

Novel notions of illness—as a medical condition and as an excuse for crime—adopted by the public health and psychiatric establishments and accepted by the courts—have undermined our traditional views concerning legal and moral responsibility and have fostered the rise of a therapeutic state that increasingly restricts our liberties, ostensibly to protect our health.

Nearly two centuries ago, Tocqueville foresaw that in America’s democracy, the government’s attempts to promote health, not ordinary tyranny, would diminish the private sphere. The growth of the therapeutic state should be less surprising in our day than in his, given that we have more control over real diseases than we would have dreamed possible a hundred, or even 50, years ago. That control explains why we are so preoccupied by diseases, literal and metaphorical, and why we extend the idiom, imagery and technology of medicine to every aspect of life.

Thus, taking drugs not prescribed, or at least recommended, by a physician appears to be a disease and a public health problem, requiring medical treatment and prevention as well a legal deterrence. A 6-year-old in Colorado has been suspended from school under the school system’s zero-tolerance drug policy. The drug? Organic lemon drops.

Americans are longing for a government that will protect them from responsibility—not only for their own health and health care—but also from the behaviors that make them ill, literally or figuratively.

Pandering to this longing, politicians tell people they have a "right to health"; assure them that their personal, marital, economic, racial and political problems are "no-fault diseases"; promise them a "patients’ bill of rights" and an America free of cancer, free of drugs, free even of aging, disability and death.

An old American proverb warns: "Protect me from my friends, I will take care of my enemies." A foe that threatens to harm you is easy to resist. A friend eager to help you—even though you could, if you tried hard enough, help yourself—poses a more subtle danger. Therein lies pharmacracy’s threat to individual liberty and personal responsibility. 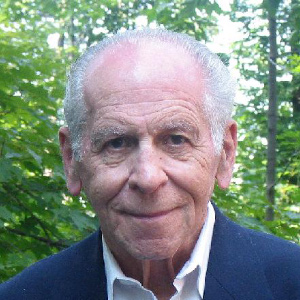 Thomas S. Szasz (1920–2012) was professor of psychiatry emeritus at the State University of New York Upstate Medical University, and an advisory board member of The Independent Institute in Oakland, Calif.
Culture and SocietyGovernment and PoliticsHealth and HealthcareThe Nanny State

RELATED
Homeless and Clueless in Oakland and Elsewhere in America
California Needs a New Approach on Homelessness
The Specter of Chinese Civilization
Who Eventually Won the Cold War?
Why Is Congress about to Declare War on Seniors?
Why Americans Are Not Anxious to Get Back to Work
‘Science,’ They Said
Health Care Components of the $3.5 Trillion (Or, Is It $5.5 Trillion?) Spending Plan
Make War, Get War: What Is the Government Mandating?
The Domestic Legacy of Our Global “War on Terror”
Vaccine Inventor Questions Mandatory Shot Push, Biden’s Covid-19 Strategy
Incompetence + Arrogance = Woke