Democracy on the Rise: News: The Independent Institute

It is commonplace for observers of American democratic processes to bemoan the fact that voter turnout at all levels of government has for the most part been quite low for the past half century. For example, slightly more than 55 percent of registered voters voted in the 1992 presidential election -- and that turnout rate was high by recent historical standards.

The premise of these observers is clear: democracy will not function very well if the franchise is not taken seriously. Elites will come to control American politics, and while there is a school of thought in political science that says this is actually a good thing, most pundits have expressed dismay at voters’ apparent shirking of their civic responsibilities.

We are more optimistic. Voters now have more political information available to them than ever before, and they are no longer confined to expressing their political preferences at the polls once every two or four years. Newly available technologies have lowered voters’ costs of becoming informed about political issues and of communicating with their political representatives.

One of the functions of political parties and interest groups is to collect, process, and disseminate information to voters. Today, we can get maps from the American Automobile Association or mapquest.com rather than at the filling station as we did in 1955. At first, churches helped people decide about their stands on abortion. Now, the church is just one of many such organizations, pro and con, generating information that is conveniently available in myriad formats. Surely, the proliferation of information sources sharpens an individual’s position on any given issue. The more information there is, the better choices voters will tend to make.

While it is true that this coin has two sides — information "overload" can impede opinion formation as much as a lack of it -- the human mind has filtering rules that best even the most sophisticated e-mail programs. To the extent that voters are indeed better informed in the information age, they will be better able to gauge the impact of policy proposals on their own well-being faster and sooner in the life cycle of the public policy process.

What is more important, the opinions voters form on the basis of the information available to them can be communicated to policy makers rapidly and effectively. E-mails, faxes, and phone calls are substitutes for ballots. By the time an election rolls around, politicians and policy makers already know what the voters think and, hence, their wishes have already been incorporated into laws and policies.

Having affected policy outcomes, voters are naturally less interested in voting on candidates. Low turnout rates on election day may paradoxically be evidence of greater voter participation in the political process. In fact, we are fast approaching a return to the town meeting, where individuals register their preferences on specific policy proposals and politicians can assess the intensities of those preferences by reading their e-mail. Indeed, voters can vote as much and as often as they want in the information age.

And they do. The representative of Mississippi’s First Congressional District receives 40 e-mail messages, 5 to 10 faxes, and 150 to 200 phone calls from constituents in a typical day. In the run up to the vote on the bill to impeach President Clinton, his office alone logged 2,000 e-mail messages. (The U.S. House’s e-mail server was so overwhelmed by incoming messages at the time that it took three days to clear the backlog.) If the experience of this relatively rural and unwired district is any guide, the number of electronic "votes" cast by constituents over the course of a U.S. Representative’s two-year term exceeds the number of votes cast on election day by a landslide.

E-mails are correlated with influence: in addition to several thousand phone calls daily, the office of the Senate’s Majority Leader receives 25,000 to 30,000 e-mail messages -- and about half that number of pieces of regular mail -- in a typical legislative month. With a vote on President Clinton’s guilt or innocence looming, Senator Lott’s office logged 51,000 e-mails in January of this year and over 40,000 of them in February.

As long as politicians are good agents who read their faxes and e-mails correctly, voters will correspondingly have less need to go to the polls. Voters will vote only when their representatives ignore their electronic opinions. Indeed, that is the implicit threat. And because voters don’t have to go to the barricades to voice those opinions, political discourse should become more civil and political protests less frequent and disruptive.

It might be objected that the opinions of voters who bother to e-mail or telephone their member of Congress are not representative of those of the politician’s constituency as a whole. But neither is the ballot box, which tends to be biased against lower income, less educated voters. By reducing the cost of communicating with Washington, e-mail should broaden the base of voter opinions available to politicians and policy makers, and political outcomes will increasingly come to reflect consensus. Combined with the information processing and dissemination of functions of interest groups, the greater speed and frequency of voter reactions in the information age mean that inefficient public policies will have no place to hide. 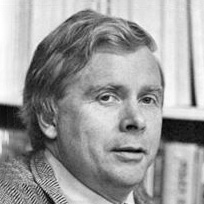 Email
Robert McCormick is a professor of economics at Clemson University.
Culture and SocietyDemocracyEconomic PolicyEconomyPhilosophy and ReligionPublic Choice

RELATED
The Cost of San Francisco’s Reparations Proposal: Nearly $600,000 Per Household
Debt Ceiling Kabuki: Republicans Will Cave and U.S. Government Finances Will Get Even Worse
Texas Conservatives Should Not Support Banning Land Sales to Foreigners
Reckless Reparations Reckoning
San Francisco Falls Into The Abyss
It’s Time to Put a Brake on the Debt-Ceiling Charade
The IMF and Sri Lanka Are Partners in Delusion
Does the U.S. Need to Contain China in Africa?
When Putin Turned His Back on Reaganomics
The Baleful Cargo of Woke Diversity Worship
U.S. Should Allow Venezuela to Export More Oil
Peru’s Defining Moment: Its Government Rightly Prevented an Illegal, Leftist Coup