How Private Development Can Help the Post-Katrina Recovery: News: The Independent Institute

Although hurricane season is winding down, the likelihood of powerful hurricanes such as Katrina and Rita striking the U.S. southeastern Atlantic or Gulf coastlines again is inevitable. Indeed, meteorologists reported in a recent Science magazine article that in the past 35 years category 4 and 5 hurricanes have increased by 80 percent worldwide. Despite the risks, developers and residents are intent on building and rebuilding near the country’s coastlines.

As federal, state and local governments prepare to spend billions of dollars along the devastated Gulf Coast, greater flood protection is an obvious priority. But just as importantly, market incentives should be employed to encourage wiser rebuilding strategies. Private developers, more than government programs, may be able to contribute to the rebuilding efforts in ways that minimize risk from future storms and provide residents with better environmental amenities.

In the last two decades privately governed residential communities, often referred to as common interest developments (CIDs), have become the predominate form of housing in many of the country’s fastest growing areas. CIDs use explicit contracts among residents to select the kinds of policies and amenities that local governments traditionally determine. CIDs regulate property use, provide local services through taxation, and collectively own beaches, parks, swimming pools, lakes and buildings. In the United States, four-fifths of new housing developments are CIDs, and approximately 18 percent of the nation’s population now live in one of the 274,000 CID housing developments. Approximately 46,000 CIDs are gated communities that restrict access.

Numerous common interest developments built along the South Atlantic coast on barrier islands such as Seabrook, Hilton Head, and Dewees, offer important guidelines for post-Katrina development. These popular communities provide not only security, but protection for green space, wildlife, and beaches as well. For example, covenants on many of these barrier islands require residents to build houses farther back from the beaches than state law requires, allowing sand dunes to accrete sand, which offers greater protection from hurricanes. In addition, many communities plant sea oats to protect the sand dunes and encourage policies that protect the environment.

There’s another, related difference. Non-CID communities have “free riders,” which discourages the provision of collective amenities. For example, if some residents build a levee to protect against flooding, others have an incentive to sit back and watch without paying any of the cost because they know that their property will be protected along with their neighbors’. The unfairness of this situation causes the flood control group to be less willing to initiate their efforts. The net effect is that fewer levees are built. However, CIDs are made up of residents of a common mind on such matters. New residents buy in, knowing that they will be paying fees and assessments for environmental goods such as flood control. After all, people who choose to live in risky areas, such as coastal areas, should be willing to bear the cost of their decisions.

Clearly, human beings want clean water and air, scenic views and their own space. As incomes rise, the demand for these environmental amenities also rises. Our experience with CIDs shows that developers, by owning or controlling tracks of land that make up the community, are able to package environmental amenities along with other location assets and recover their costs through higher lot prices. Property buyers and sellers engage voluntarily in transactions that provide for environmental goods such as flood control, green space, and wide beaches.

This is the market solution to providing environmental goods, and it offers a stratagem for post-Katrina recovery. In addition, by encouraging CIDs we may stimulate the growth of new urbanism, which is a design model that creates a traditional self-contained neighborhood with houses, shops, and workplaces in close proximity to one another. It would behoove us to encourage private developers to think in such terms as they begin to rebuild the storm-damaged Gulf Coast.

James R. Rinehart is a Research Fellow at the Independent Institute and professor emeritus of economics at Francis Marion University in Florence, South Carolina. 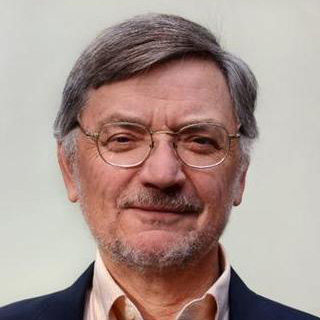 RELATED
Conflicting Health Policy Visions in the Senate
The GOP Needs to Go Back to Sound Principles on Free Enterprise, Small Government, and Legal Immigration
Fine. Blame Ticketmaster for the Taylor Swift Fiasco, but Don’t Overlook the Fundamental Cause.
Can’t Get Taylor Swift Tickets? Blame Other Fans, Not Ticketmaster
Let Them Compete: Labor Markets Are Workers’ Friends, Not Their Enemies
As California Schools Fall Even Further, A Charter School Shows How To Succeed
Why Do Progressives Support Democrats? Part Two
There Are 8 Billion People. We Should Celebrate Superabundance, Not Lament ‘Overpopulation’
What Difference Did the Election Make?
Enjoyment of the Upcoming World Cup Will Come at a Price
Diabetic Complications and Economic Fundamentals
Where Is the Free Market Utopia?