The Verdict Is in for El Salvador’s Bitcoin Experiment: It Failed: News: The Independent Institute

El Salvador’s president, Nayib Bukele, may be Bitcoin’s most visible publicist. Since Bukele assumed the presidency on June 1, 2019, his first-mover, grandiose plans for Bitcoin in El Salvador have generated buzz—and a litany of failures.

In 2001, long before Bukele arrived on the scene, El Salvador phased out its domestic currency, the colón, and introduced a dollarized competitive-currency regime, one in which the dollar was legal tender, but any other currency could be used. Since then, the country has rediscovered economic stability.

Annual inflation has averaged just a hair over 2 percent since 2001—the lowest in Latin America over that period. Economic growth has outpaced the Latin American average, and exports have risen steadily and at a faster rate than most countries in the region. Currency instability and inflation—plagues on the houses of all too many emerging-market countries, including Argentina, Lebanon, Syria, Venezuela, and Zimbabwe, to name a few—have been irrelevant in El Salvador. Indeed, from a currency perspective, there’s no difference between El Salvador and New York, Texas, or California. Dollarization has worked like a charm.

Enter Bukele. On September 7, 2021, he put his Bitcoin mania into practice. He implemented what was, and remains, a highly unpopular “Bitcoin law.” It was billed as a law that would make Bitcoin “legal tender” throughout El Salvador. To implement Bukele’s Bitcoin law, the Salvadoran government designed and launched an app, the “Chivo Wallet.” It was intended to facilitate transactions in Bitcoin. Salvadorans were encouraged to download the app. Indeed, doing so was accompanied with a $30 gift—a significant sum, nearly half of El Salvador’s weekly GDP per capita. Bukele claimed that the law would lower the cost of remittances to El Salvador and would improve the country’s financial inclusivity.

END_OF_DOCUMENT_TOKEN_TO_BE_REPLACED 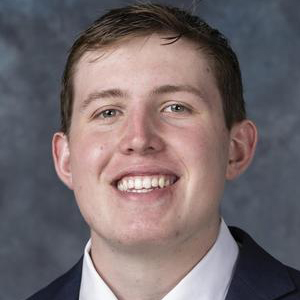