The Cultural Pessimism of 1619: News: The Independent Institute

There is a lot of talk in the U.S. today about “cultural pessimism.” Such talk may or may not capture the overall mood of the country, but there are certainly lots of things about the state of intellectual life and academic culture that cause one to despair. The decision by Princeton in 2021 to stop requiring students in its Classical Studies track to take either Greek or Latin is one example, and the 2020 decision by the Andrew W. Mellon Foundation to prioritize social justice in all of its grantmaking is another. Then there’s the Hewlett Foundation’s new grant initiative intended to take down “neoliberalism.”

However distressing these examples are, another is more distressing still: The buzz around and acclaim accorded the 1619 Project and its “creator,” celebrity journalist Nikole Hannah-Jones. Since this deeply flawed project first surfaced in the New York Times Magazine in August 2019, it has seldom been out of the news. The 2021 book that grew out of the project is a best seller, as is Born on the Water, the “lyrical picture book in verse” that accompanies it. All of this, despite the project’s reductionist and tendentious approach to and interpretation of slavery and race relations in the United States.

In the face of the “herd of independent minds”—to use Harold Rosenberg’s stinging descriptor—singing the praises of 1619, smaller numbers of distinguished scholars have raised serious questions about the project’s inspiration and execution. One part polemic, one part morality tale, 1619 is intended to flip the script of American history by interpreting our history from the get-go almost entirely through the prism of race or, more to the point, the exploitation of African Americans by whites. In so doing, the principal drivers of the project tarnish our founding principles, besmirch our “Founding Fathers,” and denounce the capitalist development path the U.S. has followed, a path that in their view was inextricably linked to, bolstered by, and dependent upon racial slavery. Luminaries such as Gordon Wood and Sean Wilentz have effectively rebutted the 1619 take on our nation’s founding (and founders), but a few words are in order regarding American slavery, American capitalism, and the relationship between the two.

The lead writer on slavery and capitalism in 1619 is Matthew Desmond, a sociologist at Princeton best known for a 2016 book on evictions and homelessness in contemporary America. He is director of Princeton’s “Eviction Lab,” whose charge, according to its website is “[b]earing witness to America’s eviction epidemic.” Desmond, who has also written on race and race relations as well as on fighting wildfires in the Southwest, believes that there is a singular cause for the various and sundry pathologies in American history: capitalism. Drawing on insights from movements among leftist historians known as the “new history of capitalism” and “racial capitalism,” both of which contend that racial oppression is inherent in capitalism, Desmond believes that capitalism and slavery in America grew up hand in glove.

These two intellectual movements approach capitalism far differently and far more critically than mainstream (neo-classically oriented) economic historians and the earlier generations of Marxists. Whereas the latter groups generally have viewed capitalism as a liberal, liberating, and progressive historical force (albeit for different reasons), devotees of both the new history of capitalism and racial capitalism view capitalism as an illiberal development. Capitalism was informed and dominated from the start by self-serving Europeans and European Americans exercising their economic will via power asymmetries, force, violence, exploitation, expropriation, and racial oppression. Indeed, in their view, capitalism has always been informed and dominated by these characteristics.

In 1619, Desmond alleges that the form of capitalism that took hold in the slave South was a particularly pernicious variant he refers to as “low-road” capitalism, which he believes represents the system at its worst. And the effects of this vile and despicable system were hardly limited to the region. Desmond contends that the exploitation and expropriation associated with southern plantation slavery proved vital not only to the South’s economic rise but also to the development of the United States as a whole. A considerable portion of the profits made possible from the export of slave-produced cotton and other staple crops ended up in the hands of northern bankers, merchants, insurers, and textiles manufacturers.

Closely following the new-history-of-capitalism playbook, Desmond claims that the southern economy was extremely advanced for the era. Planters and the commercial middlemen with whom slaveholders worked developed and employed sophisticated financial practices, tools, and methods, including capital accounting and the concept of capital depreciation. These “southern” developments served as the wellspring of the “financialization” of the American economy later on. Desmond even attempts to link southern planters with recent financial crises such as the Great Recession and notorious twenty-first-century business rogues such as “pharma bro” Martin Shkreli.

To say the least, there are numerous problems with Desmond’s imaginative argument. For starters, he vastly overstates the importance of slavery, cotton, and the South to the U.S. economy as a whole in the antebellum period. In so doing, he accepts without hesitation egregiously flawed quantitative methods associated with the new history of capitalism, particularly a profound misunderstanding of the protocols of national income accounting. In this regard, Desmond accepts these historians’ assertion that cotton constituted a huge proportion of the antebellum U.S. economy—as much as 40 percent or even more of U.S. GDP—when in reality the staple generally accounted for about 5 or 6 percent. Why the discrepancy? In estimating the value of cotton in the U.S. economy, the new historians of capitalism and their sympathizers erroneously factor in the value of all of the inputs involved in the production of cotton when these inputs are already incorporated into the total value of cotton output.

As for finance and financial practices, Desmond fails to appreciate the fact that almost all the financial phenomena about which he writes appeared earlier and developed further in the antebellum North than in the South. Like some of the new historians of capitalism, Desmond makes false claims about the prevalence (or even existence) of sophisticated capital accounting practices among planters in the antebellum South.

On the surface, the idea of linking slavery and finance so closely together will strike some as curious, even a bit bizarre. The association begins to make more sense, however, when one becomes cognizant of the fact that the new history of capitalism arose during the finance-led “Great Recession” of 2007-2009. This event led devotees of the new history of capitalism to hunt for the roots of ”financialization,” “neoliberalism,” and “low-road” capitalism at earlier points in U.S. history, whether or not analogues were truly there. As psychologist Abraham Maslow famously put it in 1966: “If the only tool you have is a hammer, it is tempting to treat everything as if it were a nail.” Indeed.

At the end of the day, Desmond’s principal problems—and the principal problems of the scholars upon whom he depends—grow out of the fact that, whether unintentionally or intentionally, they generally eschew consideration of large bodies of scholarship on slavery, finance, and U.S. economic history produced by legions of talented economists and economic historians over several generations. In particular, they neglect work done by scholars whose mastery of the sources and facility with numbers has allowed them to provide authoritative quantitative answers to questions about slavery, cotton, and the importance of the South to the US economy as a whole.

These answers, bluntly speaking, put the lie to Desmond’s argument, and, thus, to the veracity of 1619’s stance on slavery. To focus on truthfulness may be to miss the point of 1619, however, for historical accuracy regarding the moral enormity that was slavery doesn’t seem the central concern of the 1619 project. These advocates seem committed not to historical accuracy, but to what Shelby Steele has referred to as “poetic truth,” a distorted, partisan version of reality in order to promote a cause or make a preferred ideologically inspired outcome more likely. By 1619 majordomo Nikole Hannah-Jones’ own admission, the intent of the project all along was to serve as a tool by which to pry reparations from the American people, with the “history” contributing to that instrumental end. And there are few things more redolent of cultural pessimism than that.

Editor’s Note: This essay is adapted from the article “Capitalism, Slavery, and Matthew Desmond’s Low-Road Contribution to the 1619 Project” in the Spring 2022 issue of The Independent Review. 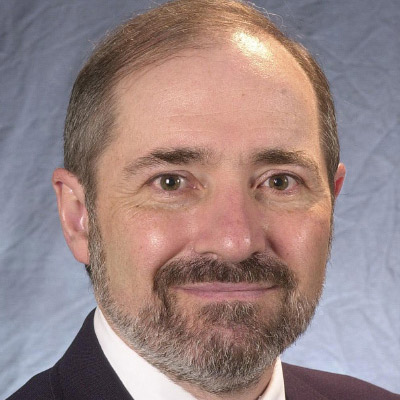