Climate-Change ‘Solutions’ That Are Worse Than the Problem: News: The Independent Institute

←  NEWS
COMMENTARY
Climate-Change ‘Solutions’ That Are Worse Than the Problem
The political assault on fossil fuels comes at the expense of the poor, peace, and the environment.
April 11, 2022
By Jason De Sena Trennert
Also published in The Wall Street Journal Wed. April 6, 2022  « Show Fewer

If you can afford a Tesla, you probably find it hard to imagine that there are some 3.5 billion people on Earth who have no reasonably reliable access to electricity. Even less obvious may be the way rich countries’ pursuit of carbon neutrality at almost any cost limits economic opportunities for the world’s poor and poses serious geopolitical risks to the West.

Anyone on an investment committee has likely spent untold amounts of time discussing ways to mitigate the impact of climate change, but they’ve likely never heard anyone state one simple and incontrovertible fact: The widespread exploration and production of fossil fuels that started in Titusville, Pa., not quite 170 years ago, has done more to benefit the lives of ordinary people than any other technological advance in history.

Before fossil fuels, people relied on burning biomass, such as timber or manure, which was a far dirtier and much less efficient source of energy. Fossil fuels let people heat their homes in the winter, reducing the risk of death from exposure. Fossil-fuel-based fertilizers greatly increased crop yields, reducing starvation and malnutrition. Before the advent of the automobile, the ability for many people to venture far from their hometown was an unfathomable dream. Oil- and coal-burning transportation opened up access to education, commerce, professional opportunities, and vital services such as medicine. There has been, and remains, a strong correlation between the use of fossil fuels and life expectancy.

Limiting the availability of fossil fuels in the name of climate activism would cut off many of the world’s poor from these benefits. Climate activists worry about a potential “existential crisis” decades down the road, but poor people, really poor people, face an existential crisis every day. Even for those who aren’t among humanity’s most unfortunate, rising energy prices force serious economic trade-offs. Purposely eschewing America and Europe’s own natural resources increases costs to consumers, raises the cost of doing business, and limits economic growth. Viewed with this in mind, the debate over emissions seems like an upper-class problem.

If Chinese belligerence and increasing authoritarianism over the past two years have taught us anything, it is that no amount of trade and international cooperation will instill what are generally considered to be Western values in other civilizations who have no real desire to adopt them. Trusting China to do anything other than what is directly in its own best interests, especially when it comes to the trade-offs between economic development and climate issues, would seem to be in direct conflict with history and common sense—and it poses serious geopolitical risks to the international democratic order. The war in Ukraine has emphasized how leaving European and American fossil fuels in the ground can put the West at the will of dictators, increasing the risk of atrocities, war or even the use of weapons of mass destruction. An easing of regulations on drilling in the U.S. and easier regulations on liquefied natural gas exports to flood the global market with oil and natural gas would do far more than any sanctions to stop Vladimir Putin’s barbarism.

The climate-change solutions the West is pursuing also pose a danger to the environment. The lodestar of the environmental movement today appears to be electric vehicles. One would be hard-pressed to find a product more dependent on resources from extractive materials. An electric car requires almost four times as much copper as an automobile powered by an internal combustion engine. The widely accepted goal of having 30% of the world’s vehicle sales be electric by 2030 would require enormous investments in mining industries that are decidedly not eco-friendly.

And whatever emission cuts America and Europe manage to make by forcing electric vehicles and other inefficient technology on consumers will be negated by emissions from other nations. Regimes like Russia and China won’t put aside their geopolitical ambitions for climate activism; developing countries like India won’t sacrifice economic development and their peoples’ well-being in the hope it’ll slow global warming.

Sadly, environmentalism has grown into a secular religion in which reasonable debate is regarded as heresy. But if politicians and voters can approach climate change with an open mind, they’ll see that economic growth is likely to solve the issue without heavy-handed government intervention. History has shown that free markets produce incredible leaps in human ingenuity. The greater access the world has to all sorts of energy sources, the faster humanity will discover new technologies that are more environmentally friendly. Rationing fossil fuels would only retard the process of decreasing carbon emissions and cost lives in the process. 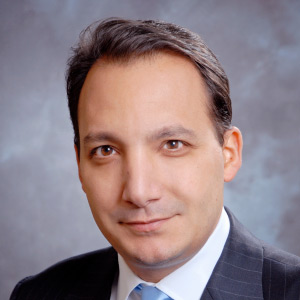