←  NEWS
COMMENTARY
Ditch the Global Minimum Tax Grab
It would mean less revenue for the U.S. Treasury and will never get past a Republican Congress.
April 1, 2022
By Bruce Gilley
Organization for Economic Cooperation and Development in Paris
Also published in The Wall Street Journal Wed. March 30, 2022  « Show Fewer

World leaders announced a new global corporate minimum tax to great fanfare last year. On March 14 the Organization for Economic Cooperation and Development released guidance on how to implement it. The contorted language of the guidance, as well as political foot-dragging in several countries, makes clear that the ballyhooed global tax plan would be a great and expensive flop. Better to let this hydra-headed monster die.

The agreement was always a tax grab. Leaving aside rhetoric about helping poor countries and ensuring fairness, Europe wanted to raise revenue by taxing U.S. companies. The Biden administration has cheered the agreement along with familiar claims that big companies should “pay their fair share.” Treasury Secretary Janet Yellen promised that it would swell American coffers to “pay for infrastructure, child care, and clean energy.” Both things can’t be true. The Europeans, and some opportunistic Third World governments, would gain revenue at the expense of the U.S.

The deal would redistribute an estimated $125 billion in annual corporate taxes paid by the biggest companies—essentially the global Fortune 500—according to where their customers, rather than their employees or offices, are located. Digital multinationals like Amazon, Google, Airbnb and Meta are the target. Financial services and extractive industries are excluded because their operations are largely bound to a specific place and they generally pay tax on profit where it is earned.

The more controversial and much larger part of the agreement, known as the backstop, seeks to establish a 15% minimum global tax rate for international companies with more than €750 million (about $840 million) in annual revenue. The backstop would drain revenue from the U.S., which offers tax credits and subsidies for everything from research and development to greenfield investments. Once all countries adopt the new rules and make strategic decisions in anticipation of the behavior of others, according to the model used by the nonpartisan Tax Foundation, the net result would be a decline in federal revenue of $44 billion over 10 years.

The only plausible way the tax leads to more revenue for the U.S. is if it is used as a cover to raise corporate taxes here, which was perhaps why the Biden administration joined. “We are increasingly concerned that Treasury has negotiated a deal that will harm U.S. businesses and jobs,” the Republican members of the Senate Finance Committee wrote to Ms. Yellen in February. In addition to the small question of stripping Congress of its constitutional control over taxation, the deal would also undermine Democrats’ ability to use the tax code to promote research, renewable energy and low-income housing.

The Finance Committee Republicans are also correct on the economics. Corporate taxes, in addition to being costly to collect, are bad for the economy. According to an International Monetary Fund study, 45% to 75% of the burden of corporate taxes is recouped through lower employee wages. Sales, income and property taxes are better ways to pay for government because they are easier to collect and they cause less to distortions to wealth-creating economic choices.

It gets worse. Public companies already have to keep two sets of books, one for the Securities and Exchange Commission and one for the Internal Revenue Service. The first tells shareholders how well the business is doing; the second tells the government how much is owed and to whom. The new global tax would require multinationals to keep a third set of books to avoid being the target of tax raids by, say, France. The agreement would create many new jobs for accountants and lawyers. It would also force major companies to become think tanks as they scramble for statistics on consumer spending to estimate final sales in each place where their products are sold.

Government tax departments would need to grow larger to interpret and manage the complex new rules. Some countries would surely find ways to manipulate the system to capture more than their share of revenue. The rules would turn some small-country governments into little more than tax pirates, devoting time to investigating potential angles of attack on big companies.

Others would simply impose the minimum corporate taxes on foreign investors and then find other ways to reward them for not leaving. The United Arab Emirates announced this year that it would impose a 9% tax rate on corporate profit in 2023, but the rate would snap up to 15% for any companies caught in the global minimum tax. The U.A.E. could easily offset the tax burden by offering with economywide cost-of-business reductions like cheap land and utilities. China would no doubt say it is fully taxing its companies while hiding a range of incentives behind its opaque system.

Like the Byzantine rules the Obama administration imposed on finance after the 2007-08 global financial crisis, the plan is too clever by half, paying no attention to administrative burden, unintended consequences or changing business conditions. Poorer countries that use tax breaks to lure multinationals would get the worst of it. An IMF study touted the benefits to low-tax countries like Ireland, arguing that they could impose higher taxes without a loss of revenue. But the same advantages wouldn’t accrue to poor countries with low taxes. An analysis by the Oxford University Centre for Business argued that the rules would cause an even faster race to the bottom as some poor countries seek to offset the negative effects of the tax rules by reducing corporate tax rates to zero.

The agreement requires governments to pass laws for the new regime this year and implement it in 2023. But some countries, like Switzerland, say they can’t implement before 2024. “It is increasingly clear that it will take years before China and most European countries adopt a foreign minimum tax, and some may never do so,” a group of 45 U.S. multinationals wrote to Ms. Yellen in February.

The global minimum tax is a solution in search of a problem. Most countries, including the U.S., already have domestic laws to handle digital sales and profit-shifting to low-tax jurisdictions. The Biden administration would have difficulty implementing the agreement if Republicans win control of Congress in November. Better to scrap the whole thing and return to piecemeal and context-sensitive solutions to the problem of taxation in a digital and global world. 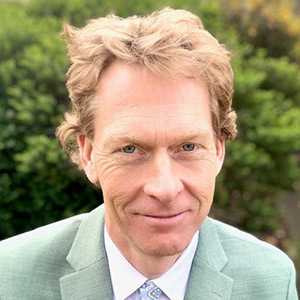 Bruce Gilley is a Professor of Political Science in the Mark O. Hatfield School of Government at Portland State University.

RELATED
The GOP Needs to Go Back to Sound Principles on Free Enterprise, Small Government, and Legal Immigration
Fine. Blame Ticketmaster for the Taylor Swift Fiasco, but Don’t Overlook the Fundamental Cause.
Can’t Get Taylor Swift Tickets? Blame Other Fans, Not Ticketmaster
End the COVID National Emergency Now
Left Libertarians, Dobbs, and the Ninth Amendment
Congress Must Fix the Electoral Count Act to Avert a Crisis
As California Schools Fall Even Further, A Charter School Shows How To Succeed
There Are 8 Billion People. We Should Celebrate Superabundance, Not Lament ‘Overpopulation’
What Difference Did the Election Make?
Why Do Progressives Support Democrats? Part One
Enjoyment of the Upcoming World Cup Will Come at a Price
Diabetic Complications and Economic Fundamentals