How Politicized Is the Federal Reserve?: News: The Independent Institute

President Biden’s nomination of two progressive economists to key positions at the Federal Reserve has triggered accusations from conservatives and Republicans that the president is trying to politicize the Fed. But it’s too late; the central bank is already deeply politicized.

Congress mandates that the Federal Reserve promote price stability and full employment. Yet even as inflation rages, the Fed’s economists increasingly have been focused on issues such as climate change, race and sex discrimination, and economic inequality. Since 2020 the Fed’s regional banks and Board of Governors have conducted numerous seminars and conferences and published voluminous research papers on these politically charged topics.

Several regional banks have explicitly indicated their partisan commitments. The New York Fed announces on its homepage that it “stands in unity with all those who oppose racism, hate, and violence.” It wishes “to root out the intolerable inequities and injustice grounded in systemic racism that persist in our society” and believes this job won’t be done “until access to health, education, safety, and justice knows no racial or other boundaries.”

What is the source of this mission drift? The answer, I believe, is simple: Many of the key research and analysis positions in the Federal Reserve System are held by left-leaning Democrats.

I recently set out to determine the political affiliation of every Federal Reserve System economist using various state, county and city voter-registration databases. What I found was that in 2021 the overall Democrat-to-Republican ratio was 10.4 to 1. For every Republican economist at the Federal Reserve System, there are more than 10 Democrats. The lack of political diversity is especially pronounced among the economists of the Board of Governors, where the ratio is 48.5 to 1.

While information on registered voters’ party affiliation isn’t available in every state, the Democrat-to-Republican ratio for economists at the seven regional Federal Reserve banks for which it is available ranged from 3 to 1 in Cleveland to 12 to 1 in San Francisco.

The range in partisanship among leaders of regional Fed banks could explain the considerable variation in partisan balance across the system. Leaders of some Fed banks, such as the Federal Reserve Bank of San Francisco, are more outspoken about politically charged issues. Its president said in 2019 that “the impacts of climate change” affect the Fed’s “core responsibilities,” and “climate change is an economic issue we can’t afford to ignore.” Partisan leaders, either subtly or directly, can encourage staff economists to conduct conferences and seminars and publish research on politically charged topics. Economists who don’t share outspokenly partisan leaders’ ideology may find themselves unwelcome, resulting in the bank becoming even more partisan over time.

In the ranks of the systems’ most senior economists, those in leadership positions, the Democrat-to-Republican ratio is 22.25 to 1, I found.

Things are likely to get worse. The Democrat-to-Republican ratio for Fed economists between 50 and 60 years old is 6.5 to 1. The ratio for those 40 or younger is 20.3 to 1. Because these economists have excellent job security, once a large group of younger members of one political type get in the door, they’re very difficult to get rid of and are likely to bring in new hires of a similar viewpoint.

These findings should deeply concern American taxpayers and policy makers. The political homogeneity of Fed economists can’t help but undermine the legitimacy of their policy recommendations and analysis, both in fact and in the eyes of the public.

One possible solution to the growing politicization of the Fed’s economists may lie in reducing their number. Federal agencies such as the Labor Department, Equal Employment Opportunity Commission, National Labor Relations Board, Department of Health and Human Services, Department of Agriculture and Department of Housing and Urban Development have large economic research staffs and already are conducting research on climate change, discrimination and inequality within their mandates. If the Fed has to cut staff, it will be forced to focus its remaining economists’ research on the central banks’ mandates of price stability and full employment.

Reducing the number of Fed economists also could save a significant amount of money. The Fed currently employs more than 780 economists systemwide, but if it cut back and focused on its mandate, rather than the current progressive agenda, perhaps Congress could earmark some of their salaries for Americans in need and make an actual dent in economic inequality. 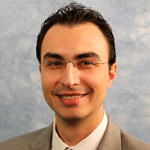 Emre Kuvvet is a Research Fellow at the Independent Institute and Associate Professor of Finance at Nova Southeastern University. His article, "Political Affiliations of Federal Reserve Economists" will appear in The Independent Review (Fall 2022).

RELATED
The Cry-Baby Leftist Mind
Thomas Derangement Syndrome
Biden and Oil: Destroy America in Order to Save It
Economists Should Know Better than to Support Big Government Democratic Policies
The Pétain Presidency
The World Is Facing Its Day of Inflationary Reckoning
What Can Healthcare Prices Teach About Inflationary Woes?
Domestic Terrorism Ignored
Four Reasons Biden’s Student Loans ‘Forgiveness’ Plan is Wrong
What the January 6 Committee Might Have Been
Fed Interest Hikes May End Up Having Unintended Consequences
The Pangloss Presidency: Despite evidence to the contrary, Americans now live in the best of all possible worlds.