San Franciscans have largely applauded Mayor London Breed’s state of emergency declaration in the Tenderloin, as well as her swift establishment of a new linkage center, but gaping holes in resources remain. Because few shelters and residential programs are available, The City simply cannot connect most people with the services they need. For our future to be anything other than the status quo, we have to expand our thinking beyond the “homeless” problem.

That problem of so many living people on our streets has driven federal and local policy to focus narrowly on permanent supportive housing, called “Housing First.” According to the Independent Institute’s Beyond Homeless initiative, the challenge of that policy is partly a matter of economics: developing significant housing takes many years and is incredibly expensive—with costs running into the mid-to-high six figures per unit.

But more importantly, not everyone experiencing homelessness needs or wants to be permanently dependent; instead, many seek programs that offer a path to a transformed life.

Permanent supportive housing too often means bringing individuals with their problems indoors—as one social worker put it, “They’re inside, but culturally homeless”—rather than providing tools to overcome what caused them to fall into homelessness in the first place.

The top cited reason for becoming homeless is the loss of a job; so clearly, job training must be an important component of recovery. Close behind this problem is drug and alcohol abuse; yet again, the permanent supportive housing model offers little help. In 2020, for example, only three people experiencing homelessness in San Francisco died from COVID-19, but 712 San Franciscans died from overdoses, two-thirds of whom were housed.

As currently practiced, the most widely available recovery option in San Francisco is often characterized as a “washing machine”: Individuals participate in a recovery program for two to six months, then move into publicly funded housing that mixes active drug and alcohol users with those attempting to stay sober; or, when even such housing is unavailable, back onto the street. Not surprisingly, the relapse rate is 90%.

However, the Independent Institute’s research shows that when recovery is combined with holistic programming, including workforce development, life skills training and compassionate care over an extended period, the success rate climbs to 90%.

Armed with these figures, the San Francisco Salvation Army is radically reshaping its programs and services, pivoting to redevelop its multiple San Francisco properties to provide a “way out” of homelessness for every San Franciscan who suffers from substance abuse and desires to change. The Salvation Army aims to provide up to 1,500 new long-term, sober-living transitional beds, with recovery, life skills training and workforce development to enable participants to chart their own paths to stability, sobriety and self-sufficiency.

The success of holistic homeless programs has been demonstrated elsewhere. The most dramatic has been in San Antonio, Tex., where a community-wide model and campus called Haven for Hope has reduced its downtown homeless population—similar in numbers to San Francisco’s when it started—by 77% since 2010.

One key to success is a challenge in highly politicized San Francisco: a willingness to stop pitting our smallest differences against each other and to work together to provide a hand up to our homeless neighbors while renewing our city. In San Antonio, a successful oil entrepreneur and a Democratic mayor came together and were then joined by community activists, law enforcement, emergency services and virtually every nonprofit, to devise and execute on a model that is accountable to donors, taxpayers and residents.

San Francisco can return to being the Golden City we’re proud to call home and to which tourists flock—but only if we embrace our diversity and work together to transform our community. 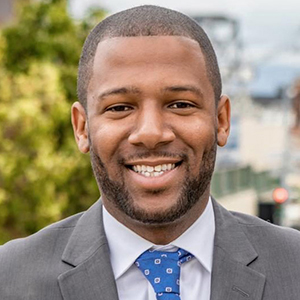 Theo Ellington is Director of Homelessness Initiatives and Community Development at the San Francisco Salvation Army, where he leads the strategy and implementation of the Army’s redevelopment of its properties to realize “The Way Out” initiative.
Bureaucracy and GovernmentBusiness and EntrepreneurshipCivil Liberties and Human RightsCOVID-19Crime, Criminal Justice, and PrisonsDrug WarEconomyEntitlements and WelfareGovernment and PoliticsHealth and HealthcareHousing and HomelessnessLabor and EmploymentLaw and LibertyPolicingPolitical HistoryPolitical TheoryProperty Rights, Land Use, and ZoningRegulationTaxes