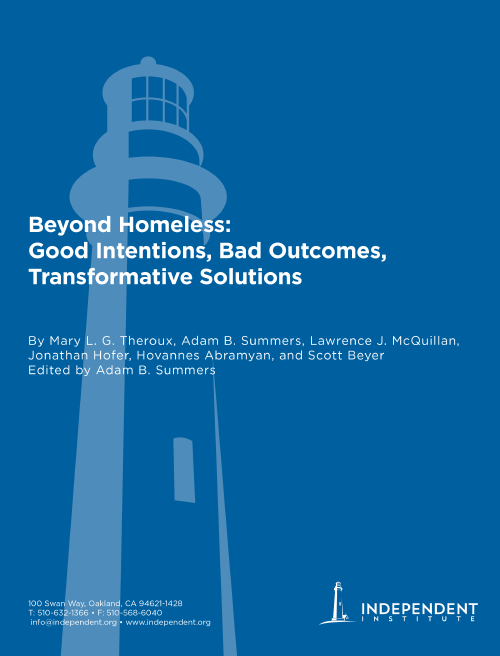 This Policy Report is part of Independent's Beyond Homeless initiative, which also includes the forthcoming documentary Beyond Homeless: Finding Hope.

At this point, it has become self-evident that homelessness is a substantial and growing problem in California, even as it declines in many other parts of the country. It is a growth not only in sheer numbers, but also in visibility, with even well-to-do neighborhoods, such as Cupertino and parts of Orange County, experiencing the rise of tent cities—along with the crowded, unsanitary conditions that have fueled outbreaks of diseases otherwise rarely heard of in modern, developed nations.

From Governor Gavin Newsom to the authors of various news reports, more and more people are decrying “Third World” conditions in California and the return of “medieval” diseases in encampments for people experiencing homelessness. In recent years, we have seen these encampments ravaged by a typhus outbreak in downtown Los Angeles, as a result of accumulations of piles of trash and rat infestations, and by a hepatitis A outbreak in San Diego that sickened nearly 600 people and killed 20. San Francisco has become the poster child for unhygienic street living due to the proliferation of human feces and used drug needles littering so many of its sidewalks. The city gained national notoriety in 2018 when it felt compelled to establish a “Poop Patrol” for regular cleanup of waste after it received nearly 15,000 complaints during the previous seven and a half months. (And, because this is a city just up the peninsula from Silicon Valley, the problem even spawned the development of the colorfully named SnapCrap app to allow San Franciscans to more quickly and easily take a picture of sidewalk waste and report it to the city for cleanup.)

Adam B. Summers is a Research Fellow at the Independent Institute.

Jonathan Hofer is a Research and Marketing Associate at the Independent Institute. 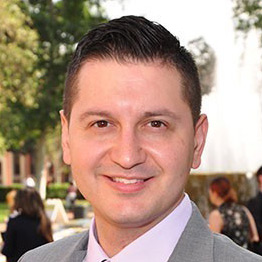 Hovannes Abramyan is a Research Fellow at the Independent Institute. 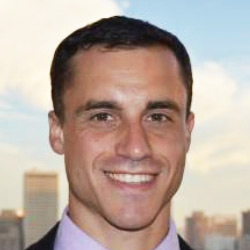 Scott Beyer is the owner of the Market Urbanism Report, a media company that advances free-market city policy. He is also an urban affairs journalist who writes regular columns for Forbes, Governing Magazine, HousingOnline.com, and Catalyst.

RELATED
Naughty College Administrators Go to Jail in Pennsylvania
What Is Systemic Racism?
University of Florida: From Football School to Academic Powerhouse
A Tale of Two Cities: Kenosha vs. Waukesha
California Needs a New Approach on Homelessness