In 2017, Georgetown University revised its speech and expression policy to reflect an institutional commitment to freedom of speech on campus. The new policy committed the University to provide students and faculty with “the broadest possible latitude to speak, write, listen, challenge, and learn.” The policy specifically declared that speech “may not be suppressed because the ideas put forth are thought by some or even by most members of the University community to be offensive, unwise, immoral, or ill conceived,” and that the University undertook “a solemn responsibility not only to promote a lively and fearless freedom of deliberation and debate, but also to protect that freedom when others attempt to restrict it.”

That same year, Love Saxa, a campus group that advocated for marriage as “a monogamous and permanent union between a man and a woman,” was accused of being a hate group because of this definition, and threatened with defunding. In 2019, the Acting Homeland Security Secretary, who had been invited to deliver an address at the law school, was repeatedly shouted down by protestors and forced to leave without delivering his speech. The law school administration took no action to stop the protestors. In 2021, the dean of the law school summarily fired an adjunct professor for what he described as an “abhorrent” conversation in which she made “reprehensible statements concerning the evaluation of Black students.” He placed another adjunct professor on administrative leave for merely listening to these comments without disagreeing.

Last week, Ilya Shapiro, the incoming director of the law school’s Center for the Constitution expressed his opinion of President Biden’s decision to appoint an African-American woman to the Supreme Court on Twitter. In the abbreviated language needed to fit his comments into 280 characters, he stated: “Objectively best pick for Biden is Sri Srinivasan, who is solid prog & v smart. Even has identity politics benefit of being first Asian (Indian) American. But alas doesn’t fit into latest intersectionality hierarchy so we’ll get lesser black woman. Thank heaven for small favors?” In a follow-up tweet, he stated, “Because Biden said he’s only consider [sic] black women for SCOTUS, his nominee will always have an asterisk attached.”

The dean of Georgetown Law responded to these tweets with a campus-wide e-mail in which he stated that Shapiro’s “tweets’ suggestion that the best Supreme Court nominee could not be a Black woman and their use of demeaning language are appalling. The tweets are at odds with everything we stand for at Georgetown Law and are damaging to the culture of equity and inclusion that Georgetown Law is building every day.” Three days later, he issued a second campus-wide e-mail stating: “Ilya Shapiro’s tweets are antithetical to the work that we do here every day to build inclusion, belonging, and respect for diversity. . . . I am writing to inform you that I have placed Ilya Shapiro on administrative leave, pending an investigation into whether he violated our policies and expectations on professional conduct, non-discrimination, and anti-harassment, the results of which will inform our next steps. Pending the outcome of the investigation, he will remain on leave and not be on campus.”

One would be hard-pressed to find an institution whose principles and actions are more misaligned. Yet, Georgetown is far from unique in this regard. Almost all major universities make grandiloquent commitments to freedom of speech. Few honor these commitments in the breach. Why?

Contrary to right-wing rhetoric, university presidents, deans, and administrators are not woke ideologues. The answer is not ideology. It is incentives.

University administrators get no reward for upholding abstract principles in the face of student outcry and protest. Their incentive is to quell the dissension as quickly as possible, which usually means mollifying the protestors. Standing on principle tends to exacerbate the strife by provoking more virulent student protests and generating negative media coverage. Those who successfully quiet the disruption receive praise from the university administration. (Indeed, this is precisely what happened at Georgetown when the dean fired and disciplined the adjunct professors for their speech last year. The President of the university published a campus-wide message praising his “decisive actions [as] essential and consistent with the ethos and ideals we strive to sustain at Georgetown.”) They receive no personal blowback for violating the institution’s abstract commitment to freedom of speech.

Consider the position of Georgetown’s dean. He is confronted with students using social media to ramp up outrage and skipping classes to protest. The Washington Post and other media outlets have picked up the story. There is a real risk of things spiraling out of control and disrupting the functioning of the law school. His strongest incentive is to make this issue go away. How can this be done? By mollifying the students or by sticking up for the University’s commitment to freedom of speech on campus?

How surprising can it be that, in the event, the dean spent more than an hour trying to assuage the students? Reiterating his shock—“[a]gain, I was appalled to see the tweet. I tried to move as quickly as I can . . . within hours of the tweet going out, I made my statement.”—sympathizing with the students—“this is painful for all of us but I know how painful and awful it is for you, and I know what a terrible burden it is,”—and praising them for their input—“I’m grateful for you taking the time to talk, I’m grateful for your insights, I heard a lot today that I won’t just be reflecting on but that I’ll be moving forward with, and I will be in dialogue with you about what we’re doing.”

What personal detriment does the dean suffer from violating the University’s speech and expression policy? His actions have been criticized as a violation of academic freedom in a public letter signed by more than a hundred academics. The officers of the Foundation for Individual Rights in Education published a column in the Washington Post decrying his action as a violation of freedom of speech. These actions may make the authors and signers feel good about themselves, but they impose no hardship on the dean personally.

Universities that layer an abstract commitment to freedom of speech onto an incentive structure that rewards the suppression of offensive behavior are committing the classic managerial blunder of “hoping for A, but paying for B,” which invariably produces B. For the abstract commitment to freedom of speech to have any practical effect, universities must alter their incentive structures. Those with the responsibility of enforcing the commitment must either be rewarded for doing so or punished for failing to do so.

Fortunately, these incentives can be changed. The first requirement is to add the following sentence to the university’s speech and expression policy: The University will summarily dismiss any allegation that an individual or group has violated a university policy if the allegation is based solely on the individual’s or group’s expression of his, her, or its religious, philosophical, literary, artistic, political, or scientific viewpoints. This makes the university’s abstract commitment to freedom of speech definite and explicit. Think of this as a freedom of speech “safe harbor” provision.

University policy is binding on the institution. It creates a contract between the school and its students and faculty that is legally enforceable.

The second requirement is to create a pro bono legal group that will sue any school that violates the safe harbor provision. This allows parties targeted for their speech to sue for the violation of their contractual rights.

The prospect of such lawsuits does not change the incentives of university administrators. But it does change the incentives of one party; university counsel. University counsel are not interested in winning lawsuits brought against the university. They are interested in preventing lawsuits from being brought against the university in the first place. The combination of the safe harbor provision and the realistic threat of lawsuit for its violation can motivate university counsel to restrain the conduct of administrators. They might require allegations of harassment to be reviewed by a member of the counsel’s office who knows how to distinguish complaints about speech from genuine harassment. They will almost certainly insist on revising the university’s anti-harassment training to stress that students and faculty should not file complaints based solely on the content of the viewpoint being expressed. But whatever steps they take would tend to give the college’s or university’s abstract commitment to freedom of speech some real practical effect.

The fear of being sanctioned by universities for advocating unpopular ideas does not arise from a lack of institutional commitments to freedom of speech. Almost all universities make such commitments. The fear arises from the fact that no university administrator has the incentive to honor the commitment when it counts. Adding a safe harbor provision to university policy and organizing a pro bono legal firm dedicated to protecting freedom of speech on campus—something the Foundation for Individual Rights is currently doing—can change this incentive.

Administrators will not act against their own interests merely to uphold an abstract principle unless there is some cost for failing to do so. The threat of damage awards can be that cost. It is a way of making universities that issue grandiose commitments to freedom of speech put their money where their mouths are. 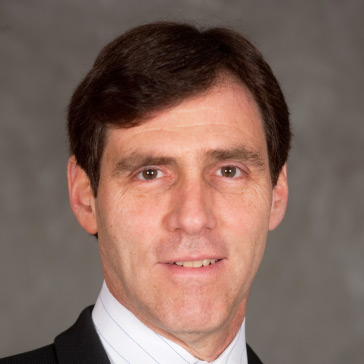 John Hasnas is a Professor of Law at Georgetown University Law Center, a Professor of Ethics in the McDonough School of Business at Georgetown University, and the Executive Director of the Georgetown Institute for the Study of Markets and Ethics.
Constitutional LawContemporary PoliticsCulture and SocietyDefense and Foreign PolicyEconomyEducationFamilyFree SpeechGovernment and PoliticsHigher EducationLabor and EmploymentLabor Law and RegulationLaw and LibertyLitigationPhilosophy and ReligionPolitical TheoryRace IssuesTerrorism and Homeland Security

RELATED
The GOP Needs to Go Back to Sound Principles on Free Enterprise, Small Government, and Legal Immigration
End the COVID National Emergency Now
Let Them Compete: Labor Markets Are Workers’ Friends, Not Their Enemies
Left Libertarians, Dobbs, and the Ninth Amendment
Congress Must Fix the Electoral Count Act to Avert a Crisis
Why Doesn’t This Economist Want His Daughter to Be a Feminist?
As California Schools Fall Even Further, A Charter School Shows How To Succeed
Why Do Progressives Support Democrats? Part Two
There Are 8 Billion People. We Should Celebrate Superabundance, Not Lament ‘Overpopulation’
What Difference Did the Election Make?
Why Do Progressives Support Democrats? Part One
Enjoyment of the Upcoming World Cup Will Come at a Price