The Domestic Legacy of Our Global “War on Terror”: News: The Independent Institute

This year marks the 20th anniversary of the Sept. 11 attacks and the U.S. government’s subsequent “war on terror.” As part of this war, the government has engaged in extensive military operations abroad.

While attention is currently focused on its withdrawal from Afghanistan, we must note that in prosecuting its war on terror, the U.S. government has also massively expanded its powers at home. While these powers have been adopted in the name of protecting people and freedom in America, they also pose a threat to our liberty. The anniversary of the attacks offers an opportunity to take stock of these long-lasting government powers.

Less than two months after the attacks, Congress passed the PATRIOT Act, which expanded the government’s domestic surveillance powers, including the power to review information about people that is held by third parties. It also weakened Fourth Amendment protections related to “trap and trace” searches, in which incoming phone calls to a person are recorded. In addition, President George W. Bush issued an order to ease the constraints imposed by the Foreign Intelligence Surveillance Act (FISA) on the National Security Agency (NSA). This allowed the agency to execute warrantless searches of American citizens’ emails and phone calls.

After several reauthorizations, key provisions of the PATRIOT Act expired in March 2020. However, its spirit is alive and well. The underlying surveillance apparatus, which was expansive even before 9/11, is still in place. And many surveillance activities and programs outside of the PATRIOT Act still exist in expanded form and will be with us for the foreseeable future.

A second domestic legacy of the war on terror is the militarization of domestic police forces. According to one estimate, since 9/11, the Department of Defense has transferred $1.6 billion worth of equipment to law enforcement agencies—for items like mine-resistant vehicles, machine guns, grenade launchers and military aircraft. Domestic police departments have also obtained “stingrays,” or “cell site simulators,” which can be used to make cell phones transmit information, such as location and other identifiers. Originally developed for military and intelligence use abroad, these devices are now used by local law enforcement, which can spy on people in the United States with little to no oversight.

A final domestic legacy of the war on terror is civil asset forfeiture, which allows the police to seize assets from anyone suspected of illegal activity, but without having to charge them with a crime. The PATRIOT Act weakened earlier protections against forfeiture abuse, making it easier for the government to seize the property of anyone suspected of being associated with terrorist activity. Once property is seized, owners who want it back have the onus of demonstrating innocence. Further compounding this perverse system is the arrangement in which state and federal authorities share the proceeds from the sale of seized assets. Law enforcement thus has an incentive to take property assets, since the evidentiary bar is low and the benefits are high.

These expanded government powers impose high costs on many innocent people. The hardest hit are people who lack the money and time to fight back through the courts.

The famous sociologist William Graham Sumner (1840-1910) once observed that, “it is not possible to experiment with a society and just drop the experiment whenever we choose. The experiment enters into the life of society and never can be got out again.”

This is certainly the case with the post-9/11 expansions of government powers. In the wake of the police killing of George Floyd in May 2020, there were protests against police brutality throughout the country. Protestors were monitored through aerial surveillance, and a range of military-grade equipment was deployed. More recently, since the Jan. 6 Capitol Hill riot, there have been calls for a new war on domestic terror.

Perhaps the lasting legacy of the war on terror is the expansion and entrenchment of government power over the lives of Americans. 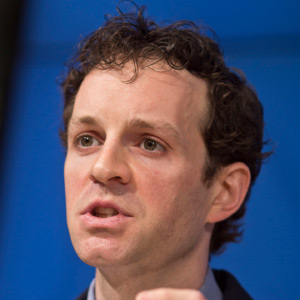 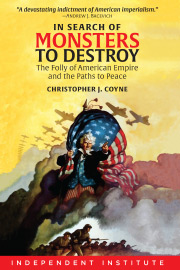