Lessons for Today from the Gold Standard: News: The Independent Institute

←  NEWS
COMMENTARY
Lessons for Today from the Gold Standard
Though a return to the old system isn’t likely, the Fed’s management of the fiat dollar has been worse.
August 9, 2021
By William J. Luther, Alexander William Salter
Also published in The Wall Street Journal Mon. August 2, 2021  « Show Fewer

President Richard Nixon ended the redeemability of dollars for gold and ushered in the fiat money era on Aug. 15, 1971. Many economists look back on the occasion with delight, agreeing with John Maynard Keynes that the gold standard was “a barbarous relic.” Today nearly all economists believe the U.S. economy has performed better under fiat money than it would have with the gold standard.

This conventional wisdom is wrong. The gold standard wasn’t perfect, but the fiat dollar has been even worse. Fifty years after the Nixon shock, it is worth remembering how well the gold standard worked.

Under a genuine gold standard, a monetary unit is defined as a specific quantity of gold. Coins, notes and deposit balances are used in transactions. Competition among gold miners adjusts the money supply in response to changes in demand, making purchasing power stable and predictable over long periods. The threat of customers redeeming notes and deposits for gold discourages banks from overissuing, ensuring that redeemable claims to gold generally circulate at par with gold.

The 1944 Bretton Woods system, which Nixon ended, wasn’t a genuine gold standard. U.S. citizens had been prohibited from holding any monetary gold since 1933, when President Franklin D. Roosevelt issued executive order 6102. Bretton Woods limited redemption of dollars for gold to foreign governments, which issued their own currencies and conducted monetary policy to support fixed exchange rates with the dollar.

Nearly all economists believe a central bank can manage the money supply better than the gold standard. But in practice, the Fed has failed to govern the money supply responsibly. Inflation averaged only 0.2% a year from 1790 to 1913, when the Federal Reserve Act passed. Inflation was higher under the Fed-managed gold standard, averaging 2.7% from 1914 to 1971. It has been even higher without the constraint of gold. From 1972 to 2019, inflation averaged 4%.

The price level hasn’t only grown faster under the Fed, it has also become less predictable. In a 2012 article published in the Journal of Macroeconomics, George Selgin, William D. Lastrapes and Lawrence H. White find “almost no persistence in the variance of inflation prior to the Fed’s establishment, and a very high degree of persistence afterwards.” They argue that since deviations in the purchasing power of money tend to be temporary under a gold standard, the price level is easy to predict. The same isn’t true under the Fed.

The Fed’s poor record has real consequences. High inflation means businesses must change prices more frequently and consumers find it more difficult to compare the prices of goods and services over time. Businesses and their customers are encouraged to hold less cash, which makes transactions more difficult.

An unpredictable price level also discourages production by adding risk to long-term contracts. In 1863, with the price level anchored by the gold standard, the Elmira and Williamsport Railroad Co. issued a bond that wouldn’t mature until Oct. 1, 2862. Few would purchase a nominal bond of comparable duration today. Even 100-year bonds are rare. The risk that the price level will deviate from expectation is too great.

One might be willing to accept the costs of higher inflation and a less predictable price level if a Fed-managed fiat dollar reduced undesirable macroeconomic fluctuation. But that hasn’t happened.

Consider the past two decades. The early 2000s had an unsustainable boom, as the Fed held interest rates too low for too long. Then, in 2008, the Fed adopted a new operating regime, which effectively prevented it from accommodating an increase in money demand. By paying a premium interest rate on reserves, the Fed transformed what might have been a mild correction into the greatest economic downturn since the Great Depression. Its new approach discouraged bank lending, which contributed to the sluggish recovery that followed as well.

More recently, the Fed took bold steps to fight the economic downturn resulting from the Covid-19 pandemic. Yet as we argue with Nicolas Cachanosky, Bryan Cutsinger and Thomas Hogan in a recent Southern Economic Journal article, it did so at a considerable risk to its long-term political independence.

Despite the Fed’s failure to manage fiat dollars, there is probably no going back to gold. Returning to a gold standard lacks a viable political coalition, and it isn’t obvious that a gold standard would work well after 50 years of Fed management. Yet it is still worth appreciating how the money supply adjusted automatically on the gold standard, which the Fed could mimic by adopting a strict monetary rule to accommodate changes in money demand.

The Fed-managed fiat dollar hasn’t lived up to its potential. But the lessons of the past can improve the present system. Rehabilitating the gold standard’s reputation is a crucial first step. 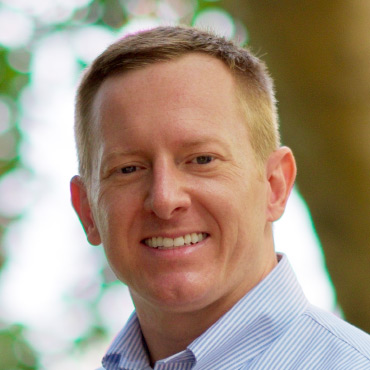 William J. Luther is an Associate Professor of Economics at Florida Atlantic University and the Director of the Sound Money Project at the American Institute for Economic Research.