←  NEWS
COMMENTARY
Restricting the Unvaccinated Sets a Dangerous Precedent
May 7, 2021
By Abigail Devereaux
Also published in The Hill Thu. May 6, 2021  « Show Fewer

Business activities and travel remain highly restricted in many places after a harrowing year. People, businesses and social organizations are eager to get back to normal, so it’s no surprise that vaccine passports, sold as tickets to normality, are making news.

In the United States no federal vaccine passport exists, but certain states are rolling them out. New York’s Excelsior Pass restricts social activities like large sporting events and performances to those on the state’s vaccine registry. Hawaii’s vaccine passport allows locally vaccinated travelers to skip testing and quarantine but doesn’t yet have a way to verify out-of-state vaccinations.

Should we be concerned about vaccine passports? Aren’t they simply a way for vaccinated people to go out again, for restaurants to open confidently, and for those who are concerned about the slightly-less-than 100 percent efficacy of vaccines to get back to normal life?

Yes, we should be concerned. Wars, pandemics, and other emergencies are particularly fragile periods for freedom. Vaccine passports have the potential to become new, intrusive and permanent credentials. Historian Robert Higgs warns that policies adopted during wars, pandemics and other emergencies have tended to increase the size and scope of government long after the emergency passed. Illiberal policies like forced sterilization and even racial apartheid were justified in the wake of pandemics.

To get a handle on how vaccine passports could ratchet up and beyond their initial specifications, let’s consider the history of conventional passports.

Passports for entry into and exit from countries during peacetime are newer than you might think. They were justified during World War I in the United States to prevent spies coming in and state secrets going out. On the other hand, from antiquity until nearly the 1600s, travel documents were seals of approval intended to enable merchants, explorers, and dignitaries to travel freely and unmolested.

In the 1600s, these laissez-passer “safe conduct” documents transformed into the passeport, used thereafter to exclude immigrants and prevent those with technological and government secrets from leaving the country. French revolutionaries recognized the illiberality of peacetime passports and briefly abolished them in the late 18th century before reimplementing them even more strictly. The peacetime passport was too tempting a method of citizen control for even the liberal-minded to resist. Most of Europe instituted their own peacetime passports after the French Revolution. Some countries adopted domestic passports, with Germany notable for its odious Judenausweis identity papers restricting the movements of Jews. In the Soviet Union, domestic identity papers controlled where people lived and worked.

In the United States it took war—world war—to turn the free-movement default on its head. World War I introduced passports for entry and exit in the name of state security.

Temporary emergency measures perpetually threaten to become permanent and ordinary. After World War I created the passport bureaucracy and funding, its scope expanded beyond state security to control the immigration and emigration of peaceful people. By 1941, passports were required once more for lawful exit during war, and by 1952 for lawful entry and exit during peacetime. Today, citizenship is arguably represented by the acquisition of a passport.

Vaccine passports have the potential to grow similarly in size and scope. The pandemic’s arbitrary “essential” and “nonessential” business classifications are informing the contours of vaccine passport rules. The next phase of the pandemic could be framed as a war against viral variants, necessitating a continual and indefinite tracking of vaccination status, as we may need frequent boosters. Ominously, legal scholars argue that governments could be constitutionally obligated to turn to vaccine passports as a less-worse way of infringing human rights than general shutdown orders.

We are at a critical social juncture after a year of devastation. We should use the availability of effective vaccines as a reason to put the brakes on new interventions, not plow forward into more uncharted social territory by creating and requiring novel health credentials to participate in normal life. 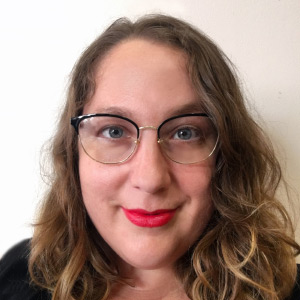 RELATED
Higher Education Used to Love Controversy
Textbooks: Do We Know Which Ones Are Effective?
Martha’s Meltdown Model
The New Inquisition
Special Master Ruling Smacks of Excessive Reverence for the Imperial Presidency
Is Latin America Beyond Hope?
Health Reforms Both Parties Should Endorse
Harris Skipped Her Homework on Abortion and the Constitution
Medicare Prescription Drugs: A Case Study in Government Failure
Hollywood Blacklist Backstory
The Verdict Is in for El Salvador’s Bitcoin Experiment: It Failed
Next PM Must Guarantee Britain Never Locks Down Again