Much to Forgive: News: The Independent Institute

“There can be no keener revelation of a society’s soul,” Nelson Mandela famously said, “than the way in which it treats its children.” By that standard, our society now has the soul of an abusive parent. The pandemic has turned American adults, or at least the ones who make the rules, into selfish neurotics who have been punishing innocent children for over a year—and still can’t restrain themselves.

When the pandemic began, the lack of knowledge about Covid-19 justified this behavior. That excuse has vanished. It became clear long ago that the virus is less dangerous to children than the flu, and that keeping schools open poses minimal risk of spreading infections. Yet despite this evidence—and despite the widespread availability of vaccines to teachers and other adults—many schools have yet to reopen full-time, and others are still making students as miserable as possible.

Schools have canceled many sports and other extracurricular activities, isolated students in Plexiglas cells, and forced them to wear masks in classrooms and on playgrounds. Social distancing and masks hinder learning while harming children emotionally, socially, and physically, all for no purpose other than providing false comfort to adults who ought to know better.

The rationale for forcing anyone to wear a mask is questionable, as my colleague Connor Harris has meticulously demonstrated. Wearing masks might provide some protection for some high-risk adults in crowded indoor settings, but the evidence is mixed, and masks can be not just uncomfortable but harmful. Some adults may judge the trade-offs worthwhile for themselves, but for children it’s all pain and no gain.

The mask mandates are especially cruel to young children. Adults are supposed to ease their fears, to reassure them that monsters aren’t hiding under the bed. Instead, we’re frightening them into believing they’re being stalked by invisible menaces lurking in the air. A year of mask-wearing will scar some of them psychologically—and maybe physically, too, according to a team of Italian professors of plastic surgery, who warn that the prolonged pressure from the elastic straps could leave young children with permanently protruding ears. By hiding teachers’ lips and muffling their speech, mask-wearing makes it harder for young children to develop linguistic skills and prevents children with hearing impairments from lip reading. Unable to rely on facial cues, teachers and students of all ages are more likely to misinterpret one other, a particularly acute problem for children on the autism spectrum. How are children supposed to develop social skills when they can’t see one another’s faces, sit together, or play together?

Researchers from the University of Witten/Herdecke in Germany have catalogued other problems. They established an online registry for parents to report on the side effects of mask-wearing. Among the nearly 18,000 parents who chose to respond (not a random sample, obviously), more than half reported that the masks were giving their children headaches and making it difficult for them to concentrate. More than one-third cited other side effects: increased reluctance to go to school, unhappiness, malaise, impaired learning, drowsiness, and fatigue. After considering those reports as well as testimony from other researchers, a court in Weimar, Germany, recently ruled in favor of a parent arguing that her children’s basic rights were being violated by the mandates for masks and social distancing at her children’s two schools. The court ordered the schools to end the mandates, declaring that they damaged the “mental, physical and spiritual well-being” of students while failing to offer “any discernible benefit for the children themselves or for third parties.”

Masks can be breeding grounds for infections from bacteria, mold and fungi, which is why the Centers for Disease Control recommends that a cloth mask should be washed with soap and water “whenever it gets dirty or at least daily.” The CDC also advises washing your hands any time you take off the mask, and then washing your hands again after you put it back on. Pretending that children (or adults, for that matter) are dutifully taking all these precautions is absurd, yet the CDC nonetheless recommends that everyone older than two should wear masks both indoors and outdoors.

The CDC’s policy placates the leaders of teachers’ unions but flouts the guidanceissued jointly by UNICEF and the World Health Organization: “Children aged 5 years and under should not be required to wear masks. This is based on the safety and overall interest of the child and the capacity to appropriately use a mask with minimal assistance.” The groups also advise against masks for older children when physically active: “Children should not wear a mask when playing sports or doing physical activities, such as running, jumping or playing on the playground, so that it doesn’t compromise their breathing.” For children aged six to 11, masks are recommended in classrooms only if the school is in a locality with “widespread transmission,” and then only after consulting with parents and weighing the potential impact on “learning and psychosocial development.”

Since UNICEF and WHO issued that guidance in August, the evidence emerging from schools shows that masks and most other restrictions are unnecessary for children of any age. Swedish economists at the universities of Stockholm and Uppsala conducted the most rigorous and comprehensive study. During last spring’s outbreak, Sweden in effect undertook a nationwide controlled experiment by switching its senior high schools to online instruction while keeping younger students in classrooms with few Covid restrictions. Class sizes for the younger students were not reduced, and students who had been in contact with an infected person were allowed to stay in school (instead of being quarantined at home, as the CDC in the United States recommends). Neither teachers nor students were encouraged to wear masks—in fact, health authorities discouraged the wearing of masks, and few Swedes of any age wore them last year.

None of the children who kept going to school died of Covid, and there was little effect on the adults in their lives. The Swedish researchers, who had access to the health records of the entire population, analyzed the rates of Covid infections and medical treatments among hundreds of thousands of teachers and parents. To minimize confounding variables, the economists compared two groups of parents with similarly aged children: those with ninth-graders who kept going to school and those with tenth-graders who stayed home. There was no difference in their risk of serious Covid disease. The parents whose children kept going to school were slightly more likely to test positive for Covid, but no more likely to be treated or hospitalized for it, than were the parents whose children stayed home.

The unmasked teachers in classrooms at the junior high schools were more likely to be hospitalized for Covid than were the online teachers, but the difference was hardly catastrophic: 0.09 percent, meaning there was less than one additional severe case for every 1,000 classroom teachers. That extra risk might warrant some precautions, such as excusing older teachers from classroom duties if they haven’t been vaccinated, but it doesn’t justify closing schools or forcing children to wear masks.

Workers in less crucial professions have been taking greater risks throughout the pandemic. Another team of Swedish researchers, led by Jonas F. Ludvigsson of the Karolinksa Institute, put the danger in perspective by comparing the occupations of people with severe cases of Covid during the outbreak in Sweden last spring. Among the country’s roughly 100,000 schoolteachers, 20 received intensive-care treatment for Covid. Even after the researchers excluded health-care workers from the comparison, they found that teachers’ risk of winding up in the ICU last spring was less than half the risk for the rest of the workforce.

Now that the pandemic has eased and so many people have developed immunity either from vaccination or infection, the risk to teachers in America and most other places is even lower. For the teachers who clamored to reach the front of the line for vaccines, the risk of teaching in a room of unmasked students is essentially nil. It’s clear from the Swedish economists’ study that the risk to the students’ parents is also essentially nil. There is no excuse for closing any school, particularly now that we know the effect on learning: researchers have found that children studying remotely make little or no academic progress, and that the “learning loss” is most pronounced among those from disadvantaged homes. Yet teachers, parents, public-health officials, and journalists persist in ignoring these facts—and the lasting damage that their irrational fears are doing to the most vulnerable members of society.

So far, adult fearmongering has probably fooled most children into believing that school closures, social distancing, and masks are necessary precautions. But eventually, when the hysteria abets and the facts emerge, they will realize that their year of studying miserably served no more rational purpose than our ancestors’ child sacrifices to the gods. As Oscar Wilde said, “Children begin by loving their parents; as they grow older they judge them; sometimes they forgive them.” This generation will have much to forgive. 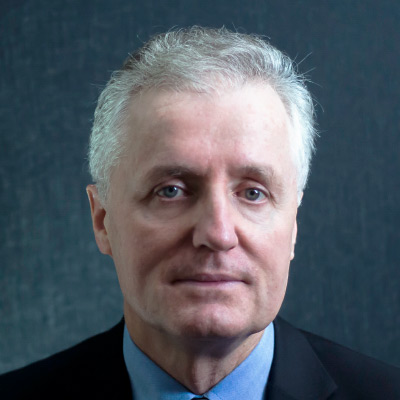