Climate Change Rebuttal: Evangelical Scientists Correct One Error, Make Others of their Own: News: The Independent Institute

Some people think belief in God and belief in manmade global warming are incompatible. Two evangelical climate scientists rightly corrected that in The Christian Post, pointing out that they believe in God and in global warming. But they went on to make serious mistakes of their own.

We, too, are evangelical climate scientists. We, too, believe in manmade global warming. But, unlike Katharine Hayhoe and Thomas Ackerman, we believe natural climate variations might far outweigh human-induced variations and that attempts to control future global temperature by reducing greenhouse gas (especially carbon dioxide—CO2) emissions will cause more harm than good to the poor for whom Hayhoe and Ackerman express concern. Like them, “We are also evangelical Christians who believe that God created the world in which we live.”

Like them, “We are ... atmospheric scientists who study climate change, having earned advanced degrees in our respective fields and having devoted our lives to increasing knowledge through scientific research.” Like them, “We know climate change is real.”

Unlike them, we deny “that most of it is human-caused, and that it is a threat to future generations that must be addressed by the global community.”

That is why, unlike them, we did not “join with 200 evangelical scientists” (only 5 of whom were climate scientists) “in urging Congress to take action on climate change.” Rather, while they believe “the negative consequences and burdens of a changing climate will fall disproportionately on those whom Jesus called ‘the least of these’: the poor, vulnerable, and oppressed,” we are convinced that the negative consequences of fighting climate change will fall disproportionately on the poor.

While Hayhoe and Ackerman insist that their belief in dangerous manmade climate change is a matter not of faith but of sight—of scientific evidence—we are convinced that it is precisely the opposite. Why? Because the observational (scientific) evidence conflicts with it.

As illustrated in the two graphs below, the average (mean) carbon dioxide-driven warming predicted for 1979–2013 by the computer climate models on which Hayhoe and Ackerman depend for their alarms runs about three-and-a-half times the actual observed warming. Even the few model predictions closest to reality run at least 60% higher than observations. And as the second graph shows, contrary to the models’ predictions, there has been no significant warming for about the last 17 years. 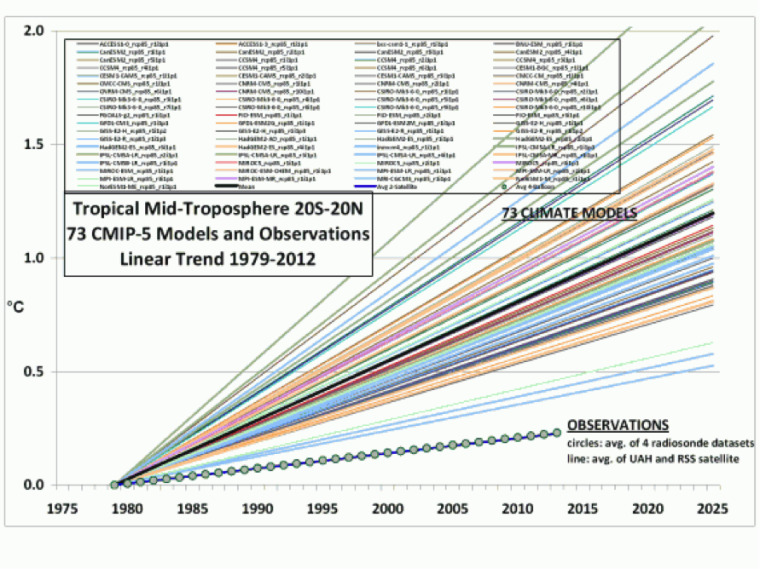 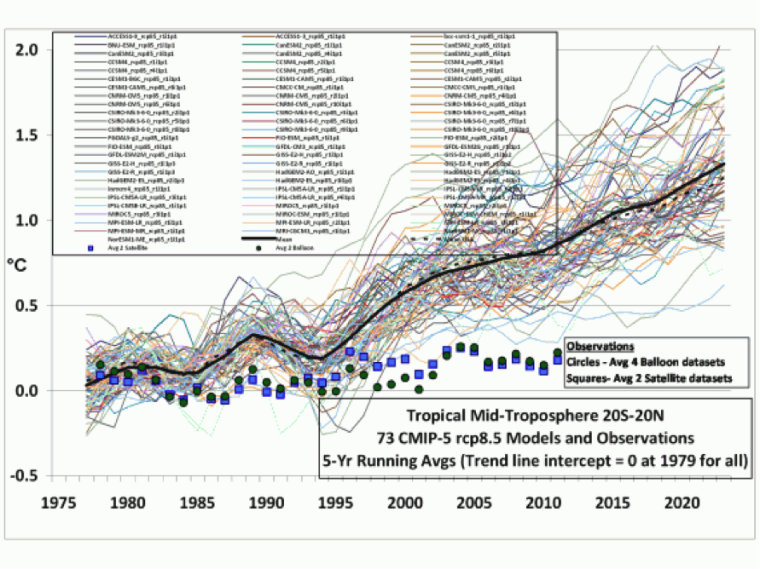 In The Character of Physical Law (1965), the great physicist Richard Feynman explained how scientists—real scientists, doing real science—look for laws to explain how the world works:

In general we look for a new law by the following process. First we guess it. Then we compute the consequences of the guess to see what would be implied if this law that we guessed is right. Then we compare the result of the computation to nature, with experiment or experience, compare it directly with observation, to see if it works. If it disagrees with experiment it is wrong.

That’s why growing numbers of climate scientists (including us) recognize that the divergence between real-world observations and predictions means that the models vastly exaggerate CO2’s warming effect. Consequently, estimates of harms from CO2-induced warming, and of benefits from reducing CO2 emissions, too, are vastly exaggerated.

Hayhoe and Ackerman—like other climate alarmists—urge us to try to reduce future warming by reducing our use of fossil fuels. That is doubly mistaken.

First, it would have next to no impact on future temperatures. As evangelical climate scientist Dr. John R. Christy calculates, even if the U.S. achieved a 50% reduction in CO2 emissions by 2050, the net impact would be a reduction in global average temperature of a practically undetectable and inconsequential 7 hundredths of 1 degree Celsius.

Second, the only way to reduce CO2 emissions is to make drastic cuts in use of fossil fuels for energy. But abundant, affordable, reliable energy is crucial to economic development, and, aside from nuclear, fossil fuels are, especially in the developing world, our best source for that. Switching from them to "renewables" like wind, solar, and biomass would mean drastically raising energy costs (and so the cost of everything else)—hurting everybody, but the poor worst of all.

As evangelicals, we need to get serious about protecting the poor from the harms of climate alarmism.

Hayhoe and Ackerman say they want “informed and sustained conversations.”

We agree. Therefore we challenge them, or other evangelicals of their choice, to a formal public debate—with a scientist, an economist, and a theologian on each side—at an evangelical college of their choice. Up for debate would be the magnitude, causes, and consequences of recent and foreseeable global warming and whether fighting it by reducing CO2 emissions would cause more good than harm to the poor. 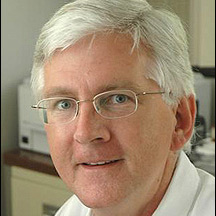 Roy W. Spencer is a Principal Research Scientist in Atmospheric Science in the National Space Science and Technology Center at the University of Alabama, Huntsville and a Sr. Fellow at the of the Cornwall Alliance for the Stewardship of Creation.
Business and EntrepreneurshipClimate ChangeCulture and SocietyEconomyEnergy and the EnvironmentEnvironmental Law and RegulationFree Market EconomicsNatural ResourcesPhilosophy and ReligionPollutionTaxesTransportation

RELATED
Pandemics and Liberty: An Introduction
How San Francisco Can Solve Its Homelessness Problem
Gov. Newsom Is Right to Oppose Proposition 30, A Destructive Tax Increase
Remembering Hate Speech
Martha’s Meltdown Model
The New Inquisition
Is Latin America Beyond Hope?
Health Reforms Both Parties Should Endorse
Medicare Prescription Drugs: A Case Study in Government Failure
The Verdict Is in for El Salvador’s Bitcoin Experiment: It Failed
Next PM Must Guarantee Britain Never Locks Down Again
Prohibition Is A Bad Way to Deal with Flavored Tobacco