A Pandemic of Misinformation: News: The Independent Institute

America has been paralyzed by death and fear for nearly a year, and the politicization of the pandemic has made things worse by adding misinformation and vitriol to the mix. With vaccines finally being administered, we should be entering a joyous phase. Instead we endure still more inflammatory rhetoric and media distortion.

Americans need to understand three realities. First, all 50 states independently directed and implemented their own pandemic policies. In every case, governors and local officials were responsible for on-the-ground choices—every business limit, school closing, shelter-in-place order and mask requirement. No policy on any of these issues was set by the federal government, except those involving federal property and employees.

Second, nearly all states used the same draconian policies that people now insist on hardening, even though the number of positive cases increased while people’s movements were constrained, business activities were strictly limited, and schools were closed. Governors in all but a few states—Florida and South Dakota are notable exceptions—imposed curfews, quarantines, directives on group gatherings, and mask mandates.

Mobility tracking verifies that people restricted their movement. Gallup and YouGov data show that 80% to 90% of Americans have been wearing masks since early August. Lockdown policies had baleful effects on local economies, families and children, and the virus spread anyway. If one advocates more lockdowns because of bad outcomes so far, why don’t the results of those lockdowns matter?

Third, the federal government’s role in the pandemic has been grossly mischaracterized by the media and their Democratic allies. That distortion has obscured several significant successes, while undermining the confidence of ordinary Americans. Federal financial support and directives enabled the development of a massive, state-of-the-art testing capacity and produced billions of dollars of personal protective equipment. Federal agencies met all requests for supplemental medical personnel and hospital-bed capacity. Officials in the Health and Human Services Department have told me there are no unmet requests for extra resources.

The federal government also increased the protection of the elderly during late summer and fall. This effort included an intensive testing strategy for nursing-home staff and residents based on community activity, new proactive warnings to the highest-risk elderly living independently, millions of point-of-care tests and extra personal protective equipment for senior living facilities, and new alliances and financial incentives to improve nursing home infection control.

The federal government also expedited development and delivery of lifesaving drugs, such as novel antibody treatments that reduce hospitalizations of high-risk elderly by more than 70%. According to HHS, more than 200,000 doses of these monoclonal-antibody drugs have been delivered to hospitals in all 50 states. Under Operation Warp Speed, the federal government took nearly all the risk away from private pharmaceutical companies and delivered highly effective vaccines, hitting all promised timelines.

In this season when respiratory virus illnesses become more common and people move indoors to keep warm, many states are turning to more severe restrictions on businesses and outdoor activities. Yet empirical data from the U.S., Europe and Japan show that lockdowns don’t eliminate the virus and don’t stop the virus from spreading. They do, however, create extremely harmful health and social problems beyond a dramatic drop in learning, including a tripling of reported depression, skyrocketing suicidal ideation, unreported child abuse, skipped visits for cancer and other medical care.

It adds up to a future health disaster. “For younger people, the lockdowns are so harmful, so deadly, there’s really no good justification,” says Stanford’s Jay Bhattacharya, especially when considering their extremely low risk from Covid-19.

States and cities that keep their economies locked down after highly vulnerable populations have been vaccinated will be doubling down on failed policies that are destroying families and sacrificing children, particularly among the working class and poor.

The media has done its best to misinform the public with political attacks about who is to blame for this pain and misery even as it diminishes the great achievement of the new vaccines. The decline of objectivity in journalism has been evident for years. Now we see that even respected scientific journals, which are supposed to vet and publish the best objective research, have been contaminated by politics. Social media has become the arbiter of allowable discussion, while universities intimidate and suppress the free exchange of ideas necessary to uncover scientific truths.

It is not at all clear that American society with its cherished freedoms will survive, regardless of our success in defeating the pandemic threat. 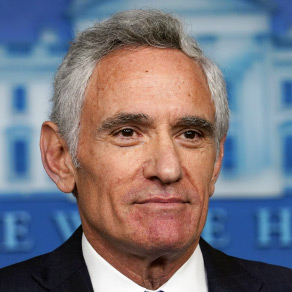 RELATED
The COVID/Crypto Connection: The Grim Saga of FTX and Sam Bankman-Fried
The GOP Needs to Go Back to Sound Principles on Free Enterprise, Small Government, and Legal Immigration
Fine. Blame Ticketmaster for the Taylor Swift Fiasco, but Don’t Overlook the Fundamental Cause.
Can’t Get Taylor Swift Tickets? Blame Other Fans, Not Ticketmaster
End the COVID National Emergency Now
Let Them Compete: Labor Markets Are Workers’ Friends, Not Their Enemies
Left Libertarians, Dobbs, and the Ninth Amendment
Congress Must Fix the Electoral Count Act to Avert a Crisis
Why Doesn’t This Economist Want His Daughter to Be a Feminist?
As California Schools Fall Even Further, A Charter School Shows How To Succeed
Why Do Progressives Support Democrats? Part Two
There Are 8 Billion People. We Should Celebrate Superabundance, Not Lament ‘Overpopulation’