←  ABOUT US
About
›
Person Detail
Scott W. Atlas 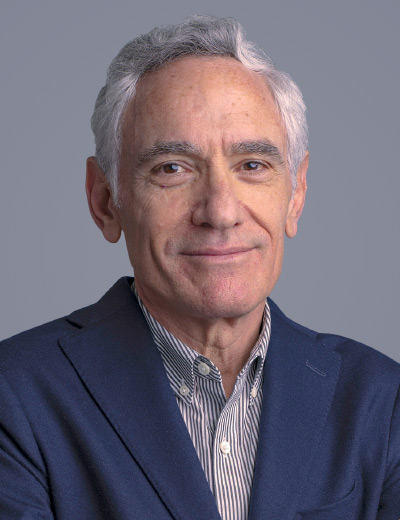 Scott W. Atlas, M.D., is Senior Advisor at the Independent Institute and host of the the podcast “Independent Truths with Dr. Scott Atlas”. He is also the Robert Wesson Senior Fellow in the Hoover Institution at Stanford University, Co-Director of the Global Liberty Institute, and Senior Scholar and Founding Fellow Academy for Science & Freedom at Hillsdale College. He investigates the role of government and the private sector in health care quality and access, global trends in health care innovation, and the key economic and civil liberty issues related to health policy.

Before his policy appointment at Hoover Institution, he was Professor and Chief of Neuroradiology at Stanford University Medical Center for 14 years and in academic medicine for 25 years. Dr. Atlas’s books include the bestselling A Plague Upon Our House: My Fight at the Trump White House to Stop COVID from Destroying America, plus Restoring Quality Health Care: A Six Point Plan for Comprehensive Reform at Lower Cost, In Excellent Health: Setting the Record Straight on America’s Health Care System, Reforming America’s Health Care System, and Power to the Patient: Selected Health Care Issues and Policy Solutions. He has been interviewed by or has published his work in a variety of media, including BBC Radio, the PBS NewsHour, Wall Street Journal, New York Times, Forbes, CNN, USA Today, Fox News Channel, Fox Nation, Financial Times, Brazil’s Correio Braziliense, Italy’s Corriere della Sera, Argentina’s Diario La Nacion, and India's The Hindu.

Dr. Atlas is a frequent policy advisor to policymakers and government officials in the United States and in other countries. He has served as Senior Advisor for Health Care to a number of candidates for President of the United States, as well as having counseled members of the U.S. Congress on health care, testified before Congress, and briefed directors of key agencies in the federal government. He served from August to December, 2020, as a Special Advisor to the President and a member of the White House Coronavirus Task Force.

He lectures on a variety of topics, most notably the role of government and the private sector in health care quality and access, global trends in health care innovation, and the key economic issues related to the future of technology‐based medical advances. In the private sector, Atlas is a frequent advisor to start-up entrepreneurs and companies in life sciences and medical technology.

He is also the editor of the leading textbook in the field, Magnetic Resonance Imaging of the Brain and Spine, now in its fifth edition and previously translated from English into Mandarin, Spanish, and Portuguese. He has been an editor, an associate editor, and a member of the editorial and scientific boards of many journals as well as national and international scientific societies during the past three decades and has written more than 120 scientific publications in leading journals. As professor and Chief of Neuroradiology at Stanford University Medical Center from 1998 until 2012 and during his prior academic positions, Dr. Atlas trained more than one hundred neuroradiology fellows, many of whom are now leaders in the field throughout the world.

Dr. Atlas has received many awards from leading institutions and societies in recognition of his leadership in policy and medicine, including the 2022 Encounter Prize for Advancing American Ideals, explained as follows: “Standing up to injustice and facing down the madding crowd of conformity requires enormous patience, equilibrium, insight, and courage—the most important virtue, Aristotle observed, because without it none of the other virtues can flourish. The Encounter Prize for Advancing American Ideals pays tribute to individuals who effectively embody this rare combination of virtues in their lives and work;” the 2021 Freedom Leadership Award, Hillsdale College’s highest honor, “in recognition of his dedication to individual freedom and the free society,” the 2021 Conservative Partnership Institute Freedom Fighter of the Year Award, CPI’s highest honor, "bestowed upon an individual for their courage and dedication to truth and liberty" and the 2011 Alumni Achievement Award, the highest career achievement honor for a distinguished alumnus from the University of Illinois in Urbana‐Champaign. He received his MD degree from the University of Chicago School of Medicine.

Articles
Sins Against Children
On America’s moral compass in the face of Covid.
Commentary Jan. 6, 2023
When Will Academia Account for Its Covid Failures?
We need universities to be robust centers of debate, not rigid enforcers of ideological conformity.
Commentary Jan. 3, 2023
America Needs a Rebirth of Science
The nation’s experience during Covid has revealed that the scientific community is not giving Americans what they need, what they deserve, and what they pay for. We must do better.
Commentary Dec. 20, 2021
Science, Politics, and COVID
Will Truth Prevail?
Presentation Feb. 25, 2021
A Pandemic of Misinformation
The media’s politicization of Covid has proved deadly and puts Americans’ freedoms at risk.
Commentary Dec. 22, 2020
Video and Audio
Jay Bhattacharya Interview: How Science Was Politicized at Stanford During the Pandemic | Ep. 2
Video Jan. 20, 2023
Origins of My New Podcast: Interview with Mary L. G. Theroux | Ep. 1
Video Jan. 10, 2023
America’s COVID-19 Debacle: “A Plague Upon Our House” | Scott W. Atlas Interviewed
Video Aug. 26, 2021
Science and the Politics of COVID-19: Will Truth and Liberty Prevail? | Scott W. Atlas
Video Feb. 18, 2021
Media Alerts
The Stanford Review Interviews Dr. Scott Atlas to discuss his work in health policy and his time serving at the highest level of pandemic leadership in the United States
October 25, 2022
Events
America's COVID-19 Debacle: A Plague Upon Our House: My Fight at the Trump White House to Stop COVID from Destroying America
Aug. 26, 2021