In Defense of Carbon Dioxide: News: The Independent Institute

Of all of the world’s chemical compounds, none has a worse reputation than carbon dioxide. Thanks to the single-minded demonization of this natural and essential atmospheric gas by advocates of government control of energy production, the conventional wisdom about carbon dioxide is that it is a dangerous pollutant. That’s simply not the case. Contrary to what some would have us believe, increased carbon dioxide in the atmosphere will benefit the increasing population on the planet by increasing agricultural productivity.

The cessation of observed global warming for the past decade or so has shown how exaggerated NASA’s and most other computer predictions of human-caused warming have been—and how little correlation warming has with concentrations of atmospheric carbon dioxide. As many scientists have pointed out, variations in global temperature correlate much better with solar activity and with complicated cycles of the oceans and atmosphere. There isn’t the slightest evidence that more carbon dioxide has caused more extreme weather.

The current levels of carbon dioxide in the earth’s atmosphere, approaching 400 parts per million, are low by the standards of geological and plant evolutionary history. Levels were 3,000 ppm, or more, until the Paleogene period (beginning about 65 million years ago). For most plants, and for the animals and humans that use them, more carbon dioxide, far from being a "pollutant" in need of reduction, would be a benefit. This is already widely recognized by operators of commercial greenhouses, who artificially increase the carbon dioxide levels to 1,000 ppm or more to improve the growth and quality of their plants.

Using energy from sunlight—together with the catalytic action of an ancient enzyme called rubisco, the most abundant protein on earth—plants convert carbon dioxide from the air into carbohydrates and other useful molecules. Rubisco catalyzes the attachment of a carbon-dioxide molecule to another five-carbon molecule to make two three-carbon molecules, which are subsequently converted into carbohydrates. (Since the useful product from the carbon dioxide capture consists of three-carbon molecules, plants that use this simple process are called C3 plants.) C3 plants, such as wheat, rice, soybeans, cotton and many forage crops, evolved when there was much more carbon dioxide in the atmosphere than today. So these agricultural staples are actually undernourished in carbon dioxide relative to their original design.

At the current low levels of atmospheric carbon dioxide, rubisco in C3 plants can be fooled into substituting oxygen molecules for carbon-dioxide molecules. But this substitution reduces the efficiency of photosynthesis, especially at high temperatures. To get around the problem, a small number of plants have evolved a way to enrich the carbon-dioxide concentration around the rubisco enzyme, and to suppress the oxygen concentration. Called C4 plants because they utilize a molecule with four carbons, plants that use this evolutionary trick include sugar cane, corn and other tropical plants.

That’s hardly all that goes into making the case for the benefits of carbon dioxide. Right now, at our current low levels of carbon dioxide, plants are paying a heavy price in water usage. Whether plants are C3 or C4, the way they get carbon dioxide from the air is the same: The plant leaves have little holes, or stomata, through which carbon dioxide molecules can diffuse into the moist interior for use in the plant’s photosynthetic cycles.

So depending on the relative humidity and temperature, 100 or more water molecules diffuse out of the leaf for every molecule of carbon dioxide that diffuses in. And not every carbon-dioxide molecule that diffuses into a leaf gets incorporated into a carbohydrate. As a result, plants require many hundreds of grams of water to produce one gram of plant biomass, largely carbohydrate.

Driven by the need to conserve water, plants produce fewer stomata openings in their leaves when there is more carbon dioxide in the air. This decreases the amount of water that the plant is forced to transpire and allows the plant to withstand dry conditions better.

Crop yields in recent dry years were less affected by drought than crops of the dust-bowl droughts of the 1930s, when there was less carbon dioxide. Nowadays, in an age of rising population and scarcities of food and water in some regions, it’s a wonder that humanitarians aren’t clamoring for more atmospheric carbon dioxide. Instead, some are denouncing it.

We know that carbon dioxide has been a much larger fraction of the earth’s atmosphere than it is today, and the geological record shows that life flourished on land and in the oceans during those times. The incredible list of supposed horrors that increasing carbon dioxide will bring the world is pure belief disguised as science. 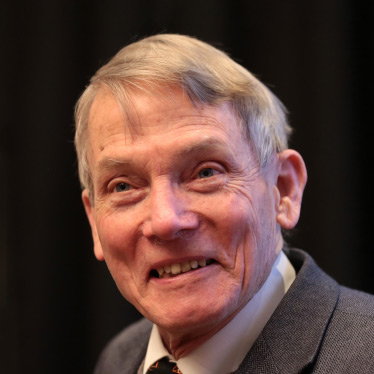 William Happer is a Senior Fellow at the Independent Institute and the Cyrus Fogg Brackett Professor Emeritus in the Department of Physics at Princeton University. 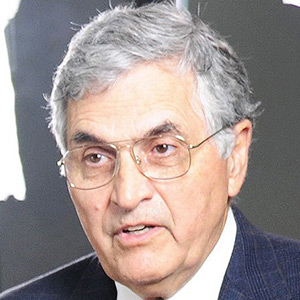 Harrison H. Schmitt was an Apollo 17 astronaut and a former U.S. senator from New Mexico, and is now an adjunct professor of engineering at the University of Wisconsin-Madison.
Climate ChangeEnergyEnergy and the EnvironmentEnvironmental Law and RegulationNatural ResourcesPollution

RELATED
There Are 8 Billion People. We Should Celebrate Superabundance, Not Lament ‘Overpopulation’
On Gas Prices, Simple Economics Trumps Biden’s Partisan Agenda
Brazilians Try to Decide Which Is the Lesser Evil
Colleges: Go Back to Basics
The Fed’s Mission Creep Has Turned Its Monetary Policy into a Failed Mission
The Bicycle Lobby Goes Back to the Federal Trough
Is This the End of the U.S.-Saudi Partnership?
The PayPal Fiasco Was No Accident
Gov. Newsom Is Right to Oppose Proposition 30, A Destructive Tax Increase
America’s Expensive Gamble On Electrical Vehicles Won’t Move The Climate Needle
Martha’s Meltdown Model
The New Inquisition