Corporations Must Do Their Part to Preserve Democracy: News: The Independent Institute

←  NEWS
COMMENTARY
Corporations Must Do Their Part to Preserve Democracy
China does whatever it can to thrive economically, putting freedom and prosperity at risk for the rest of the world.
October 12, 2020
By David J. Teece, CNZM, Ph.D.
Also published in The New York Times Mon. October 5, 2020  « Show Fewer
This is an article from World Review: The State of Democracy, a special section that examines global policy and affairs through the perspectives of thought leaders and commentators, and is published in conjunction with the annual Athens Democracy Forum.

Corporate social responsibility must protect democracy and favor open and just societies at home and abroad. As the Scottish Enlightenment thinker and economist Adam Smith wrote more than 250 years ago, “a lack of beneficence will make a society uncomfortable, but the prevalence of injustice will utterly destroy it.”

Corporations whose prosperity depends on liberal democratic institutions should reassess their strategic decisions to determine if they are, in any way, undermining those institutions. This isn’t just about regulatory compliance—such as adhering to sanctions or money-laundering laws—it’s about thinking ahead with a stewardship perspective and a deep care for democracy, open societies, justice and the rule of law. Other issues, except possibly those related to the environment, pale in significance.

In the post-World War II era, the flourishing of international business led to considerable prosperity, particularly as American and European multinational corporations helped diffuse technology and best practices worldwide, especially to the newly industrializing countries of Asia. The creation or restoration of democratic systems in Germany, Japan, Italy, South Korea and Taiwan, coupled with the willingness of these nations to participate in a global system of reasonably free trade and intellectual property protection, led to prosperity from which shareholders and other stakeholders benefited.

The success of multinationals, particularly those operating in the tech sector, stemmed in large measure from liberal democratic practices in their home countries, including public research funding, engagement with institutions of higher learning and adherence to the rule of law. An article from the National Science Foundation notes, for instance, that in 1998 Google’s founders, Larry Page and Sergey Brin, “obtained funding that allowed them to move their growing hardware facility from the Stanford University campus into a friend’s garage and to incorporate Google Inc.” Small dollars, maybe, but that was likely quite important at the time.

However, as George Shultz, the former United States secretary of state, noted at Stanford last year, “we created a secure, global economic commons, which is now coming apart.” Doing business abroad is difficult if the relevant regulatory structures don’t treat domestic and foreign firms similarly, and if the letter and spirit of trade agreements are violated.

Recent developments in China are particularly disturbing. Since President Xi Jinping took control in 2012, the Chinese Communist Party has pursued policies and actions that undermine many foreign firms in so-called “strategic” industries. One example: After DuPont abandoned its joint venture with Zhangjiagang Glory Chemical Industry Company in 2013 because executives suspected that their former Chinese partner might be stealing DuPont’s intellectual property, the company became subject to antitrust action for its unwillingness to license its technology to a local firm.

The Chinese Communist Party has the ability to build the technological prowess to coerce and conquer competitors, and it does whatever necessary to win commercially, including undermining democracy when it stands in the way. This is true as it relates to the industries of the future—5G, artificial intelligence, biotech—and to those of the present, including semiconductors and photovoltaic cells.

The issues at hand involve what economists call “externalities,” which range from pollution to the sale and theft of intellectual property. Positive and negative spillovers from commercial activities are not fully priced in the market. The willingness of one firm to sell or transfer technology will be amplified when it believes that if it doesn’t, its competitors will.

To avoid being penalized further, foreign firms expanding in China tend not to speak out about the unfair regulatory treatment they face. This works to China’s benefit, as it is difficult for corporations to prevent their technology and trade secrets from being misappropriated or extracted through soft coercion if they do not discuss the regulatory challenges they face publicly. Short-term profits are the bribe China pays to convince foreign firms to transfer their technologies and capabilities.

But it isn’t just the Chinese Communist Party that is at fault. Chief executives and board members of some American, British and European companies take the short-term view and allow for the transfer (by grant, sale or theft) of technology. Corporate leaders also cut research and development funding when shareholder activists show up at their doors. These companies might also spend so much on hefty stock buybacks that they struggle to invest for the future.

Such financial decisions impair leadership and stewardship, as well as diminish social and political responsibility. This behavior needs to be addressed by corporate management, not just by governments.

Corporate boards and executive leaders need to speak out and act with a higher purpose, even if short-term costs and implicit penalties are levied by Chinese authorities. Many issues are existential, as they impact not just international business, but democracy itself.

Weak economies and job losses flowing from the forfeiture of technological leadership have serious political and social implications. The decreased economic prowess of corporations within liberal democracies has ramifications that extend to national and international security, all the way to the survival of the global economic commons itself.

But it is important to note that the Chinese people are not the enemy. It is the Chinese Communist Party that has become the enemy of democracy by aggressively positioning China as a strategic rival of the United States, Europe and Japan.

Still, multinational corporations cannot, and should not, decouple from China completely; there is simply too much to gain, for both parties. Multinationals should continue to trade with China in many categories, including some high-tech products, but they must engage with their eyes wide open. Unilateral efforts to deny China access to leading-edge products will rarely work in the longer term, hence the need for international collaboration in research and technology development.

Only if Europe, the United States and the Indo-Pacific region act as one will democracy survive. In addition, government involvement may be necessary to avoid having domestic antitrust laws stand in the way of enterprise-level cooperative embargoes. Continued commercial engagement will be mutually beneficial, at least as interim arrangements, until broader strategic issues can be assessed.

Liberal democracies must also double down on their commitment to provide sufficient financial and human resources to science, technology and innovation if they want to maintain their edge with respect to technological leadership—a critical enabler of democracy and freedom. When investing in new technology, they must pay as much attention to capturing value as to creating value for their stakeholders.

Adam Smith, the original champion of an open global nonmercantilist system, believed that individuals and businesses must have a clear moral compass, and they must act as if there was an “impartial spectator” looking over their shoulders. A good proxy for Smith’s independent spectator is a well-informed, next-generation citizenry knowing that its freedom and prosperity are at risk.

Many corporate codes of conduct already acknowledge the need for a moral compass. For instance, Google’s founders in a 2004 letter filed with their initial public offering prospectus advocated “don’t be evil” as the firm’s guiding principle. This morphed in 2015 into “do the right thing” as the corporate motto of Google and its new parent company, Alphabet. Peter Thiel, the co-founder of PayPal, recently critiqued what he says he believes is Google’s naïveté as it conducts A.I. research with China while simultaneously refusing to do business with the U.S. Department of Defense.

Chief executives and boards that take corporate social responsibility seriously must recognize their duty to protect and enhance the health of the open societies in which they flourish and the democratic processes and the rule of law on which they depend. 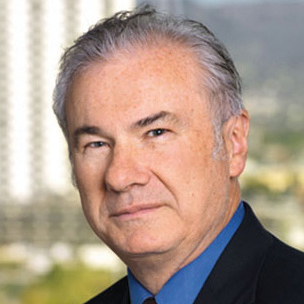 David J. Teece, CNZM, Ph.D. is the Thomas T. Tusher Professor of Global Business at UC Berkeley and a member of the Board of Directors of the Independent Institute.

RELATED
Who’s Afraid of Naomi Wolf?
Wokeism Is a Cruel and Dangerous Cult
An Economic Evaluation of Covid Lockdowns
NATO Bears Some Responsibility for the Ukraine Crisis
Liberties Are Only Kept Safe by the Limitation of Government Power
Jordan Peterson: Why I Am No Longer A Tenured Professor at the University of Toronto
Is America Heading for a Systems Collapse?
Crime, Grime, and Greed at BART
Conspiracies as Realities, Realities as Conspiracies
Just Say No to Biden and Fauci’s Universal Vaccination Nation
The Collapse of Communism
A Deceptive Covid Study, Unmasked