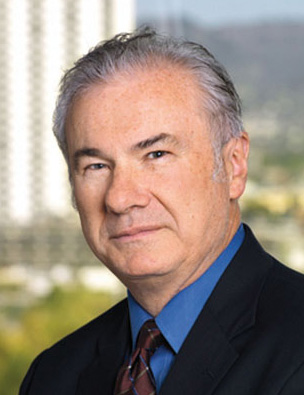 David J. Teece is the Thomas T. Tusher Professor of Global Business, Faculty Director of the Tusher Center for the Management of Intellectual Capital, Director of the Center for Global Strategy and Governance, and Director of the Institute for Business Innovation at the Walter A. Haas School of Business, University of California, Berkeley. He received his BA and MComm (Hons1) at the University of Canterbury and his Ph.D. in economics from the Wharton School at the University of Pennsylvania. He teaches at the M.B.A., Ph.D. and executive levels. He is also Co-Founder, Chairman and Principal Executive Officer of the Berkeley Research Group, LLC, a global expert services and consulting firm which under his leadership has grown in three years to over 600 employees and over 20 offices worldwide.

Thomson Scientific has found Dr. Teece as one of the top 10 most cited scholars in business and economics; he is also the author of several of the most cited papers in business and economics. He has authored over 23 books and his work has been translated in Spanish, French, Italian, Russian and Japanese, and he is co-editor and co-founder of the journal, Industrial and Corporate Change. Dr. Teece was recognized by Accenture in 2002 as one of the top 50 Living Business Intellectuals. He has received best paper awards three times and in 2009 received the Best Book Award from Strategy and Business. For the last five years he has been working as co-editor (with Mie Augier) on the first ever Encyclopedia of Strategic Management, published by Palgrave Macmillan.

In 2013 he received the Sumatra Ghoshal Award for Rigour and Relevance in the Study of Management (from the London Business School) and the Eminent Scholar Award from the Academy of International Business, and he has received Royal Honours from Elizabeth II, Queen of England.

His academic work has been on technological innovation and organizational capabilities, where he has pioneered major paradigms which have impacted both private and public sector management and policy. Dr. Teece’s dynamic capabilities framework has been an influential paradigm in strategic management. It endeavors to place rigor behind the notion of corporate strengths and weaknesses. Strong dynamic capabilities and good strategy are seen as requirements for competitive advantage. Agile managers who are “orchestrators” of the firm’s tangible and intangible assets are seen as critical to enterprise success in fast changing markets. His paradigm brings together ideas from across the social sciences and applies them to management problems.

Dr. Teece is more than just a globally recognized scholar. In professional services, he has built two global research and consulting firms where he has pioneered new business models and new compensation systems. He is also an active mentor to several startups and an avid investor in new enterprises in the U.S. and abroad.

Articles
Corporations Must Do Their Part to Preserve Democracy
China does whatever it can to thrive economically, putting freedom and prosperity at risk for the rest of the world.
Commentary Oct. 12, 2020
FTC’s Antitrust Win Against Qualcomm Should Not Stand
Commentary Aug. 27, 2019