California voters will soon decide whether to increase property taxes on commercial and industrial properties. Advocates say the “split roll” ballot measure, Proposition 15, would generate needed revenue for police, schools, and local governments. In truth, it would harm California’s most vulnerable people.

Proposition 15 would tax commercial and industrial properties based on current market values rather than original purchase prices. Residential and small-business properties would still be taxed according to purchase prices, thus the “split roll.”

When fully implemented the split roll would generate $8 billion to $12 billion in new revenue annually, depending on real-estate performance, says the nonpartisan Legislative Analyst’s Office. Every school district and local government would receive a share of the new revenue based on the amount currently received from existing property taxes.

Alex Stack, spokesman for the split roll, said, “Now more than ever, we need to support those heroes on the front lines who have been caring for the most vulnerable, educating our children, and keeping Californians safe.” Voters should not be fooled. The split roll is especially dangerous for California’s minority communities.

Giving local governments more money for police departments and fat police pensions does not jibe with what progressives have been demanding in the aftermath of George Floyd’s killing. But this is hardly the only reason to defeat the measure. During the coronavirus lockdowns, more than 20 million jobs were lost, and low-wage workers and people of color have been disproportionately harmed. A quick recovery is doubtful.

Most of the higher property taxes—the largest tax increase in state history—would be passed along from property owners to store owners to, ultimately, consumers in the form of higher prices for goods and services. Increasing the cost of living disproportionately for low-income and minority communities is heartless in the current economic climate.

The measure has more basic problems too. “The property tax measure as written will be impossible for assessors to implement—not just difficult, but impossible,” said Santa Clara County Assessor Larry Stone. Assessors expect a 12-fold increase in the number of commercial and industrial properties reassessed every year. It would cost billions of dollars over many years to hire an army of new appraisers, lawyers, auditors, appeals staff, and enforcement officers, and to upgrade technology—money best spent elsewhere.

And Proposition 15 allocates money with few restrictions. Schoolchildren should not expect the new revenue to be spent on school repairs, new books, or more teachers. Instead, it would support the bloated education bureaucracy and bail out California’s broken government pension systems.

Wealthy government-employee unions are lining up to support the split roll because they see it as a lifeline to save their outsized pensions and quash fundamental reform.

Though Stack claims the split roll would support child education, in reality most of it will never reach the classrooms; instead, by pouring billions into pension systems, it will burden our children and grandchildren with shocking levels of future debt payments.

The split-roll measure would support police interests, harm low-income people, waste valuable resources, and unfairly funnel billions of dollars into pensions at the expense of schoolchildren and future generations. California voters should vote no. 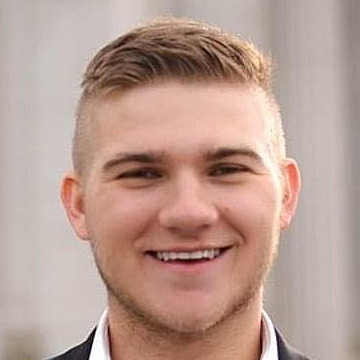