On January 1, a law took effect in the union stronghold of California that poses a dire threat to the so-called “gig economy” by drastically restricting the use of independent contractors, upon which many tech companies depend. The law, referred to as AB 5, was apparently directed primarily at transportation network companies such as Uber and Lyft, which treat their drivers as contractors instead of employees. AB 5, which was promoted by labor unions wishing to organize the drivers, sought to remove the legal impediment of IC status by effectively banning the use of contractors in California. Instead of forcing Uber and Lyft to capitulate, as intended, the overly-broad law has backfired by also threatening long-established practices in the trucking industry, and even the livelihoods of freelance writers in the Golden State.

Lawsuits, adverse publicity, and even referendum campaigns to repeal the law have engulfed AB 5 in controversy and turmoil. Now in a national media spotlight, the California Labor Federation is pledging a full-blown war to defend AB 5, which unions hail as a significant worker victory. How did organized labor become embroiled in mortal combat with Silicon Valley? The answer lies in the “class struggle” origins of the labor movement, which seem oddly out of date in a 21st century digital economy.

The Industrial Revolution occurred over a century ago, but the archaic Marxist rhetoric once in vogue as a reaction to the emergence of factories continues to inspire the labor movement in America. Although the percentage of the private-sector workforce represented by unions has declined to the lowest level since the passage of the National Labor Relations Act in 1935—from a high of about 35 percent in 1954 to less than seven percent (6.4%) at present—unions maintain substantial influence due to their ability to spend members’ dues and mobilize them as foot soldiers in political campaigns. A few non-right-to-work states, including California, account for a disproportionate share of unionized employees.

The free market system rests on economic competition, enforced through Progressive Era antitrust laws— from which labor unions are inexplicably exempted. Our laws severely punish corporate collusion and price-fixing, yet both of these activities represent the theoretical foundation of the labor movement: collective bargaining and “exclusive representation” are the hallmark of the NLRA. Unions essentially operate as labor cartels, prohibiting dealings between employers and individual employees, and restricting competition among workers. In a recent article for the peer-reviewed journal The Independent Review, entitled “The Exploitation of Labor and Other Union Myths,” I explain how organized labor perpetuates the myth that employees are necessarily “exploited” by corporate employers.

This myth, which was the central premise for the New Deal-era NLRA, rests on the notion that individuals are always at an unfair disadvantage when engaged in commerce with a corporation. Because corporations are composed of shareholders (making them “combinations of capital”), union advocates contend that employees must be allowed to organize into bargaining groups—cartels, in economic terms—to maintain a fair balance. Otherwise, the inherent “inequality of bargaining power” between employee and employer would supposedly result in the “exploitation of labor.” All workers, no matter how skilled or well-educated, are helpless serfs. This is a superficial—and discredited—view of the economy. Consumers and workers are empowered by the free market, and especially by innovation and the attendant increases in productivity. Contrary to mythic labor union rhetoric, competition benefits workers, promoting economic efficiency and encouraging effort and achievement. The notion that workers are inevitably exploited by employers is a Marxist canard that looks increasingly anachronistic in our 21st century economy—a vestige of socialist opposition to industrialism.

Through withering competition, large corporations such as Walmart and Amazon have dramatically reduced the cost of consumer goods. The imagined “disparity in bargaining power” between individuals and businesses simply does not exist in a competitive market. Digital platforms (such as Airbnb, HomeAway, and VRBO), smart phone apps, and e-commerce have revolutionized the delivery of goods and services, creating unprecedented flexibility and convenience for both buyers and sellers. Disruption abounds. Unlike the situation in 1935, when the NLRA was enacted, relatively few workers are employed in factories, and many telecommute. The nation is no longer reeling from a Great Depression; unemployment is at a record low. Untethered from rigid constraints imposed by antiquated legal restrictions (such as wage and hour rules), workers in the gig economy have the opportunity to set their own hours and to decide when, where, and for whom to work. Employers must compete for qualified workers, and frequently offer lavish benefits. Even fast food jobs often start at a higher pay level than the minimum wage.

Most drivers for companies such as Uber and Lyft prefer the autonomy conferred by contractor status. On-demand workers do not consider themselves helpless, “exploited,” or needing union “protection.” They want to be left alone. Nonetheless, AB 5 would force all contract drivers to become employees, allowing unions potentially to represent them (and compel the payment of dues as a condition of employment), while sacrificing their independence and limiting the transportation options of millions of Americans who have grown to rely on them.

As the legal and political showdown over AB 5 plays out during 2020, one is entitled to question whether labor unions are outmoded institutions, standing in the way of progress. 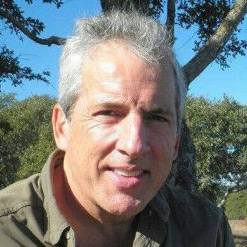 RELATED
The FDA Could Easily Solve the Baby Formula Shortage by Allowing More Imports from Europe
Congress Has a Stake in the Dollar’s Integrity
Which Economists Should Have Gotten Nobels Before They Died?
The Green Side of White Coat Supremacy
Scrap the Insurrection Act of 1807
Honoring Veterans with Educational Freedom
California Rejects Four-Day Workweek, but Supporters Haven’t Given Up
Making the Case for Alito’s Courage
Whatever Happened to the $15 Minimum Wage?
Losing the People? Then Change the Rules
David Theroux: Gentleman, Scholar, Entrepreneur
Tearing Down the Silicon Valley Wall