An unhappy side effect of the digital age is “cancel culture.” Anyone with an attitude of moral superiority and a Twitter account can try to shut down an event where opinions he dislikes are likely to be spoken. For several years the National Association of Scholars has inveighed against this infantile form of protest, which undermines free expression of ideas and legitimate debate. Now the cancel caravan has arrived at our door.

We are holding a conference co-sponsored by the Independent Institute in Oakland, Calif., in early February. It is meant to be an exchange among scholars on the problem of “irreproducibility” in the sciences—fake science or failed science, or something-is-missing science. It’s a big problem these days, but there’s no agreement on what to do about it. Our goal is bring together experts who have diverse and often conflicting views to see if they can come to some agreement about how to improve the situation. The conference is titled Fixing Science: Practical Solutions for the Irreproducibility Crisis.

But one scientist, armed with a keyboard and contempt for contrary opinions, has set out to cancel our conference. Leonid Teytelman has busied himself writing to the speakers at the event to warn them away. And he has found fellow censors who agree the conference is “problematic.” Our critic calls us “clever and dangerous.”

How so? Once a Twitterstorm starts, the reasons multiply. Our list of speakers includes no women. (All declined our invitations.) Our initials share three letters with the National Academies of Science, Engineering, and Medicine, or Nasem, therefore we are “deceptive.” Wikipedia describes us as a “conservative” organization. We are also accused of “climate denialism,” and of having invited some climate-change skeptics to speak.

The truth is that we are a traditionalist group of scholars who hold to a rigorous standard of open-mindedness on controversial issues in the sciences. We welcome critiques from anyone who agrees to play by the rules of rational argument, openness and scrupulous use of evidence. That’s clever, I suppose, but dangerous only to those who balk at giving the “other side” a voice. Our Twittering critic sees our conference as a sneaky way to legitimate views that he regards as akin to blasphemy—ironic for a man accusing us of politicizing science.

So far, the conferees have held fast. Some of the responses are inspiring. One scientist wrote: “The science fields badly need whatever we can accomplish at this conference in the way of understanding and solving the HUGE problem of irreproducibility.” Another batted away the critic by explaining: “If conservatism means antipathy to post-modernism, identity politics, political orthodoxies, and assaults on Enlightenment values and the Rule of Law, then count me in.”

We may lose one or two speakers who are unwilling to defy the mob. We can bear that. The real story here is the degree to which intellectual intolerance and political dogmatism have found a home in the natural sciences. Mr. Teytelman, who holds a doctorate in computational and experimental biology and who works in the area of replication, is someone who does worthy science and deserves to be taken seriously on matters within his competence. But he becomes unhinged at the thought of “conservatives” or “climate skeptics” getting a seat at the table. And he is far from alone.

Cancel culture in various forms is taking root in American science and elsewhere. Last July Francis Collins, director of the National Institutes of Health, announced that he would decline invitations to speak on panels at scientific conferences where women are not among the speakers. That idea has spread rapidly, and several organizations have begun to penalize conferences that don’t meet a quota of women. The Third International Brain Stimulation Conference held in Vancouver last February took steps to find additional female neuroscientists, so that six of its 20 featured talks were by women. A software conference scheduled for October in Dresden was canceled for failure to attract female speakers.

These may sound like small matters, but they are the drawing board for how science is willingly subjecting itself to the yoke of political orthodoxy. The sex or race of scientists has no bearing on the quality of their work. What does have bearing is the openness of science to vigorous intellectual dispute.

Our conference in Oakland—the Twitterstorm notwithstanding—deals with the difficulty the sciences have in recognizing and filtering out faulty research. The effort to cancel it demonstrates the timeliness of the topic. We are under attack by those who would like to maintain groupthink by demonizing dissent and go still further by compromising science in favor of identity politics. 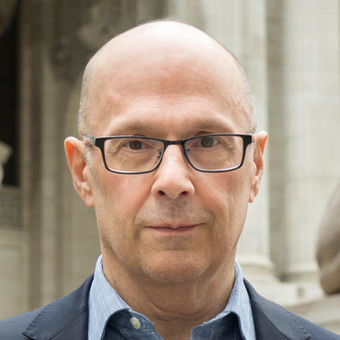 Peter W. Wood is president of the National Association of Scholars.
Climate ChangeEnergy and the EnvironmentRegulationScience and Public Policy

RELATED
Does the U.S. Need to Contain China in Africa?
Sins Against Children: On America’s moral compass in the face of Covid.
The Most Selfish Generation
My Day at Yale: A Great University Turns Human Trafficker
Killer Robots: Another Example of War Coming Home to You
If You Really Wanted to Destroy the United States, Then . . .
Post-Faucist America: Without crucial reforms, the NIAID boss Anthony Fauci will be neither gone nor forgotten.
Where Is the Free Market Utopia?
On Gas Prices, Simple Economics Trumps Biden’s Partisan Agenda
Brazilians Try to Decide Which Is the Lesser Evil
Colleges: Go Back to Basics
The Fed’s Mission Creep Has Turned Its Monetary Policy into a Failed Mission