How to Eliminate the Great Pacific Garbage Patch: News: The Independent Institute

According to Science magazine, about 8 million metric tons of land-based plastic, including plastic straws, ends up in the world’s oceans each year. This is equivalent to five grocery bags of plastic on every foot of coastline around the world. More than a quarter of ocean plastic likely originates from only 10 rivers, eight of them in Asia. Marine life is vulnerable to the health risks posed by plastic debris.

The majority of ocean plastic ends up in gyres, systems of circular ocean currents. The largest gyre is home to the Great Pacific Garbage Patch, an area estimated by some to be three times the size of California, located halfway between Hawaii and California in the Pacific Ocean.

Conventional methods of cleaning the ocean are prohibitively slow and costly. But a new venture launched from Alameda allows nature to do the legwork.

Ocean Cleanup is a nonprofit group founded in 2013 by Dutch inventor Boyan Slat, 18 years old at the time. The venture is backed by Salesforce CEO Marc Benioff and PayPal co-founder Peter Thiel, among others, and funded mainly with private contributions, including a crowdfunding campaign. The scientists’ concept is simple but ingenious.

A serpentine floater made of high-density polyethylene nearly seven football fields long rests on top of the ocean in a U-shape. An impermeable screen drapes under the floater and captures the buoyant plastic waste while allowing marine life to pass underneath safely with the current. Wind and waves propel the floater faster than the plastic submerged in the current, allowing the plastic to be captured.

The system is towed into position by ships that also gather the accumulated plastic once the system is full. The waste is brought back to land for processing, recycling, and resale. Ocean Cleanup hopes the project will be self-financing eventually, and expects to remove half of the garbage patch in five years. It has already been tested on a 130-yard section.

Even if Ocean Cleanup eliminates the garbage patch, the world needs an institutional fix to prevent the problem from reoccurring. Thus far, government intervention has largely made the marine waste problem worse.

The United Nations’ Law of the Sea Treaty declares that the aquatic boundary of a nation extends 12 nautical miles off its coast. The remainder of the ocean is shared by all nations, “owned” by everyone and thus owned by no one.

When private ownership rights are not defined for a resource, individuals acting independently are incentivized to deplete, spoil or overuse the resource, whether it is African rhinos, public highways or the world’s oceans. Economists call this over-depletion of shared resources the “tragedy of the commons.”

Because nobody owns an ocean, or even part of an ocean, nobody has a personal incentive to monitor and protect the value of an ocean’s resources by enforcing limits on plastic dumping, overfishing and contamination by other pollutants. People then exploit ocean resources at everyone else’s expense. The best solution would be an international convention to establish private property rights to the world’s oceans, especially in heavily impacted zones.

The Nature Conservancy, with offices in San Francisco, has assumed responsibility for lakes, rivers and wetlands around the world. The conservancy and other private groups have a vested interest to provide long-term care and sustainability for any resource. Private ownership would yield cleaner, better-managed oceans. 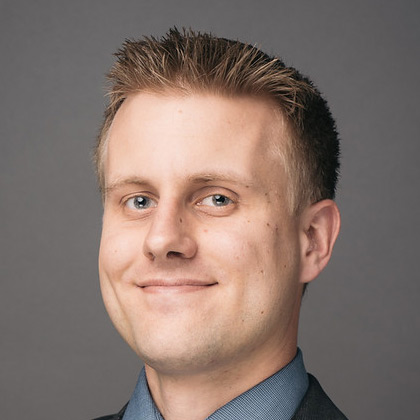 George L. Tibbitts is the Publications Manager at the Independent Institute

RELATED
Fine. Blame Ticketmaster for the Taylor Swift Fiasco, but Don’t Overlook the Fundamental Cause.
Can’t Get Taylor Swift Tickets? Blame Other Fans, Not Ticketmaster
End the COVID National Emergency Now
Let Them Compete: Labor Markets Are Workers’ Friends, Not Their Enemies
As California Schools Fall Even Further, A Charter School Shows How To Succeed
There Are 8 Billion People. We Should Celebrate Superabundance, Not Lament ‘Overpopulation’
Enjoyment of the Upcoming World Cup Will Come at a Price
Diabetic Complications and Economic Fundamentals
Where Is the Free Market Utopia?
On Gas Prices, Simple Economics Trumps Biden’s Partisan Agenda
Vote Like a Woman: When You Vote, Remember Who Has Recently Most Hurt Women
Permissible and Impermissible Incendiary Speech?