Video
Artificial Intelligence Cannot Think but It Can Transform the Economy
Wednesday, September 29, 2021

Pointing to the triumph of artificial intelligence over unaided humans in everything from games such as chess and Go to vital tasks such as protein folding and securities trading, many experts uphold the theory of a “singularity.” This is the alleged trigger point when human history ends and artificial intelligence prevails in an exponential cascade of self-replicating machines rocketing toward godlike supremacy in the universe.

Gaming AI suggests that this belief is both dumb and self-defeating. Displaying a profound and crippling case of professional amnesia, the computer science establishment shows an ignorance of the most important findings of its own science, from Kurt Gödel’s “incompleteness” to Alan Turing’s “oracle” to Claude Shannon’s “entropy.” Dabbling in quantum machines, these believers in machine transcendence defy the deepest findings of quantum theory. Claiming to create minds, they are clinically “out of their minds.” Despite the quasi-religious pretensions of techno-elites nobly saving the planet from their own devices, their faith in a secular, materialistic, techno-utopian singularity is a serious threat to real progress.

An industry utterly dependent on human minds will not prosper by obsoleting both their customers and their creators. Mr. Gilder calls for a remedial immersion in the industry’s own heroic history and an understanding of the actual science of their own human minds. 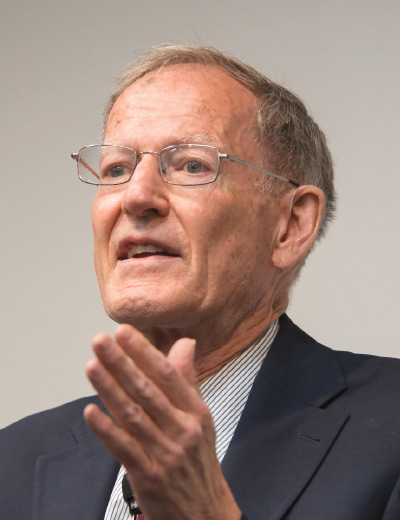 George F. Gilder
George F. Gilder is Chairman of George Gilder Fund Management, host of the Gilder Telecosm Forum, Senior Fellow at the Discovery Institute, and a founding Member of the Board of Advisors for the Independent Institute. Mr. Gilder pioneered the formulation of supply-side economics when he served as Chairman of the Lehrman Institute's Economic Roundtable, as Program Director for the Manhattan Institute, and as a frequent contributor to A.B. Laffer's economic reports and the editorial page of The Wall Street Journal. Among his many books are Gaming AI: Why AI Can't Think but Can Transform Jobs, Wealth and Poverty, The Spirit of Enterprise, Knowledge and Power: The Information Theory of Capitalism and How It is Revolutionizing Our World, Microcosm, The Scandal of Money: Why Wall Street Recovers but the Economy Never Does, Life After Television, Life After Google, and Recapturing the Spirit of Enterprise.