Event Announcement
|
Video
Why a Pandemic Is Not a Recession
Friday, April 10, 2020

In this event, Independent Executive Director Dr. Graham H. Walker interviews Independent Research Fellow Dr. R. David Ranson, who argues that the most likely cause of a recession, if we are to have one in conjunction with an epidemic, is compulsive government efforts to slow the spread of a disease by extending interference in economic life to the point where it becomes counterproductive, undermining people’s livelihoods as well as ultimately their health.

“We ought to be thankful that the economic system is resilient in a way that the human body is not. Fortunately, the economic damage from an epidemic is largely unrelated to the very serious and tragic number of deaths,” says Dr. Ranson in his recent Independent Institute study, Why a Pandemic Is Not a Recession. Containment and quarantine efforts mean production shutdowns which are supply-side disruptions—very different from conventional recessions. “Such events need not cause much cumulative loss of output, except to the extent that it is self-inflicted,” he adds.

Dr. Ranson cites extensive historical evidence as well as the example of the 1970 strike against General Motors, at that time the largest U.S. employer. That shutdown lasted 67 days and triggered a massive drop in production far beyond GM itself. The nation’s real GDP accelerated in the third quarter in anticipation of the walkout, then declined 4.2 percent (annualized) in the fourth. Finally, it rebounded at an 11.3 percent annual rate in the first months of the new year. In the end, no detectable net loss of economic activity materialized.

Dr. Ranson does not oppose truly short-term measures, nor does he argue against efforts to quarantine those who are most vulnerable and those who have tested positive for the virus or live with them. But if politicians engage in a bidding war to see who can maintain the most draconian limits on economic life, it could create an unnecessary and harmful, man-made recession, he shows. Moreover, unless draconian controls are constrained and finally rescinded, the US will emerge from this crisis with a larger more authoritarian government unlikely to be scaled back afterwards—as has happened with every major war.

The Federal Reserve has acted to violate its own policy of forward guidance, again and again, he notes, hitting investors with shock and surprise. Fed actions have encouraged disorientation and panic and, in a vicious cycle, each jump in pessimism has drawn forth more extreme monetary and fiscal action. 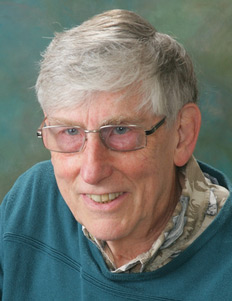 R. David Ranson
R. David Ranson is a Research Fellow at the Independent Institute and the President and Director of Research at HCWE Inc. (formerly H.C. Wainwright & Company). He holds an M.A. and B.Sc. degrees from Queen’s College, Oxford, and an M.B.A. in finance and a Ph.D. in business economics from the University of Chicago. Dr. Ranson has taught economics at the University of Chicago Graduate School of Business, been an assistant to then U.S. Secretary of the Treasury William E. Simon as well as a member of George P. Shultz’s personal staff at the Office of Management and Budget. Prior to his service in Washington, he was a member of the Boston Consulting Group. He is a Fellow of the Institute of Applied Economics, Global Health and Business Enterprise at Johns Hopkins University in Baltimore.