←  ABOUT US
About
›
Research Fellows
›
Person Detail
Linda C. Raeder 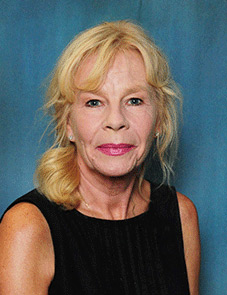 Dr. Raeder has taught at the Center for U.S. Studies in Wittenberg, Germany and is the author of the books, John Stuart Mill and the Religion of Humanity; Freedom and Political Order: Traditional American Thought and Practice; Freedom and Economic Order: Capitalism and Socialism in Theory and Practice; and Limited Government and the Death of God: The Rise and Fall of Freedom. A contributor to numerous scholarly volumes, her articles and reviews have appeared in such journals as Political Science Reviewer, Anamnesis, The Independent Review, ANQ, and Studies in Religion. She is the author of numerous scholarly articles on the nature and development of the Anglo-American liberal tradition, including “Hayek: A Man of Measure," “Hayek on the Role of Reason in Human Affairs,” “Voegelin on Gnosticism, Modernity, and the Balance of Consciousness,” “Edmund Burke: Old Whig,” “Augustine and the Case for Limited Government,” “Liberalism and the Common Good,” “The Nature of Civil Society: an American Perspective,” “The Liberalism/Conservatism of Burke and Hayek: A Critical Comparison,” “Education and the Free Society” and “Marxism as Psychodrama.” 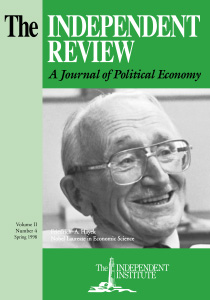