←  ABOUT US
About
›
Person Detail
Louis R. Rukeyser 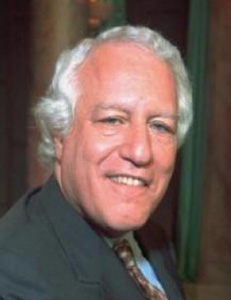 He spent the next eleven years as a political and foreign correspondent for the Baltimore Sun newspapers, and then moved to ABC television as economics correspondent and commentator. In 1970 he started Wall $treet Week with Louis Rukeyser that ran for 32 years. His books include How to Make Money in Wall Street and What's Ahead for the Economy: The Challenge and The Chance.

Over the years, stock traders and analysts noted that a company touted on Wall $treet Week on Friday would experience a spike (rapid short term advance) in its stock price the following Monday. This phenomenon, dubbed "The Rukeyser Effect," was described as a further demonstration of the program's influence.

Rukeyser was the recipient of numerous awards, including the Gerald Loeb Lifetime Achievement Award, George Washington Honor Medal, and Malcolm S. Forbes Award for Excellence in Advancing Financial Understanding, as well as honorary doctorates from Johns Hopkins University, American University, Loyola College, McDaniel College, Mercy College, Moravian College, University of Massachusetts Dartmouth, Southern New Hampshire University, and Roger Williams University. He was also selected by the Fashion Foundation of America as both the best-dressed man in finance and the most sartorially elegant host in America, and by Playboy for its best-dressed list as a "rakish raconteur" and a "personal-style knockout."