←  ABOUT US
About
›
Person Detail
Václav Klaus 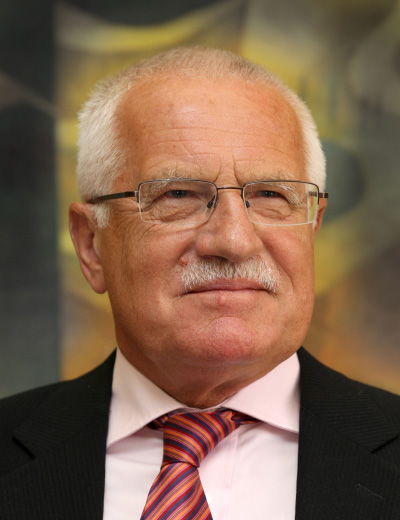 Václav Klaus, CSc., Ph.D. is the Founder and of the Václav Klaus Institute, OPS. He served as the second President of the Czech Republic from 2003 to 2013. He also served as the second and last Prime Minister of the Czech Republic, federal subject of the Czech and Slovak Federative Republic, from July 1992 until the dissolution of Czechoslovakia in January 1993, and as the first Prime Minister of the newly-independent Czech Republic from 1993 to 1998. Klaus was the principal co-founder of the Civic Democratic Party (ODS), a Czech free-market Eurosceptic political party.

He graduated from the Prague School of Economics in 1963 where he studied international economic relations and international trade. Until 1970 he worked as a researcher at the Institute of Economics of the Czechoslovak Academy of Sciences. His main areas of interest have been macroeconomic theory, monetary and fiscal policies, and comparative economics. After the invasion of Czechoslovakia by Warsaw Pact forces, he was forced to leave the Academy of Sciences for political reasons, and from 1971 to 1986 worked in various positions in the Czechoslovak State Bank. He holds a professorship in finance at the Prague School of Economics.

As one of the founders of the Czechoslovak Civic Forum Movement (OF), the leading political organization in the country after the Velvet Revolution in 1989, Klaus was elected its Chairman in 1990. After the split of the OF in 1991, Klaus was one of the founders of the Civic Democratic Party and was its Chairman from April 1991 until December 2002.

He is the author of over 40 books on social, political and economic topics, and holds many international awards and honorary doctorates from universities around the world.