←  ABOUT US
About
›
Person Detail
John R. Graham 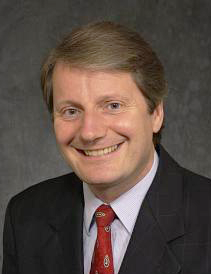 John R. Graham is a former Senior Fellow at the Independent Institute. Previously, he was Vice President at the Advanced Medical Technology Association (AdvaMed); Director of Health-Policy Research at the Pacific Research Institute and the Fraser Institute; Assistant Vice President at Kidder, Peabody Securities Company; Associate at Goldman Sachs and Company; Political and Military Analyst for the United Nations Operation in Somalia; Development Consultant for Covenant House Vancouver; and Captain in the Canadian Army.

He received his Bachelor of Arts (Honors) in economics and commerce from the Royal Military College of Canada and his M.B.A. from the University of Cologne, Germany. He is also Senior Fellow at the National Center for Policy Analysis and the Fraser Institute as well as Adjunct Fellow for the Mackinac Center for Public Policy.

He is the author of numerous studies, including Leviathan's Drug Problem: Increasing Patients' Choices Through International Competition in Pharmaceutical Regulation; Taxing Health Insurance: How Much Do States Earn?; U.S. Index of Health Ownership; and Medicare Advantage or Medicare Monopoly?, and he is the editor of the book, What States Can Do to Reform Health Care: A Free Market Primer.

His articles have appeared in the Wall Street Journal, Forbes, Washington Post, National Review, and elsewhere, and he regularly appears on various national radio and TV programs.