Here is an irreverent, insightful view of U.S. farm programs, clearly separating political rhetoric from economic reality. Analyzing the effects of price supports, marketing orders, credit and export subsidies, and other farm programs, Professor Pasour shows how they especially hurt the small farmer and victimize the general public. He also exposes current farm policies as being responsible for high food prices and the widening destruction of the environment. This book sets forth how only through abolishing the gravy train of farm subsidies and other special privileges will American consumers find relief and American agriculture achieve significant economic progress.

The United States first established a Department of Agriculture in 1862, during the Civil War. Thus began the most robust of all federal programs. Ever since, farmers have remained the country’ s foremost special interest, as agricultural subsidies have inexorably mushroomed. The Reagan Revolution, despite all the rhetoric about deregulation, made not a single dent in America’s Byzantine farm program. Indeed, the farm bill passed in 1985 is so complex that it has been labeled “the full employment act for agricultural economists.”

Economists are nearly unanimous in their denunciation of this wasteful and pernicious web of policies. Subsidies for not growing crops are so notorious among the general public that they have been the object of biting political satire since their introduction in the 1930s. Yet surprisingly, not one full-length book, critically analyzing the federal government’ s farm program in its entirety, has ever appeared.

The book consists of twenty chapters. The first seven focus on the public policy process. Among the questions addressed are: (1) what is the role of economics and the economist in public policy analysis and (2) what is the origin of the network of unique programs affecting U.S. agriculture?

Agriculture and the State contrasts the market process with the political process. Three chapters devoted to the theory of public choice demonstrate how economic principles can be used to explain decision making in the political process. There is an overspending bias in agricultural policy because of the separation of power and responsibility by elected and appointed public officials charged with formulating, administering, and evaluating farm programs.

Farm programs have been rationalized in the post on public interest or “market failure” grounds. In this approach, government intervention is justified because agricultural markets do not conform to the ideal of perfect competition. Pasour stresses, however, that the political process in agriculture has similar flaws; real world political institutions affecting agriculture fall short of a perfect polity. Consequently, the emphasis throughout Agriculture and the State is on a comparative institutions approach—agriculture (and other) markets in the real world compared with the political process in the real world. Its concludes that “government failure” rather than “market failure” better explains the persistence of wasteful and inconsistent farm programs.

Pasour’ s wide-ranging survey scrutinizes every government intervention that affects agriculture. Two chapters describe the operation of price support programs, including the arbitrary and indefensible “parity” and “cost of production” approaches to setting the level of price supports.

The remainder of Agriculture and the State addresses various other farm programs and analyzes their economic effects. It looks at marketing orders, food stamp and other subsidized food programs, trade protectionism, crop insurance, subsidized credit, conservation programs, research and education programs, and taxation. Pasour compellingly illuminates the economic effects of the Rube Goldberg system of price support programs without getting bogged down in confusing and complicated details.

The last chapter summarizes the total impact of the network of farm programs. In doing so, Agriculture and the State presents data showing how outlays in various categories have changed over time. The categories include direct payments and price supports, subsidized food programs, credit programs, conservation, and research and education.

The book also considers two alternatives to current farm programs: “decoupling” and strict supply controls. Under decoupling, farm production would be based on supply and demand, price supports and other trade restrictions would be eliminated, and any transitional income payments would be unrelated to amount of production.

The Harkin-Gephardt “Save the Family Farm Act” represents a stark contrast. Senator Harkin and Representative Gephardt have proposed that the tobacco program of strict supply controls be extended to other farm commodities. This “Fortress America” approach represents a reactionary throwback to the cartelization initiatives of the New Deal era. Such a protectionist approach is not an enlightened or realistic alternative in an increasingly interdependent world. The GATT objective of liberalized and expanded world trade is as much a dire necessity in agriculture as in other sectors of the economy.

Agriculture and the State demonstrates that these policies only victimize the public-at-large. Applying the tools of public-choice and Austrian economics, Pasour explains “the persistence of and increased expenditures on farm programs” as resulting from “the success of agricultural interests in using governmental power to transfer income from taxpayers and consumers to farmers, owners of land and other farm assets, government employees, and agribusiness firms.”

The saddest irony of all, however, is that object of so much popular sympathy, the small, family farmer, ultimately sees none of the ill-gotten gains. They all go, concludes Pasour, to “large farmers whose incomes already exceed, on average, incomes in the nonfarm sector.”

By detailing the disastrous impact of the federal government’ s ill-conceived, century-long favoritism towards large-scale farmers, Agricultural and the State fills in a too-long neglected scholarly gap. Only this kind of searching critique has any hope of making the policies assailable politically in the interest of farmers, consumers, and taxpayers alike.

“In Agriculture and the State, Pasour has done a magnificent job of applying economic principles to current U.S. government activities in the farming sector. Its critical assessment of the cost and benefits of such government intervention should be of particular interest to serious students of economics and political science as well as journalists and others concerned with government policy. The book will make an excellent textbook for agricultural economics and should be required reading for all social science majors.” —CLIFTON B. LUTTRELL, Editor Emeritus, Federal Reserve Bank of St. Louis Review

“This skillful, readable and comprehensive book is an unapologetic, well-written argument to limit government in all aspects of agriculture.” —AMERICAN JOURNAL OF AGRICULTURE ECONOMICS

“Comprehensive in its coverage and rich in descriptive detail. One can learn a great deal from Agriculture and the State, and I will often consult it.” —B. DELWORTH GARDNER, Professor of Economics, Brigham Young University

“Agriculture and the State is informative and provocative. Pasour cuts through the complexity of U.S. farm policy and tells us how such programs work and why they exist. Providing the reader with an understandable economic framework, the book points out the inefficiencies inherent in current policies as well as the winners and losers from agricultural programs.” —LEE J. ALSTON, Professor of Economics, University of Illinois 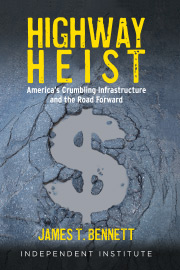