U.S. presidents often claim to oppose Big Government, yet few have succeeded in cutting its size and impact, especially in the past 100 years. The breadth and depth of the broken promises—as well as some underappreciated successes—are revealed in Eleven Presidents: Promises vs. Results in Achieving Limited Government, by Independent Institute Senior Fellow Ivan Eland.

Rather than focus on the disappointments, this time let us remember two unsung heroes of limited government from the past century: Warren Harding and Calvin Coolidge. Pundits have focused on the Harding administration’s Teapot Dome scandal and Silent Cal’s quiet personality, but America’s Founders would have lauded their limited-government policies, according to Eland.

“Had the Constitution’s framers been able to evaluate Harding and Coolidge,” Eland writes, “they likely would have lauded them for maintaining peace, prosperity, and liberty and for trying to stay within the limited role of the executive enshrined in the Constitution.” Anyone eager to prevent Big Government’s ongoing attack on civil and economic liberties will become more effective after having absorbed Eland’s timeless lessons.

In his State of the Union address last month, President Trump called on Congress to pass federal right-to-try legislation, the legal right of patients with terminal illnesses to get access to potentially lifesaving treatments before they’re approved by the Food and Drug Administration. One such bill, SB 204, is under review by a House subcommittee, having cleared the Senate last summer. Independent Institute Research Fellow Raymond March, in a new op-ed for The Hill, notes that “although right-to try laws are gaining popularity and acceptance, they still face considerable opposition.”

Under Georgia’s right-to-try law, Ted Harda, who had developed amyotrophic lateral sclerosis (Lou Gehrig’s disease), was granted access several years ago to a treatment that improved his health dramatically. In fact, the medical community considered Harda to have beaten the disease, although he eventually succumbed to brain cancer.

State right-to-try laws have gained ground, and the FDA has improved its record of approving expanded-access applications. But federal right-to-try legislation would allow even more people to by-pass a drug-approval process that is costly and time-consuming. As March notes, time is a resource that “some terminally ill patients may not have.”

Mass transit ridership in Southern California has fallen in recent years while car ownership has increased. Transit agency directors are scratching their heads, wondering why so many people prefer to drive. Independent Institute Research Fellow Gary M. Galles offers the main answer: Driving a car gives people a degree of autonomy and independence they can’t get from riding a bus, taking light rail, or pedaling a bike.

The enormous value of such benefits is suggested in the statistics: The share of SoCal households without an automobile has fallen roughly 30 percent since the turn of the century—42 percent for immigrant households. When transit bureaucrats talk about their plans for decreasing the number of car lanes to make room for dedicated bus and bike lanes, the unspoken casualties are greater opportunity and self-determination.

Cars Remain Popular Because They Are Vastly Superior to Transit Alternatives, by Gary M. Galles (The Orange County Register, 2/8/18)

4) Bentham and the Rule of Law 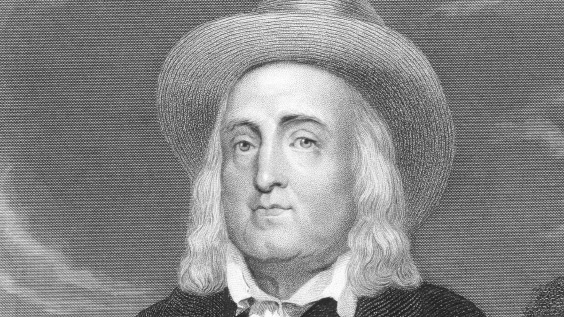 Jeremy Bentham, who would have turned 270 years old last Thursday, is a controversial figure in Anglo-American political thought. An Oxford-trained attorney, he disparaged ‘natural rights’—calling the concept “nonsense on stilts”—yet he was a forceful advocate for equal treatment under the law and railed against government policies aimed at benefiting the privileged few at the expense of the many. Independent Institute Research Fellow William J. Watkins Jr., author of Crossroads for Liberty, urges us to celebrate Bentham’s contribution to a legal system based on laws rather than men.

In Bentham’s day, England’s courts were supposed to merely interpret acts of Parliament and common law precedents, not create law. But Bentham noticed that judges tended to interpret the law according to their own personal preferences, picking and choosing which precedents to apply in a given case based on which outcome they sought. To promote fairness, Bentham advocated that the law be codified and made visible for all to see. That way no one would have doubts about which laws applied to their particular situation and no judge would be able to render an outcome based on his own prejudices.

The Anglo-American legal tradition owes much to Bentham and his legal and policy reforms, but for many issues courts have reverted back to their old ways of making the law rather than merely interpreting it. In doing so, they have set themselves up “as super-legislatures examining various federal and state statutes under a sliding scale of scrutiny,” Watkins writes. This practice has led to what Watkins calls “a great unconstitutional shift of power away from the people and their representatives to the federal judiciary.” It’s another reason we should never forget Bentham’s legacy.