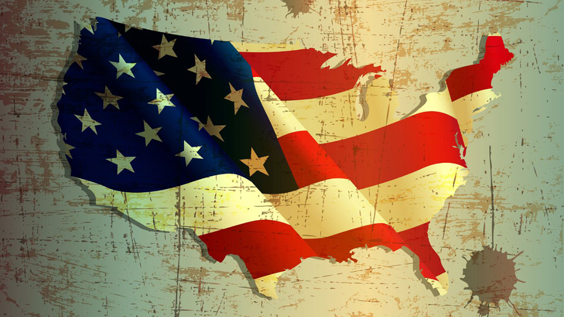 On the eve of Election Day 2016, the culmination of a political season rife with rancor and deep distrust, startling foundational questions arise: Can the gulf that separates the United States into belligerent factions ever be bridged? Has America become, for lack of a better word, ungovernable? If warnings from many of the republic’s founders are predictive, the answer is yes, according to Independent Institute Research Fellow William J. Watkins, Jr., author of the new Independent book, Crossroads for Liberty.

The founding generation was famously divided over the proper relationship between the states and the central government. During the Constitutional Convention and the state ratifying conventions that followed, Anti-Federalists such as George Mason warned that popular sovereignty—an essential ingredient of genuine political harmony—would not endure in a system of super large political jurisdictions. Under such a system, he and others argued, the people’s elected “representatives” would become representatives in name only. The result, ultimately, would be incessant cronyism, worsening despotism, and civil unrest.

Our current dilemma is troubling, but not hopeless, according to Watkins. To heal the wounds of our political culture—to administer a long-lasting cure, rather than merely a bandage—Americans can find guidance from the Anti-Federalists and the more than 200 amendments they proposed during the ratification debates. “Unless we are willing to rethink the entire edifice of our government, we must curtail the power of the center and let the people govern themselves in the peripheries, i.e., the states,” Watkins writes. “To do so, let’s turn to the Anti-Federalist writers of the 1780s for a roadmap back to freedom.”

Political and Governmental Corruption Is a Feature, Not a Bug, by Robert Higgs (The Beacon, 11/4/16)

Obamacare has driven a deep wedge in the electorate. Will Republicans and Democrats ever come together to improve healthcare access, quality, and affordability? In a recent op-ed at Forbes, Independent Institute Senior Fellow John C. Goodman outlines a proposal for improving our healthcare system and calming the political storm over federal healthcare policy.

Republicans, Goodman notes, support a universal health insurance tax credit, whereas Democrats focus on universal coverage. Fortunately, those two goals are not inherently at odds; they can be advanced simultaneously with the right reforms. How? “By offering everyone a refundable tax credit that is generous enough to allow access to minimum coverage, and doing it with money that is already in the system,” Goodman and co-author John Bardis write in Forbes.

Moreover, this reform can be accomplished by repealing Obamacare’s much-detested mandates. Guaranteed issue would remain, but people who tried to game the system by foregoing coverage until they needed it would face financial consequences in the form of higher premiums. The Sessions-Cassidy Health Plan “does all of the things described here and much more,” Goodman and Bardis continue. “It is a potential starting point to end the terribly destructive congressional gridlock on health reform.”

Can Republicans and Democrats Agree on What to Do about Obamacare?, by John C. Goodman and John Bardis (Forbes, 10/10/16)

3) Clinton and Trump Wrong on Trade

Whatever else the presidential election is, it is not a contest between the candidates’ views on trade. Both Clinton and Trump have criticized Obama’s proposed Transpacific Trade Partnership. No one will confuse either of them with Richard Cobden and John Bright, the nineteenth century free-trade activists who championed consumers’ interests by fighting against England’s protectionist Corn Laws. “Unfortunately for all of us, both candidates miss the mark on trade and fail Economics 101,” writes Independent Institute Research Fellow Abigail R. Hall Blanco and Kaila Preston.

Trump has famously called NAFTA—the North American Free Trade Agreement—“the worst trade deal maybe ever signed anywhere.” Clinton, who served as First Lady when the accord went into effect with her husband’s and Vice President Gore’s` blessings, has also cautioned against trade deals that “kill jobs or hold down wages.” Contrary to Trump and Clinton, “1.9 million jobs left the United States [but] 34 million jobs [were] created in the U.S.” due to the deal, according to Hall Blanco and Preston. NAFTA has even raised wages.

“It’s more than unfortunate that neither major candidate appreciates the benefits that trade provides to all parties involved, including U.S. firms and workers,” Hall Blanco and Preston continue. “If Trump or Clinton were truly serious about job creation and reducing the cost of goods and services for American families, they'd be championing more trade, not less.”

Latin America is no one’s definition of paradise. Venezuela, increasingly the subject of disheartening cable TV news reports, has been pulled down by collectivist economic policies and infringements on civil liberties. Cuba, after nearly 60 years of repression, is still waiting for the day when it can bury the Castro brothers and get on with the business of life, liberty, and the pursuit of happiness. And corruption scandals routinely dominate headlines in Brazil, Argentina, and elsewhere. In some respects, however, the region is seeing progress, according to Independent Institute Senior Fellow Alvaro Vargas Llosa.

One cause is the growth of U.S. trade and investment. “Latin America now represents one-fifth of U.S. foreign commerce, a larger proportion than Europe,” Vargas Llosa writes in the Washington Examiner. “In the last decade, one-third of foreign direct investment in Latin America came from the United States.”

A related cause, one easy to overlook, is a U.S. foreign policy of “benign neglect,” which may be “paying unexpected dividends,” Vargas Llosa writes. Due in part to reductions of U.S. assistance for the War on Drugs and other government-to-government aid, policymakers have shifted their focus to the promotion of “trade, investment, remittances and technological transfers.” More work remains, of course, especially the lifting of barriers to labor mobility. “Immigration remains a big sticking point,” Vargas Llosa continues, “thanks to the wave of xenophobic populism now sweeping across the United States.”

The Only Place Where ‘Leading from Behind’ has Worked, by Alvaro Vargas Llosa (The Washington Examiner, 10/12/16)