Crime victims used to be ignored by criminologists. Then, beginning slowly in the 1940s and more rapidly in the 1970s, interest in the victim’s role in crime grew. Yet a tendency to treat the victim as either a passive target of another person’s wrongdoing or as a virtual accomplice of the criminal limited this interest. The concept of the victim precipitated homicide highlighted the possibility that victims were not always blameless and passive targets, but that they sometimes initiated or contributed to the escalation of a violent interaction through their own actions, which they often claimed were defensive.

END_OF_DOCUMENT_TOKEN_TO_BE_REPLACED 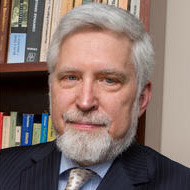