How Banning Plastic Straws Could Make Pollution Even Worse: News: The Independent Institute

Californians are embroiled in a debate over banning plastic products, including everything from straws to grocery bags. San Diego is considering prohibiting a particularly ubiquitous plastic product: expanded polystyrene (EPS)—better known as styrofoam—which is used widely in takeout food containers, cups, ice chests, and packing peanuts. (The trademarked product Styrofoam is slightly different than EPS.)

Concerning the proposed ban, Barbara Bry, a San Diego city councilwoman, said, “We must prioritize our health and the integrity of our environment over the convenience of styrofoam. Today is the first step.”

Unfortunately, Bry and other politicians advocating EPS bans ignore the costs they would impose on manufacturers and consumers, as well as the environmental tradeoffs.

While EPS bans almost certainly would reduce unsightly plastic waste blown out of dumpsters and discarded on city streets and parks, some of which ends up in lakes, rivers, and oceans, the alternative is worse.

Styrofoam bans sound good when taken at face value, but long-term effects must be considered before implementing them. Last January, California failed to pass a law prohibiting all food-service foam products statewide—and that’s a good thing. Such bans take into account only the styrofoam that ends up in the ocean—which certainly is a problem—but ignore their potential to cause increases in paper waste, carbon emissions, and water pollution.

EPS products are significantly cheaper and less resource-intensive than similar products made of different materials. For example, manufacturing a disposable paper cup requires at least 20% more fossil fuel and almost 50% more electricity than a styrofoam cup does. Paper goods, the most likely alternative to EPS, create more waste and water and air pollution than EPS does. The California State Water Resources Control Board released a study concluding that “mere substitution would not result in reduced trash generation if such product substitution would be discarded in the same manner as the banned item.”

There’s little difference between throwing away a styrofoam cup and a paper one, and paper products used for food handling are less recyclable than EPS products. They can’t be washed like EPS, and any food contamination makes them unrecyclable. Moreover, paper products frequently are thinly lined with plastic to make them sturdier and water-resistant.

Government bans also make less sense when considering that many large food service companies are already instituting their own bans. While EPS is used to ship meat, eggs, produce, and other grocery items (“food service foam products” are typically named in bans), the bulk of styrofoam is used by restaurants as takeout containers. It’s convenient, lightweight, and a good insulator.

Large private food retailers like McDonald’s, Dunkin’ Donuts, Jamba Juice, and Chick-fil-A already have phased out polystyrene products or plan to phase them out or implement new recycling processes. Most recently, Starbucks announced its plans to reduce plastic pollution by phasing plastic straws out of all stores by 2020. Those companies see the benefit of reducing plastic litter and have taken the initiative to use alternative materials, even though they are more expensive.

Even though companies like McDonald’s produce more garbage than local eateries, small businesses would bear the brunt of styrofoam bans. In fact, an MB Public Affairs study found that banning styrofoam in food service and drink containers in New York City would equate to a 94% tax. Since local eateries generate fewer sales than large chain restaurants, they have less wiggle room for compliance costs. As such, these bans are likely to have disproportionately negative consequences for small business owners.

To address the problems caused by plastic pollution, it’s better to target its improper disposal than plastic itself. Most of the plastic waste in the oceans comes from countries that don’t have good systems for putting trash in landfills. Around 90% of the plastic in the oceans comes from just 10 rivers: eight are in Asia and two are in Africa. So banning plastic here in America will have little measurable effect on pollution worldwide.

California would be better off to encourage private recycling options, incentivize people to use EPS in more environmentally friendly ways, or wait until alternatives become more viable. 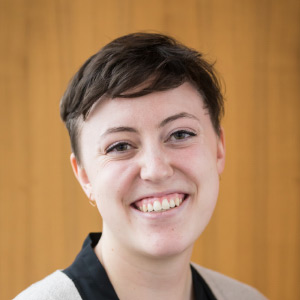