SURPRISE! Banning Styrofoam Creates All Kinds of Problems Including Environmental Ones: News: The Independent Institute

Going “green” is one of the hottest trends of the last decade. Celebrated every Earth Day, eco-fads nowadays range from electric cars to tiny homes to “organic” foods and renewable energy mandates for public utilities.

Gaining traction in state and local policy circles recently are bans on expanded polystyrene (EPS), also known as Styrofoam or food service foam. More than 100 U.S. cities and counties in 11 states have passed local ordinances that restrict or prohibit outright the use of foam containers, utensils and packaging materials. Such edicts, not surprisingly, started as early as 1989 in California when Sonoma and Carmel became the first two cities to ban plastic foam containers. More recently, Hawaii has prohibited food service foam on the Big Island and Maui.

It turns out, however, that banning EPS doesn’t have the positive environmental impact supporters and politicians hope to achieve.

On average, 2.3 million tons of Styrofoam end up in landfills every year in the United States. That is less than 7 percent of the nearly 33.54 million tons of plastic Americans discard annually. Additionally, replacing Styrofoam products with paper alternatives often creates more waste (in volume and energy use) and generates more air and water pollution. The environmental impact of paper manufacturing is worse than foam manufacturing.

That’s not to say that expanded polystyrene isn’t bad for the environment but banning EPS products will not reduce waste as much as many cities hope. The California State Water Resources Control Board released a studystating that, “mere substitution would not result in reduced trash generation if such product substitution would be discarded in the same manner as the banned item.” There’s little difference between throwing away aStyrofoam cup or a paper one.

Banning Styrofoam creates other problems. The material is used widely in the food and packaging industries and such industries typically provide ownership and employment opportunities for minorities. In 2014, New York City collected an estimated 28,500 tons of plastic foam, about 90 percent of which came from single-use containers for the customers of food vendors and restaurants. Vendors using foam containers are less able to absorb the costs of switching to more environmentally friendly materials because many are small businesses that operate on thin profit margins. Bans also impose costs on the foam manufacturing industry. The direct and indirect impacts of prohibiting EPS manufacturing in New York could eliminate 2,000 jobs and $400 million in economic activity. In California, an estimated 8,000 jobs could disappear.

In addition to negatively impacting the environment and minorities, EPS bans harm consumers. According to a study of New York City’s proposed food service foam ban, the minimum total direct cost of implementation would amount to $91.3 million. For every $1 spent on foam containers, alternative packaging will cost food vendors $1.94. That’s effectively a 94% tax added to food products to satisfy the environmental desires of legislators and upper-income elites. The actual cost could be even higher because Styrofoam is light, easy to pack, and safe for food; the available alternatives are less likely to be as effective and convenient as foam containers. In California, banning EPS would reduce overall economic activity by an estimated $1.4 billion and force consumers to spend roughly $376 million more per year on food service items.

Overall, banning polystyrene might seem like a good idea, but a closer look at the impacts suggests that the costs outweigh the benefits. Until a better, less-costly alternative to plastic foam is created, recycling programs aimed at mitigating the environmental costs of Styrofoam are a better option for cities.

Only 9 percent of the world’s plastic is currently recycled, but a newly discovered enzyme promises to take a big bite out of the remaining mountain of discarded water bottles and other plastic containers by “digesting” them into a more reusable form. Other companies have found ways to make a profit by partners with material recovery facilities to recycle trash again before it heads to the landfill. Some private companies are making decisions to move away from EPS of their own accord. Private sector entrepreneurship, not government regulation, will eventually solve the plastic waste problem. 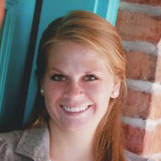