Thirty years ago, when the Independent Institute was founded, many of the economic institutions that have helped expand our choices in recent years—Amazon, eBay, Facebook, Google, Lyft, Uber, Airbnb—weren’t around.

So perhaps this is a good time to ask, “What’s the economy going to be like 30 years from now?”

At a micro level—for those of us in the age demographic that reads about economics for pleasure—the outlook is grim. We’ll be dead.

For the living, my prediction is that the economy will be what it’s predicted to be. Like most social sciences, economics tends to produce self-fulfilling prophecies.

The concept was first described by Columbia University Professor Robert K. Merton in his landmark 1949 book, “Social Theory and Social Structure”: “The self-fulfilling prophecy is, in the beginning, a false definition of a situation, evoking a new behavior which makes the original false conception come true. This specious validity of the self-fulfilling prophecy perpetuates a reign of error.”

“Reign of error” is as good a definition as any of economics.

Robert K. Merton was the father of modern sociology. He also was the father of Robert C. Merton, who won the Nobel Prize in economics in 1997 for his work on the Black-Scholes formula, a staple of prediction of futures-option pricing for hedge funds. The younger Merton also was a partner in Long-Term Capital Management, the hedge fund that lost $4.6 billion in 1998.

Adam Smith forecast the abandonment of precious metal coinage in favor of paper money to replace “a very expensive instrument of commerce with one much less costly.” He foretold quantitative easing: “The banks, they seem to have thought, were in honour bound to supply the deficiency, and to provide them with all the capital which they wanted to trade with.” And he predicted, too rightly, what would happen to “the Daedalian wings of paper money” if it became fiat currency untethered to any measure of value.

Smith is sometimes faulted for not foreseeing the Industrial Revolution. He didn’t foresee it because he knew it was already happening. “The productive powers of ... labourers cannot be increased, but in the consequence ... of some addition and improvement to those machines and instruments which facilitate and abridge labour.”

Karl Marx was wrong about communism. But that was just a harebrained idea he had. His predictions are another matter. In “The Communist Manifesto,” published in 1848, he showed great prescience:

Disappearance of the middle class. Read all about it in every news outlet.

Heavy taxation. So did the IRS.

Dissolution of the nuclear family. Check.

Free public education. And worth it.

Centralization of banking and credit in the hands of the state. Were you invited to the last Fed meeting?

Proletariat becomes the ruling class. The lumpenproletariat in Donald Trump’s case, albeit a very rich one.

Our wishes will come true. I won’t bother to mention being careful about what we wish for. 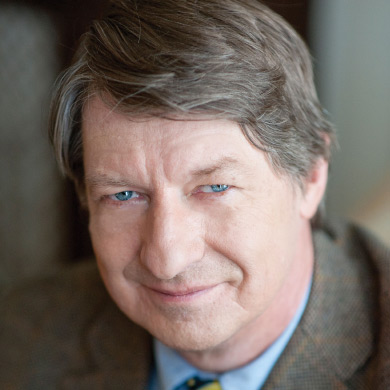 RELATED
FBI, R.I.P.?: The agency has become dangerous to Americans and an existential threat to their democracy and rule of law.
Pelosi’s Taiwan Trip Heightens the US-China Perceptual Dilemma
Russia & Ukraine: Geopolitics, Liberty, and State Power
Floating Exchange Rates Add to Economic Uncertainty
Better Solutions for Rx Problems
Why We Lost Trust in the Expert Class
The Supreme Court and the Due Process Clause
The Government Runs the Ultimate Racket