Trump’s Appointments to the Fed Could Affect the Global Economy: News: The Independent Institute

←  NEWS
COMMENTARY
Trump’s Appointments to the Fed Could Affect the Global Economy
May 31, 2017
By David Beckworth
Also published in National Review Thu. May 18, 2017  « Show Fewer

As the world’s main superpower, the United States projects its influence abroad through its military, economic, and cultural clout. It also exerts significant sway over global monetary conditions and cross-country financial flows. That is why President Trump’s upcoming appointments to the Federal Reserve may be some of his most important to date. They will shape global financial conditions for years to come.

Not all dollar-bloc countries mimic U.S. monetary policy to the same degree, but enough do so that about 70 percent of the world economy is closely tied to the dollar. In other words, Federal Reserve chair Janet Yellen is setting monetary policy not just for the United States but for most of the global economy. The Federal Reserve is effectively a monetary superpower.

The second reason for the United States’ influence over the global financial system is its position as the main banker for the world. That is, many foreign investors want to hold some portion of their assets in a safe, liquid form but do not trust their home financial system. Consequently, they park their funds in Treasury securities, commercial paper, bank deposits, and other safe assets in the United States. U.S. investors, on the other hand, tend to invest abroad in riskier assets that earn a higher interest rate.

Collectively, these actions turn the U.S. financial system into something like a banker: It borrows short-term from foreigners and lends long-term abroad. This is profitable for the U.S. economy, but more importantly it provides the world with a much-needed supply of safe and highly liquid assets. A few countries, including Germany and the United Kingdom, also provide safe assets, but none is large enough to provide as many as the United States does.

The U.S. financial system, in fact, is so good at supplying safe assets that America has become a net debtor to the world, to the order of $8.5 trillion. Though this worries some observers, it’s important to remember that the situation has arisen only because foreigners want us to issue liabilities that can easily be turned into purchasing power. They need us to issue these money-like debt instruments, just as we need banks to issue checking deposits to safely hold our personal funds.

Since the United States is the main banker to the world, it is difficult for foreigners to “run on our bank,” or financial system. There are simply no good alternative suppliers of safe assets that can produce on the same scale as the United States does. So it is very unlikely that foreigners will suddenly cash in all of their U.S. holdings.

If anything, the real question is whether the U.S. financial system can provide sufficient safe assets for the world. During the 2008–09 crisis, investors raced toward the safety of U.S. Treasury securities, as fewer private-sector safe assets were being created. Since then, demand has remained strong for safe U.S. assets, as evidenced by the continuation of low interest rates.

The Federal Reserve plays an important role here, too, as it is the most important financial regulator in the United States. It helps determine the capacity of the U.S. financial system to produce safe assets for the world. If its regulations are too onerous, enough safe assets may not be produced by the private sector. If it is too lax, too many may be produced, which could fuel a global credit boom.

Because the Federal Reserve can shape global financial conditions through its influence on monetary policy in the dollar-bloc countries and through its oversight of the banker-to-the-world role played by the U.S. financial system, President Trump’s appointments to the Federal Reserve will be consequential. He will be giving those individuals the power to spur boom and bust cycles in the global economy.

His appointments, therefore, need to be individuals who will understand the global reach of the Federal Reserve and act accordingly. On the regulatory front, that would mean not allowing the financial imbalances that led up to the 2008 crisis to occur again, but also not going to the other extreme with excessive regulations that prevent Wall Street from providing much-needed safe assets to a global economy hungry for them.

On the monetary-policy front, it would mean providing a stable anchor to the dollar-bloc countries. One of the surest ways to do this is for the Federal Reserve to target a stable growth path for total dollar spending. This target would stabilize overall demand growth in the U.S. economy and narrow the Federal Reserve’s focus to one measure. Its simplicity and predictability would be a boon to better U.S. monetary policy and is exactly the kind of anchor needed for the dollar-bloc countries. 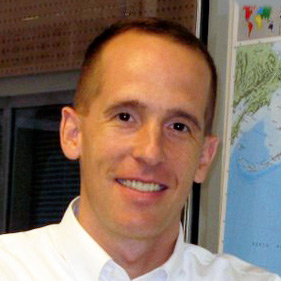