Devastating flooding, like that which struck Louisiana recently, is becoming all too familiar. Thirteen lives were lost, and more than 100,000 homes were affected. The total economic cost could exceed $9 billion.

Unfortunately, most homeowners were not insured. While public sympathy for them is understandable, expanding federal assistance, as called for by Louisiana’s governor ($2 billion), would be a mistake because it would further diminish homeowners’ incentives to buy flood insurance and undertake other measures to mitigate their risk. It would also be unfair to the taxpayers who would pay for it.

Whether the cost is reasonable may be subjective, but the premiums NFIP collects have been insufficient to cover the claims paid. (Since Hurricane Katrina, the NFIP has accumulated $23 billion in debt.)

Homeowners who choose not to buy insurance may balk at its cost or believe they will never need it, especially if they live in an area deemed a low or moderate risk. And perhaps some may believe the government will cover their losses if they are flooded.

Despite what may be a common perception, the standard government assistance for homeowners without flood insurance is limited. Federal grants up to $33,000 are available to some without insurance, but they must meet several requirements and the assistance may fall far short of the maximum.

Homeowners also may apply for low-interest federal loans to cover repair or replacement of personal property (up to $40,000) and to repair or replace their primary dwelling (up to $200,000). This may a viable option for some homeowners but infeasible for many others who are already burdened with debts or mortgage payments.

Because of program limits elected officials in a state struck by a natural disaster, as in Louisiana, will seek additional federal grants for housing, economic recovery, and infrastructure. Even with additional assistance, many homeowners may be saddled with substantial uncompensated losses if they do not have flood insurance.

What to do? Rather than expanding federal help, the more rational, albeit difficult solution is to induce more homeowners to buy flood insurance. Steps could be taken to more rigorously enforce the purchase requirement. This requirement also could be extended to homeowners in moderate-risk areas with federally backed mortgages, a measure that would undoubtedly be controversial, but one that warrants consideration. Further, much more could be done to make homeowners aware of their flood exposure and help them understand the risks of going uninsured.

There are no quick or easy fixes for this problem, but sound public policy requires measures that promote individual responsibility rather than reliance on government handouts. 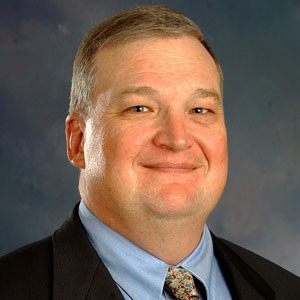 Robert W. Klein is a Research Fellow at the Independent Institute and an Associate Professor and director at the Center for Risk Management and Insurance Research at Georgia State University.
Banking and FinanceContemporary Legislative ActivityEconomyFree Market EconomicsGovernment and PoliticsHousing and HomelessnessLaw and LibertyProperty Rights, Land Use, and ZoningRegulation