Why I Am Voting for Brexit: News: The Independent Institute

If we British vote to leave the European Union (EU), we should prepare to face the consequences. For example, contrary to what some Nobel laureates contend, the British economy will be much stronger if we opt out of the EU.

This is not a new development. Recent CBI data shows that UK companies’ investment plans to raise output have actually increased during the Brexit debate and remain higher than a year ago. If that momentum is any indication, once out of the EU, the British economy will continue to improve.

A stronger economy, however, is not the only reason for Britain to bolt the EU. The EU is hardly a model of success in terms of democracy. It would not be a stretch to describe the EU as a democratically deficient failed state. See the nightly news for details. The undemocratic EU “constitution” is a sham inconsistent with our own constitution, which is consistent with democracy and has proven itself over time.

By any standard, the EU is governed by a corrupt and unaccountable kleptocracy. It fleeces us for many billions a year, most of which it wastes on pork-barrel projects. The EU maintains no fewer than five presidents. As a survey of recent developments will confirm, all five are contemptuous of the peoples they misgovern.

The European Union’s much-vaunted handouts destroy more jobs than they create by diverting manufacturing to the continent and asset-stripping the UK economy. That won’t happen any more if we British bolt the EU.

The EU’s banking system is broken, its monetary policy a mess, and its currency close to collapse. For all but the willfully blind, this can be easily verified. And these realities alone make a strong case for Brexit. So do the EU economic policies that have caused depression and mass unemployment across much of Europe, with no end in sight.

In recent years, the EU’s migrant policies have been a staple of the nightly news. I would describe them as a disgrace to humanity. On the other hand, the EU restricts Britain’s freedom to set our own immigration policy.

On the other hand, the EU allows British citizens no real say in how it is run and actually holds us back. That is hardly a sound reason for staying in the EU.

Neither is the mountain of misguided regulations the EU imposes on the UK. The EU prevents us from making our own trade deals with other countries. Like other economists, I fail to see any benefit in such an arrangement.

The problems of the EU are not limited to Europe. The European Union’s agriculture and fisheries policies produce environmental catastrophe and economic devastation in Africa.

As the record shows, the EU cannot get anything right and it cannot change itself. It is crumbling before our eyes and will inevitably break up, so the UK would be better off leaving now.

Yes, the “elites”—the Government, Bank of England, Treasury, IMF, EU itself, and Goldman Sachs — are telling us that we have no choice but to stay. This is dangerous nonsense.

Britain can choose to remain inside a make-believe country called Europe and sink with the EU ship. Or we can re-join the rest of the world and succeed as an independent nation. As they say in America, it’s a no-brainer. 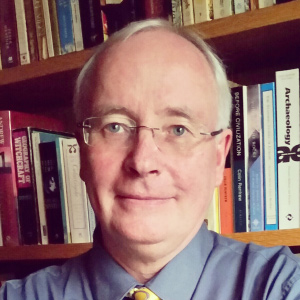 Kevin Dowd is a Research Fellow at the Independent Institute and Professor of Finance and Economics at Durham University.