The Unicorn Economy and the Disturbing Plight of the Middle Class: News: The Independent Institute

Fortune, in its June 1 issue, says “So Long, Wall Street.”

Meanwhile, politicians worry about the plight of the middle class.

During the middle-class boom years between 1983 and 2000, Silicon Valley, Main Street and Wall Street meshed. Silicon Valley launched hundreds of initial public offerings. Main Street benefited from millions of new businesses and some 40 million net new jobs. Job holders participated through their pensions in a stock market bonanza that ended with individual investors holding more than half the publicly traded shares of U.S. business.

This synergic triad of invention, investment and distribution—Silicon Valley, Main Street and Wall Street—is the secret of American prosperity. This entrepreneurial system is now in jeopardy.

The United States has become an economy dominated by finance and governed by the Federal Reserve, which determines what money is worth and who gets it. The Fed has reduced interest rates to near zero. When anything is free, it is distributed by queue and only the privileged people in the front of the line get any. Some 62 percent of Fed money just flows back to the Treasury and two-thirds of the rest goes to S&P 500 companies that use it mostly to buy up their own shares. This is the first economic recovery on record in which small businesses have actually been shedding jobs.

Meanwhile, in a wild hypertrophy of money creation, international currency trading is at a level of $4.8 trillion a day, 18 times total world gross domestic product. But this glut of finance fails to promote real growth on Main Street.

The glut of finance manifests itself in a strange herd of “unicorns”: an estimated 130 Silicon Valley companies with official valuations close to a $1 billion apiece but still in private hands. In the ordinary history of Silicon Valley, no private company obtained a billion-dollar market capitalization. Apple, Intel, Microsoft, Oracle, Cisco and other Silicon Valley stars only reached that level through public offerings that led to many hundredfold appreciation of their stock over long years.

These Silicon Valley IPOs thus reserved the bulk of the appreciation for Main Street, which held their shares through Wall Street. Venture capitalists did well, but the broad middle class captured a large share of the returns.

Displacing the open IPO market are exclusive games of elite horse-trading among the most exalted of “qualified investors”: the owners of the leviathans of the last generations of IPOs, such as Google and Facebook. Capped by regulatory tolls and encumbrances, such as Sarbanes-Oxley accounting rules, SEC fair disclosure regulations, medieval energy mandates, and the EPA’s “cautionary principle” that bars innovative manufacturing, the new Silicon Valley contains ascendant companies beneath a glass ceiling.

Today, mergers dwarf IPOs. Thus, every titan is more eager to purchase his startup rivals than to compete with them. This is a bad for finance: a traffic jam with no obvious exit to Wall Street—and a closed loop that excludes the middle class.

The Fed cannot solve a problem created by excessive regulation and control that has suppressed IPOs and real venture investment. More money from Washington at near zero interest rates will solve nothing. For successful capitalism, entrepreneurs, not politicians, must control capital.

For that to happen, interest rates must reflect real costs rather than the cost of printing money. No program to help Main Street and Silicon Valley can succeed without ending the domination of finance in our economy. The problem is a scandal of money creation; sound money, based on real growth, is the only solution. 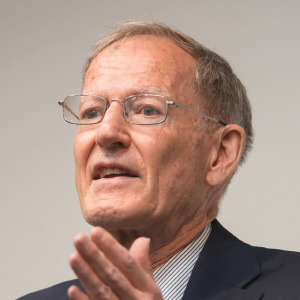