The simmering discussion of what role, if any, U.S. foreign policy may routinely play in bringing contempt and hatred down on America was bullied out of the marketplace in the wake of 9/11 by the contention that any criticism of foreign policy amounted to being an apologist for terrorism or a knee-jerk, blame-America-first type. As the presidential election year approaches, however, the debate has again surfaced, both on Capitol Hill and in the streets of America, and criticism has became nominally tolerated. But with the U.S. now nearing a wartime footing, one is again hearing that now is no time to be rehearsing the mistakes of the past or undermining our resolve by carping at the commander-in-chief. We simply don’t have that luxury, goes this argument.

The admonition not to carp over the mistakes of the past is not consistently applied, however. Many commentators have felt free, and have been given media time to lament the weakness and irresolution of the Clinton years. Distracted by Monica-impeachment et al., Clinton is said to have fired missiles randomly and insufficiently, and passed up several chances to have Osama bin Laden handed to him on a silver platter. “If only the military hadn’t been weakened, if only our foreign policy had been more resolute, if only the FBI and CIA hadn’t been so bureaucratic and inefficient, September 11 might never have happened.”

So apparently it is fair game to criticize U.S. foreign policy and harp on the past. Fine. Let’s have criticism, analysis and backbiting from as many angles as possible.

Suggesting, as I will, that U.S. foreign policy, and specifically its intrusive and interventionist character, was a contributing factor to the terror attacks is not to apologize for terrorism. Even if Al Qaeda’s cause were as “just and pure” as, say, Woodrow Wilson’s, nothing can justify that kind of wanton destruction, that deliberate attack on innocents who had nothing to do with creating your real or imagined grievances. I don’t know anybody who was not outraged.

If we really want to reduce our vulnerability to terrorism, however, surely it cannot be out of bounds to try to understand the rage, madness, twisted ideas or whatever that motivates terrorists. If we discover, as I’m convinced we will, that U.S. foreign policy contributed to that rage, we might well not change it. Life is full of trade-offs, and after assessing the risks and benefits we might well decide that a terrorist attack now and then is an acceptable price for being the acknowledged sole superpower and the bringer of truth and enlightenment to the places in the world where democracy and healthy markets have yet to be established. But we should discuss the risks and benefits openly, assuming that perfection is not to be found in this world and any policy will have both advantages and drawbacks.

Whether or not 9/11 can be classified strictly as “blowback”—the CIA-originated term for the unfortunate, sometimes unforeseen, sometimes violent or tragic results that accompany any operation, even a successful one, which Chalmers Johnson took for the title of his recent, pre-9/11 book criticizing U.S. foreign policy—U.S. foreign policy did play some role in motivating the attacks. Osama bin Laden, in statements prior to 9/11, specifically listed the presence of U.S. troops and bases in the land containing Mecca and other holy Islamic places as one of his grievances. Whether it was a real motivator or a pretext might be impossible to know without psychological analysis, but it’s got to be significant that he mentioned it. We know and have known that U.S. policy toward Israel—which I believe has been less lockstep than some critics claim but might be described as support-with-kvetching—angers many Muslims.

The United States has troops in more than 130 countries and interests and facilities virtually everywhere. It may well be unfair that others resent us, and it is undoubtedly true that resentment against the United States is stirred up and manipulated by ambitious and unscrupulous political opportunists. But fair or not, those resentments are there and are not likely to disappear. They are part of the price of empire, hegemony, success, desire to share benefits, great achievement, or whatever term you use to describe the U.S.’s place in the post-cold-war world. Any mature, reflective person, any leader with a smattering of historical understanding should know this.

It turns out—as pointed out by Independent Institute senior fellow Ivan Eland prior to 9/11 and based on Department of Defense studies—that the presence of heavy concentrations of U.S. troops, positions, or activity in some part of the world is closely correlated with increased terrorist activity. It’s hardly a surprise. The presence of a foreign power, even a perfectly benevolent one, will breed local resentment. The Defense Department knows this—they studied it first to put numbers and values on a phenomenon they knew intuitively was present.

If we acknowledge that a foreign policy of intervention, pre-emptive or preventive war and nation-building carries risks as well as benefits, we will be in a better position to develop intelligent policies based on full, realistic information rather than theories and dreams.

A few years ago political science Professor James Kurtz of Swarthmore College wrote a piece in the National Interest characterizing empires by the age and qualities of people they venerated. The Romans tended to admire young warriors and commanders, while the Austro-Hungarians admired seasoned, experienced people in their 60s or even their 70s, and so forth.

Kurtz characterized America as an “Adolescent Empire”—not just because we haven’t been at this empire business very long or very thoughtfully, but because we’re a culture obsessed with youth and beauty. We make Britney Spears and N’Sync enormously wealthy, and we want aging rock stars to sound just like they did back in their youth. Unfortunately, our attention span in foreign affairs is about as long as that of somebody who is already bored with Britney and searching rather aimlessly for the Next Big Thing.

However, this may not be such a terrible thing. Americans are notoriously self-obsessed, but remarkably innocent and on the whole benevolent and well-intentioned. The vast majority—outside a relatively narrow coterie of foreign policy professionals and “defense intellectuals,” whatever that might be—haven’t the slightest interest in running an empire. In order to have their way, however—to be able to worry more about refinancing or decorating your house or supporting the symphony or whatever stirs one’s enthusiasm rather than what some resentful loser on the other side of the world wants to do to you—they might have to take some interest in foreign affairs just long enough to derail the small-band of would be world-fixers who are running things now and seem intent on getting us into more wars.

The danger, however, is when instead of acts of self-defense, such efforts become interventionist crusades abroad and the muzzling of debate and opinion at home. America’s Founders fought an empire in order to create a republic, and they were firmly opposed to re-creating a new empire, with the requisite foreign adventures, entangling alliances, and tyrannical policies. We would be wise indeed to take their advice now in dealing with terrorism and end U.S. interventionism. 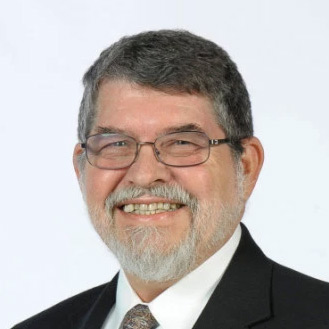 Alan W. Bock (1943–2011) was a Media Fellow at the Independent Institute and columnist for Antiwar.com
Defense and Foreign PolicyDiplomacy and Foreign AidGovernment and PoliticsGovernment Power

RELATED
The States that Are Falling Behind in Economic Freedom
Paul Volcker’s Recipe for Prosperity
Concentrate Where the Murders Are Concentrated
Four Ways to Get What You Want
Texas Conservatives Should Not Support Banning Land Sales to Foreigners
It’s Time to Put a Brake on the Debt-Ceiling Charade
The Garage Papers: From Alger Hiss to Sandy Berger, Hillary Clinton and Joe Biden, it’s all about memory against forgetting.
Who Is ‘Accountable’ to Whom?
South Carolina Lawmakers Bear Responsibility for Supreme Court’s Abortion Ruling
‘Belief in Freedom’ Is Bad for You
Does the U.S. Need to Contain China in Africa?
Feds Are Profiting Off of Policy: Only Voters Can Stop Them