Airline Cartel on the Loose?: News: The Independent Institute

According to the U.S. Bureau of Transportation Statistics, an astounding 649 million domestic flights were booked in 2014. Whether for business or pleasure, roughly half of all Americans flew round-trip last year. With such a volume of customers, the U.S. airline industry posted nearly $30 billion in profits in 2014.

These seemingly sky-high profits have raised red flags for some consumer advocates and government agencies. A recent subpoena from the Department of Justice revealed that United, Southwest, American and Delta airlines are all being investigated for “possible unlawful coordination” and allegedly participating in collusive activities. Some have pointed to a string of mergers within the industry and airlines’ annual profits as proof that the industry is acting like a cartel, arguing that this collusive behavior raises prices unfairly to customers. Indeed, many have praised the investigation, suggesting the government should further regulate the industry to increase competition.

Without a doubt, the airline industry is highly concentrated, with fewer firms operating today than even five years ago. In fact, 14 mergers have taken place since 2000, the most recent being the 2013 merger of U.S. Airways and American Airlines. Today, the four largest U.S. airlines control approximately 85 percent of domestic air travel, compared to 60 percent in 1999.

But perhaps we shouldn’t hit the streets with torches and pitchforks to protest the “airline cartel” just yet. In fact, the existence of fewer firms in the industry may be a good thing—for producers and consumers alike.

Economics teaches us that the presence of only a few firms in a market does not mean competition is absent or consumers are being preyed upon. In fact, the very opposite may be true. Take, for example, what economists call “natural monopolies.” Due to the cost structure of certain industries, a single firm could produce a product more cheaply than could many small firms. In such instances it’s actually better to have only one firm in the market than many. Multiple firms would mean higher costs and, ultimately, higher prices for consumers.

It follows from this logic that the mergers cited as a breakdown of competition may actually be a good thing in the airline industry. Bankruptcy has been cited as the primary reason for many recent mergers. This would imply that much of the industry’s consolidation is not due to firms colluding to grow their profits, but rather to attempts to preserve businesses and improve efficiency.

The idea that airline profits indicate collusive or monopolistic behavior falls apart on further inspection. Although $30 billion may seem lucrative, profit margins for airlines have been dismal over the last 60 years—less than 1 percent on average. Those are some of the lowest reported in any domestic industry. If airlines were effectively colluding, we’d expect higher profits.

There is yet another reason to question the allegations of collusion—ticket prices. They have actually fallen about 50 percent since the 1970s. In 1974 a flight from New York to Los Angeles, for example, cost more than $1,400 in today’s dollars. Today, the same flight can be found for as little as $278. Since 2000, ticket prices have decreased 18 percent.

Those concerned about airline competition may want to advocate less government regulation, not more. Although this may seem counterintuitive, economics and history teach us that collusion is exceedingly difficult to begin and maintain—unless government protects it. Absent government protection, colluding firms are constantly threatened by outside competitors that will chip away at their market share.

Moreover, firms trying to collude face strong incentives to renege on their deals with their co-conspirators. If the major airlines agreed to fix prices, for example, each airline would face an incentive to drop its prices to draw away competitors’ customers and increase its bottom line. Taken together, these factors mean collusive agreement tend to fall apart.

It’s easy to look at industries like the airlines and accuse them of the worst. But before we assume that firms providing a valuable service to millions of people are being unfair, we must examine the facts. Otherwise, we all may wind up grounded. 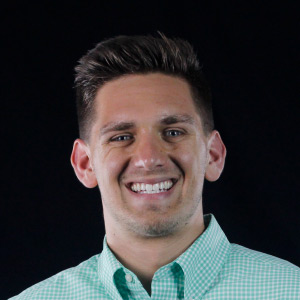 Mark LaPrairie is the former 2015 summer Associate Student Programs Director at the Independent Institute.
Antitrust, Competition, and MonopolyBusiness and EntrepreneurshipEconomic History and DevelopmentEconomyEnergy and the EnvironmentRegulationTransportation

RELATED
Liberties Are Only Kept Safe by the Limitation of Government Power
Jordan Peterson: Why I Am No Longer A Tenured Professor at the University of Toronto
Just Say No to Biden and Fauci’s Universal Vaccination Nation
The Collapse of Communism
Free Markets, Not Slave Markets
Price Controls and Government Spending Won’t Fix Inflation
Three Principles for Monetary Institutions: Review of Money and the Rule of Law
The Return of Latin America’s Hard Left