Asked if he would trade some economic growth for “a more equitable distribution of wealth,” presidential hopeful and senator Bernie Sanders replied: “Yes.... You don’t necessarily need a choice of 23 underarm spray deodorants or of 18 different pairs of sneakers when children are hungry in this country.”

The contrast of shelves full of deodorants or sneakers with hungry kids may tug at the heartstrings, but Sanders’ reply displays striking economic ignorance. He seems to suggest that children are hungry because the rest of us have a variety of consumer products to choose from. More poor kids would eat better, he seems to be saying, if we had fewer choices. Balderdash.

If that were really the alternative confronting us—food for all versus frivolous variety—this would be a sad world indeed. Many of us would be tempted to give up the variety so that others may eat.

But that is not the alternative which confronts us. Kids are not hungry because the stores are stocked with a variety of deodorants and sneakers.

Of course we live in a world of scarcity. Resources used to produce one thing cannot also be used to produce something else. That fact seems to go in Sanders’ favor, but it can’t be the full story. After all, over the last few hundred years, many more people have attained higher living standards than ever before. The human population has never been larger—or more generally richer. How can that be? The world has no more basic stuff than it had thousands of years ago, yet even in the poorest countries, people have access to more consumer goods and live longer lives than previously.

The explanation is that human ingenuity, which the late economist Julian Simon called “the ultimate resource,” enables us to produce more things with fewer resources and less energy. The result is a general prosperity that would have astounded our not-too-distant ancestors.

What keeps kids hungry in America today is not a diversion of resources to deodorant or sneakers (or other products consumed by people at all socioeconomic levels). What keeps kids hungry—and what produces extremes in income disparities—are government-erected barriers to individual enterprise and economic advancement. Government’s schools virtually lock poor kids into lives of dead-end jobs and low incomes. Its occupational licensing, zoning, and other anticompetitive regulations make starting small home-based businesses more formidable. Its drug war makes poor neighborhoods dangerous and inhospitable to stable local economies. Its manipulation of money and banking generates recessions that wreak havoc on the most vulnerable people in our society. All together this regime of social engineering and cronyism—the very opposite of the free market—enriches the few at the expense of the many, especially those who start out at the bottom.

If Sanders really wants no child to go hungry, if he really despises gross income disparities, he ought to direct his attention to replacing this system of privilege, which masquerades as a welfare state, with personal freedom for everyone. Instead, he and other so-called progressives seek to empower politicians and bureaucrats rather than the people themselves. Reflexively Sanders and his ilk favor minimum-wage laws and other bureaucratic interventions that have proven futile—no, self-defeating—in helping the poor. Progressives see the consequences of poison—and prescribe more poison.

That approach is reactionary, paternalistic, and elitist. It’s reactionary because it opposes enlightened free-market reforms that the poorest among us need most of all. In opposing such reforms, Sanders, no doubt unwittingly, protects the privileges and subsidies of those most adept at navigating the halls of power. They’re not the poor.

It’s paternalistic and elitist because it sneers at people’s freedom of choice: “You don’t necessarily need a choice of 23 underarm spray deodorants.” Maybe people want a variety of products to choose from. That’s none of Sanders’ business. 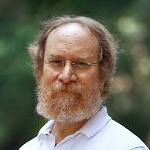 RELATED
A Dispatch from the Corporatized Dystopia: Bring on the Chains!
Debt Ceiling Kabuki: Republicans Will Cave and U.S. Government Finances Will Get Even Worse
Texas Conservatives Should Not Support Banning Land Sales to Foreigners
Reckless Reparations Reckoning
San Francisco Falls Into The Abyss
It’s Time to Put a Brake on the Debt-Ceiling Charade
The IMF and Sri Lanka Are Partners in Delusion
Who Is ‘Accountable’ to Whom?
Does the U.S. Need to Contain China in Africa?
Feds Are Profiting Off of Policy: Only Voters Can Stop Them
Police Failures in Philadelphia Have Made Private Policing More Attractive
When Putin Turned His Back on Reaganomics