Recent Marijuana Legalizations Are a Step in the Right Direction: News: The Independent Institute

Recreational marijuana use was legalized in Washington D.C. and Alaska on Feb. 26th and 24th, respectively. D.C.’s legalization has prompted some congressional Republicans to try to undermine the city’s reforms. However, the experience of states that have already legalized, and economic theory, both indicate that legalization creates more benefits than costs.

Recreational use and possession of marijuana up to two ounces is now legal in Washington D.C. for individuals 21 years of age and over (one ounce in Alaska). Although the sale of marijuana is still illegal in D.C., gifts of up to one ounce are permitted. Marijuana must be consumed on private property and individuals are allowed to “homegrow” up to six marijuana plants in both D.C. and Alaska. Alaska plans to allow marijuana retailer licensing beginning in 2016 but DC has not announced any plans to legalize the sale of marijuana.

This has angered congressional Republicans such as Rep. Jason Chaffetz (R-UT) and Rep. Mark Meadows (R-NC). Chaffetz and Meadows sent the mayor of DC a letter stating “If you decide to move forward tomorrow with the legalization of marijuana in the District, you will be doing so in knowing and willful violation of the law.”

But one has to wonder why. Colorado and Washington State have had legalized marijuana since 2012 (stores and dispensaries first opened in 2014) and appear to be doing quite well. Colorado experienced a 77 percent drop in marijuana court cases and an 81 percent decrease in petty possession charges. That freed up police resources to prevent other crimes. Denver violent crimes dropped between 2013 and 2014. Homicides were down 24.4 percent, rape down 2.5 percent, and robbery down 3.3 percent. Property crimes such as burglary were down 9.55 percent, theft from a motor vehicle was down 21.8 percent, and auto theft dropped 1.1 percent.

Nor did legalization lead to reckless behavior on the roads. Overall traffic fatalities in Colorado fell from 481 in 2013 to 466 in 2014.

But what about the kids? Survey data from Colorado in 2013 shows that teen marijuana use is on the decline. According to a new working paper by economist Jeffrey Miron, Colorado school suspensions and high school dropout rates have also been on the decline since 2012. Nor has illicit drug use by minors increased. Survey data indicates that rates of recent marijuana usage by 12 to 17 year olds dropped slightly from 4.14 percent to 3.72 percent in Colorado and from 4.49 percent to 3.70 percent in Washington between 2011-2012 and 2012-2013 respectively.

America’s supply-side drug war has been failing for years. The demand for most drugs is not very price sensitive. As a result, supply-side wars drive up prices that do little to decrease consumption. Meanwhile, black market incentives drive suppliers to create ever more dangerous products.

The government spends more than $50 billion annually on the war on drugs and more than a half a million people are incarcerated in the United States as a result of drug convictions. Yet, few benefits are achieved from it. From 1971 — two years before the creation of the Drug Enforcement Administration – to 2007, the rate of death from a drug overdose per 100,000 total deaths increased by a factor of ten.

Marijuana, as legalization advocates often point out, is one of the least dangerous drugs out there. Successful legalizations, like Colorado’s, have encouraged five more states to put legalization on the ballot in 2016 and another five states to work on legalization through the state legislatures.

Instead of hindering D.C.’s effort to legalize marijuana, Congress should be eliminating federal laws that are inconsistent with states’ legalizations. In fact, evidence indicates that we would likely be better off if they legalized marijuana at the federal level too. 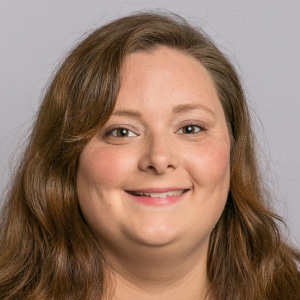 Audrey Redford is a Graduate Research Assistant at the Free Market Institute and a Ph.D. student in the Department of Agricultural & Applied Economics at Texas Tech University.
Crime, Criminal Justice, and PrisonsDrug WarLaw and LibertyPolicing

RELATED
Concentrate Where the Murders Are Concentrated
Four Ways to Get What You Want
What the Populists in Congress Get Right and Get Wrong
Reckless Reparations Reckoning
San Francisco Falls Into The Abyss
The Garage Papers: From Alger Hiss to Sandy Berger, Hillary Clinton and Joe Biden, it’s all about memory against forgetting.
Feds Are Profiting Off of Policy: Only Voters Can Stop Them
Police Failures in Philadelphia Have Made Private Policing More Attractive