The Pope Should Read Public-Choice Theory: News: The Independent Institute

Several weeks ago, just before Christmas, Pope Francis gifted members of the Roman curia — the central government, if you will, of the Roman Catholic Church – with an account of the ways in which “sickness, malfunction and infirmity” have infected that holy body. His diagnosis, detailed in a December 22 Vatican news release, suggests that the pope did not anticipate that sitting in St. Peter’s seat would enroll him automatically in a course in the public-choice economics of bureaucracy.

Bureaucracies are organizations that don’t live or die because of their performance in a competitive market. But that doesn’t mean that the humans who populate these bureaucracies, whether secular or sectarian, are not motivated primarily by self-interest. As anyone who has applied for or renewed a driver’s license, visited a post office, sought approval of a building permit, filed an income-tax return, or enrolled a child in a public school knows, the Progressive Era vision of a professional civil service has resulted in employees who are rule-bound, hesitant to make decisions or take responsibility, and reluctant to adopt innovations that would save time or taxpayer expense.

It should be no surprise that the pontiff’s world works in much the same way. The Catholic Church has been described as the world’s first multinational corporation. Pope Francis oversees myriad governing bodies – congregations, tribunals, councils, synods of bishops – each of which performs different administrative or service functions for the Catholic laity. In the face of all this complexity (and the absence of market feedback), how are decisions about the stewardship of the Vatican’s resources to be made?

Public-choice scholars have answered that question. The late Gordon Tullock of George Mason University, for one, emphasized the importance that bureaucrats attach to currying their supervisors’ favor. Underlings keep their jobs (and get promoted) by making themselves and their bosses look good. William Niskanen, another public-choice pioneer, highlighted the bureaucrat’s desire to maximize the bureau’s size and budget. Since it is difficult to measure how effectively a bureau achieves its goals, particularly when its purposes are charitable or educational, the tendency is to focus on what can be observed — the number of “clients” receiving benefits or the operating budget necessary to serve them.

Both approaches can be boiled down to the idea that the primary objective of any bureaucrat is survival. Pope Francis’s rebuke suggests that this instinct is obvious even within the curia.

The first ill on Pope Francis’s list was the “sickness of considering oneself ‘immortal,’ ‘immune,’ or ‘indispensable.’” The pontiff is astute in observing this behavior, but he erred in diagnosing it as an illness. The desire to survive is at the heart of any healthy organism. The animal that doesn’t eat will not last long, and the bureaucrat who can’t convince higher-ups that the bureau’s services are “indispensable” will disappear just as quickly. This survival goal leads quickly to another illness observed by Pope Francis, “the sickness of deifying leaders . . . with the hope of receiving their benevolence.”

Francis also pointed to a “spiritual Alzheimer’s disease, or rather forgetfulness of the history of Salvation, of the personal history with the Lord, of the ‘first love.’”

“Spiritual Alzheimer’s” sounds much like bureaucratic mission creep, a predictable side effect of the survival instinct. Mission creep occurs when bureaucratic units take on additional responsibilities in an effort to ensure their continued relevance and funding.

“The ailment of excessive planning and functionalism,” a further ill diagnosed by Francis, is another a predictable consequence of the bureaucratic survival instinct. In hierarchical organizations, the implementation of plans often requires the support of superiors (who require the support of their superiors). This kind of thinking leads quickly to an attitude recognized by Adam Smith, father of modern economics, as characteristic of the “man of system . . . who seems to imagine that he can arrange the different members of a great society with as much ease as the hand arranges the different pieces upon a chess-board.”

Given that a majority in the curia seems to have adopted this mentality, it is little wonder that Pope Francis finds these colleagues frustrating. Perhaps his message is less an indictment of the curia than a lesson in the dangers and limitations of bureaucratic organization.

Pope Francis is the product of a South American political climate affected by “liberation theology.” He is happy to put authority in bureaucratic hands to further political causes, including efforts against “climate change” and “income inequality,” that are dear to the Left. If he is serious about curial reform, however, as he gives every indication of being, he might want to peruse more of the public-choice literature on bureaucracy and on the political process generally. 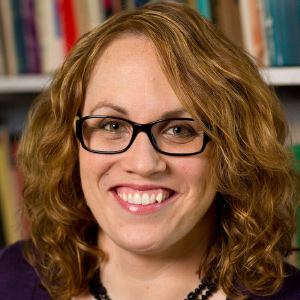 Jayme Lemke is Visiting Assistant Professor of Economics and Finance in the Jon M. Huntsman School of Business at Utah State University.

RELATED
Paul Volcker’s Recipe for Prosperity
Ownership, Control, and Reform: Market-Based Approaches to Universities
A Dispatch from the Corporatized Dystopia: Bring on the Chains!
Debt Ceiling Kabuki: Republicans Will Cave and U.S. Government Finances Will Get Even Worse
Texas Conservatives Should Not Support Banning Land Sales to Foreigners
Reckless Reparations Reckoning
San Francisco Falls Into The Abyss
It’s Time to Put a Brake on the Debt-Ceiling Charade
Who Is ‘Accountable’ to Whom?
Feds Are Profiting Off of Policy: Only Voters Can Stop Them
Police Failures in Philadelphia Have Made Private Policing More Attractive
When Putin Turned His Back on Reaganomics