The U.S. Department of Justice and the Federal Trade Commission are busier than ever before in history as antitrust law enforcement agencies, and that’s bad news for American businesses. The Justice Department’s recent decision to allow the merger of American Airlines and US Airways, conditional on the selling of a comparative handful of the two carriers’ takeoff and landing slots at Washington Reagan National and New York’s LaGuardia airports, is a poster child of the Obama administration’s competition policy stance during the president’s first term in the White House.

In the course of protracted bankruptcy proceedings, American Airlines was able to obtain backing from its creditors and three of the key labor unions representing its workers. Their support was conditional on the airline’s restructuring plan, which included a merger with US Airways, to create a company large enough to compete effectively with Delta and United airlines. The Justice Department had not long ago approved the Delta Air Lines’ and United Airlines‘ mergers with, respectively, Northwest and Continental without raising any major concerns about their effects on the flying public. The government’s challenge to the proposed American-US Airways combination, announced last August, threw a monkey wrench into the restructuring plan, which kept the two companies in bankruptcy limbo for three months.

The Justice Department surprisingly reversed course in early November, when it announced that the merger could be consummated — if the two companies relinquished control of about 100 of the more than 1,000 airport slots they owned nationwide where consumers possibly would face higher airfares, poorer service, or both, if the two airlines combined their flight operations.

“Possibly” is the operative word here. The analysis of the effects of mergers on relevant markets requires the antitrust authorities to predict ahead of time what the competitive consequences of business consolidations might be, without knowing how they actually will turn out. Despite the fact that many of the government’s lawyers and economists are smart and perhaps even well meaning, that knowledge exceeds their capacities.

Moreover, the antitrust law enforcement decisions are vulnerable to the influence of special-interest groups, as we recently documented in a Cato Institute policy analysis. When it comes to reviewing mergers, such groups work hard to have their preferences represented in the final decision. In the case of the American-US Airways consolidation, one cannot ignore the parochial interests in low airfares of Washington’s political elites, who frequently fly out of and return to Washington Reagan National as well as to the Big Apple’s LaGuardia Airport.

“Structural” antitrust remedies for concerns raised about the possible anticompetitive effects of business practices often require merging companies to divest some of the assets that otherwise would be combined. Such remedies end merger challenges in ways that are easy for the antitrust authorities to monitor and enforce. Economic analyses of merger law enforcement activities since at least the early 1950s conclude, however, that structural remedies often fail to restore competitive market conditions because devising effective remedies often is less important to antitrust bureaucrats than “nailing a scalp” to the wall.

More troublingly, as we emphasized in our Cato policy analysis, antitrust law enforcement during President Obama’s first term stressed so-called behavioral remedies. Examples of such remedies include anti-retaliation requirements, which are supposed to keep the partners in a merger or joint venture from using their market power to retaliate against customers who contract with competitors, or “firewalls,” put in place to prevent the communication of sensitive customer information between two branches of a newly joined company. Such behavioral remedies require intrusive and ongoing monitoring of business decisions, which transform the antitrust agencies into garden-variety regulatory agencies. This is a role for which they are not well-suited, erecting hurdles that thwart the entry of new business entities and the expansion of existing ones, thereby stifling economic growth.

Prior to her appointment by Mr. Obama to the post of assistant attorney general for antitrust, Christine Varney stated that her aim was to reverse “lax law enforcement” during the George W. Bush administration. Under her leadership, the Antitrust Division was going to pay particular attention to fraud and corruption in the distribution of taxpayers’ monies to finance “shovel-ready” projects under the American Recovery and Reinvestment Act. Also scrutinized would be alleged anticompetitive business practices in high-technology and Internet-based markets, with Apple, Google, Ticketmaster and Comcast and others in the antitrust cross hairs. She even went so far as to wildly claim that the Great Recession was caused in part by antitrust-policy failures during the previous eight years.

It is now equally plausible to claim that the Obama administration’s activist, anti-market-friendly antitrust agenda helps explain in part the nation’s failure to return to the path of economic prosperity. 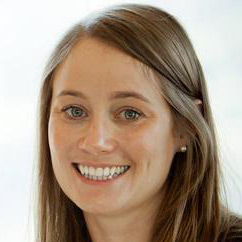 Diana W. Thomas is a Senior Fellow at the Independent Institute, Associate Professor of Economics and Director of the Institute for Economic Inquiry in the Heider College of Business at Creighton University, and Co-Editor of The Independent Review: A Journal of Political Economy.

RELATED
Refundable Tax Credits Could Be the Healthcare Reform We Need
The FDA Could Easily Solve the Baby Formula Shortage by Allowing More Imports from Europe
Congress Has a Stake in the Dollar’s Integrity
Which Economists Should Have Gotten Nobels Before They Died?
California Rejects Four-Day Workweek, but Supporters Haven’t Given Up
Whatever Happened to the $15 Minimum Wage?
David Theroux: Gentleman, Scholar, Entrepreneur
University of California Suicide Watch
There Is No Balm in Gilead
You Thought Tax Day Was Bad? Biden Has Worse in Store
Delta Doesn’t Owe Me More Legroom
Religion, Science, Freedom